Endemic locust species observed eating its own males in Turkey 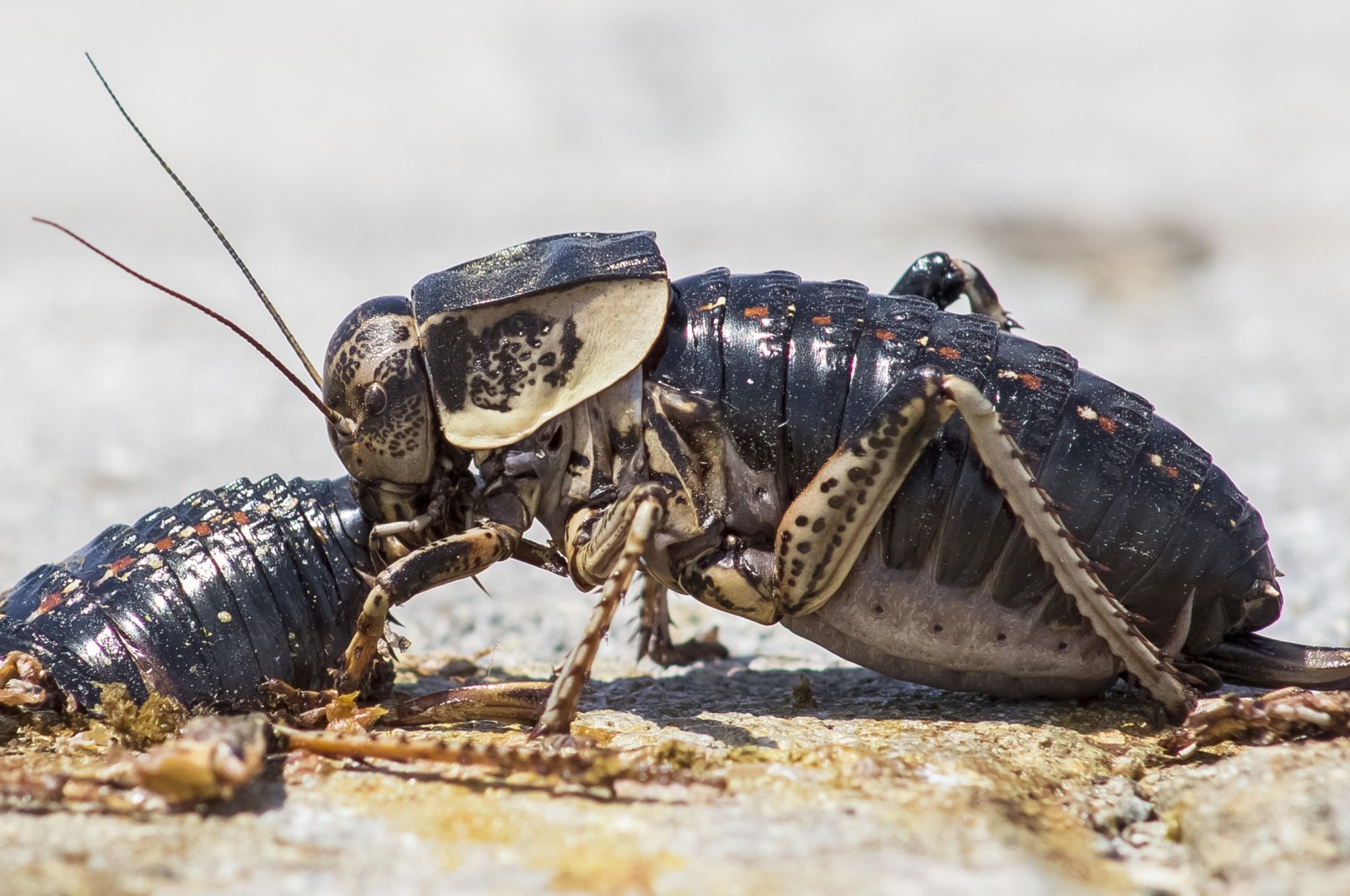 Females of an endemic species of locust, colloquially known as the fat locust, have been observed eating males alive to have more qualified spawn in Turkey’s southeastern region.

The Bradyporus karabagi species lives only in southeastern Turkey and has been spotted around the Karacadağ dormant volcano, located between Diyarbakır, Şanlıurfa and Mardin provinces. Officials made an application to the International Union for Conservation of Nature (IUCN) in 2017 to include fat locusts on the IUCN Red List of Threatened Species. Bradyporus karabagi has not been able to spread its habitat to a larger area because it is a wingless species, experts say.

Speaking on the issue, professor Ali Satar of Dicle University told Demirören News Agency (DHA) said that although cannibalism is a common practice among the ensifera suborder of insects, they witnessed this practice for the first time among the Bradyporus karabagi species.

“We are really surprised to see these images because we had never witnessed the practice of cannibalism among this species,” he said.

“It is still not included on the (IUCN) list. I hope it will be soon because they are only living in this area," he said, adding that the species mainly eats plants.

Satar also thanked DHA correspondents for photographing Bradyporus karabagi and called on local authorities to curb pesticide activities in the region to save the endangered endemic species.