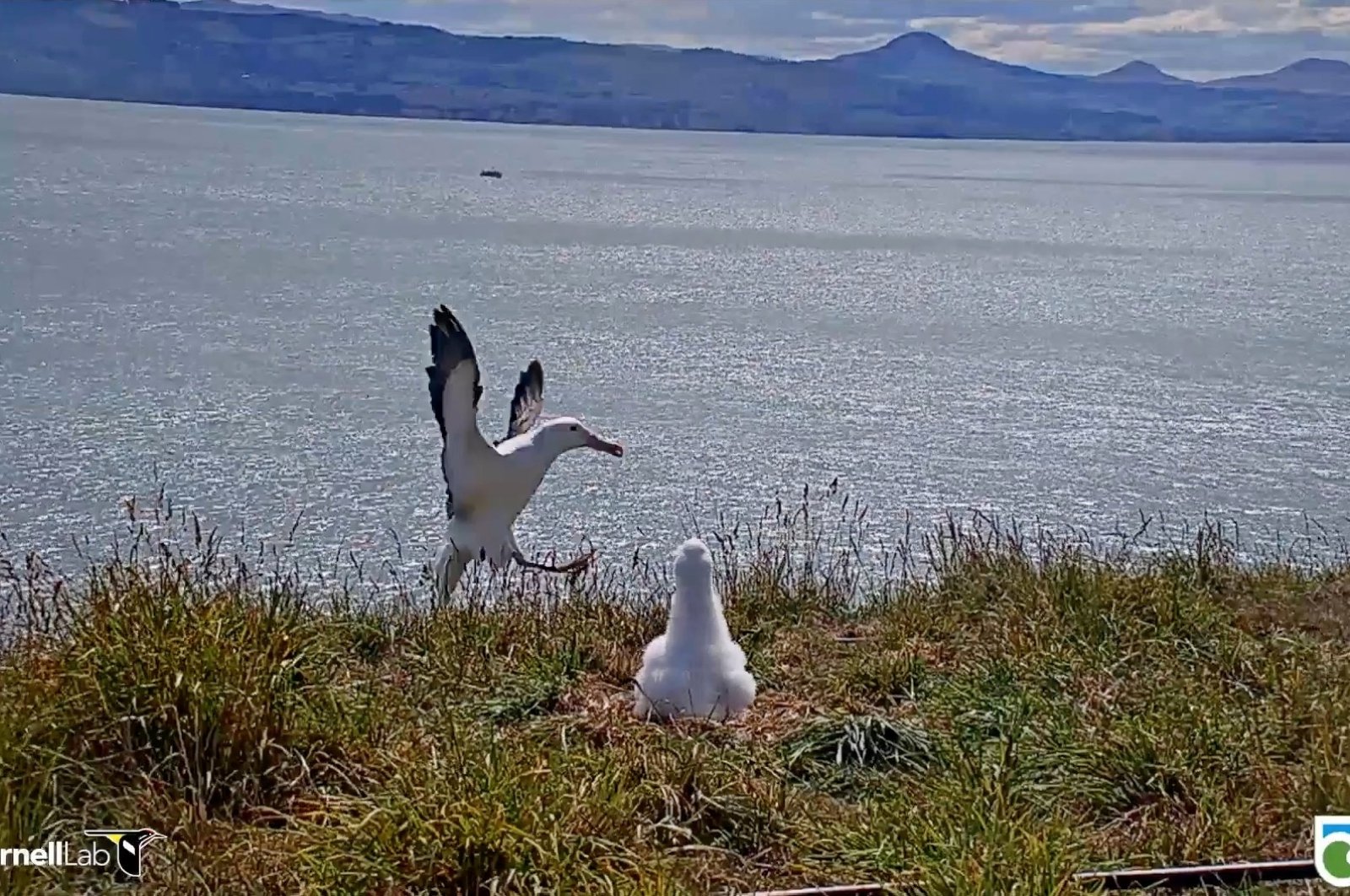 An albatross falls over while attempting to land at Taiaroa Head Nature Reserve, as a chick looks on, South Island, New Zealand, March 6, 2021. (New Zealand DOC via Reuters)
by Reuters Mar 12, 2021 4:09 pm
RECOMMENDED

A livestream camera at a New Zealand nature reserve has caught a Royal Albatross making an awkward landing, with the video of it faceplanting now propelling the bird to fame.

The video, shot at the Taiaroa Head Nature Reserve in Dunedin on New Zealand's South Island, shows an albatross landing on its face, legs flailing, before it manages to right itself as a chick watches on.

It has been watched over 660,000 times since being posted on Saturday, with several people on Twitter commenting on their similar experiences while skiing or speculating what the albatrosses might have been thinking.

Flying for the albatross is mainly effortless, landing can be a little bit harder. #RoyalCam chick had a front row seat to a ‘how not to land’ lesson.

Lucky for the somersaulting alby, recovery was quick and only the chick was watching!!https://t.co/9A481yiiom pic.twitter.com/WsPGdxsu1g

"Flying for the albatross is mainly effortless, landing can be a little bit harder," is the wry commentary on the Twitter post accompanying the video by the Royal Albatross Cam.

Set up in 2016, the Royal Cam, as it is known for short, is a 24-hour livestream of the albatross nest during breeding season set up by the New Zealand Department of Conservation (DOC) and the Cornell Lab of Ornithology.

Royal albatrosses are among the largest seabirds in the world and regularly live into their 40s, according to the DOC website. They are considered "at risk" by the DOC.

"Lucky for the somersaulting alby, recovery was quick and only the chick was watching!!," was the final word from the Royal Cam account.