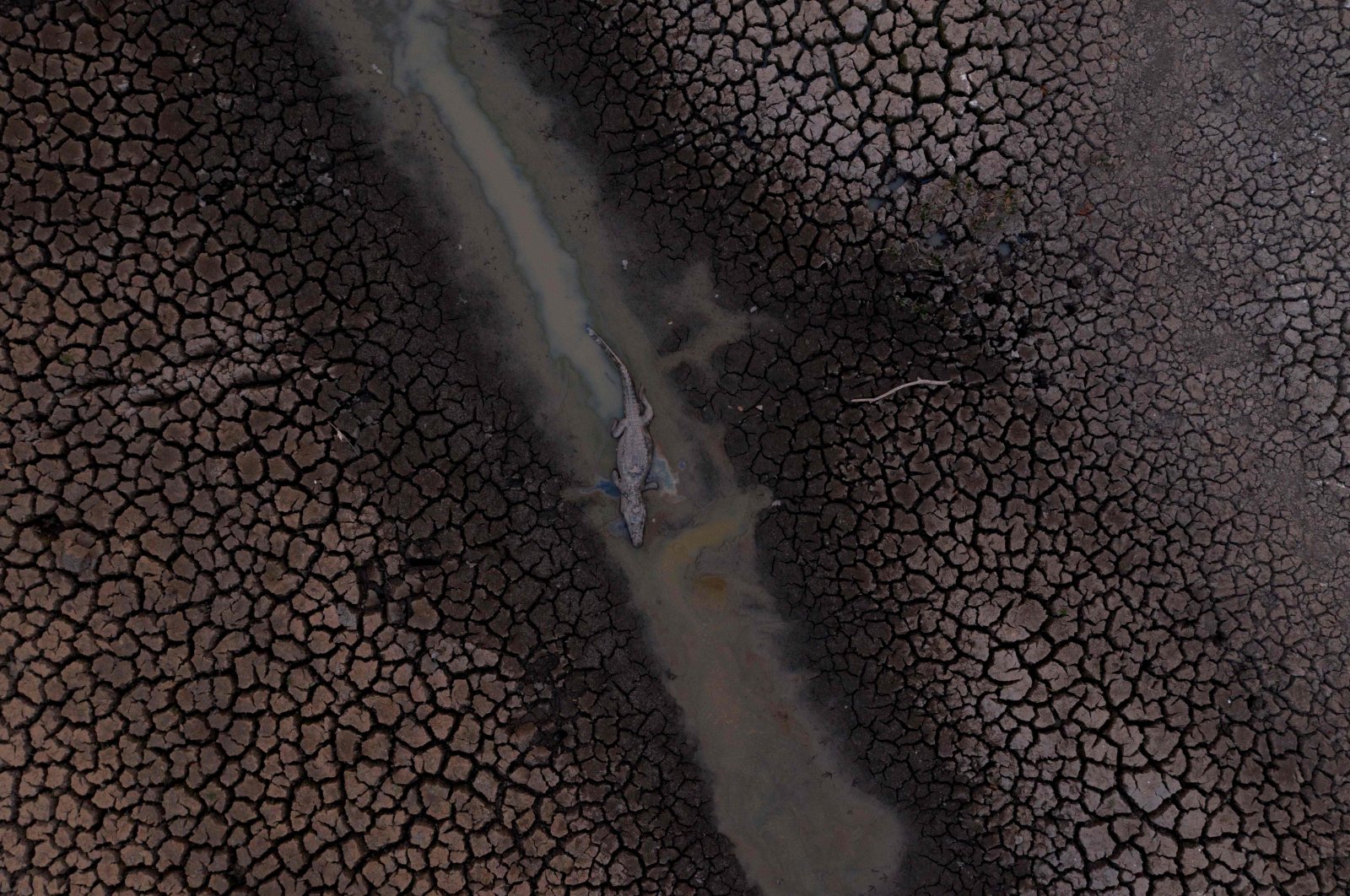 A dead alligator is seen at the wetland of Pantanal at the Transpantaneira park road in Mato Grosso state, Brazil, on Sept. 12, 2020. (AFP Photo)
by Agencies Sep 15, 2020 9:04 am
Edited By Yasemin Nicola Sakay
RECOMMENDED

Fires are raging in the wetlands of west-central Brazil, leaving behind a vast swath of charred ruins in a paradise of biodiversity. The enormous fires have destroyed nearly 12% of the world's largest tropical wetland, partially reducing to ashes one of the most biologically diverse ecosystems on the planet.

The fires, often set by ranchers and farmers to clear land but exacerbated by the severest drought in 47 years, are out of control, authorities say.

The situation has prompted the government to declare a state of emergency on Monday for the state of Mato Grosso do Sul over fires in Pantanal.

The decree means the state government can receive federal funds for relief efforts and firefighting, according to local media reports. It was not immediately clear how much funding they would receive and when.

Environmental authorities, soldiers and local firefighters have been battling the blazes. Between January and Sunday, 14,489 sources of fire were registered, compared with 4,699 in the same timeframe last year. Fires have already destroyed 10% of Pantanal this year.

The ground in Pantanal is so dry that a spark is enough to start a fire. Flaring is the easiest and cheapest way for small farm owners to clean fields and prepare them for sowing, but sometimes the fires get out of hand.

Like in the Amazon region, the Pantanal is also threatened by land grabbing for cattle pastures and soy cultivation.

The Pantanal, which also covers areas of Bolivia and Paraguay, is home to roughly 1,200 vertebrate animal species, including 36 that are threatened with extinction. The region is home to rare birds and the world's densest population of jaguars.

Scientists say the magnitude of the loss cannot be estimated. Brazilian media are saying the area affected is around the size of Israel and Palestine.

Satellites of the National Institute for Space Research reported that from January to September, 14,764 fire spots swept the Brazilian side of this biome, an increase of 214% from the same period in 2019.

The fires in the Pantanal this year quadruple the size of the largest fire in Brazil's Amazon rainforest, according to the U.S. National Aeronautics and Space Administration (NASA).

The Pantanal is smaller and less known than the Amazon jungle, but the region has abundant waters and a strategic location.

The fires in the Brazilian Amazon have been strengthening, aggravated by deforestation, for which environmentalists blame President Jair Bolsonaro, accusing him of encouraging intervention in protected lands.