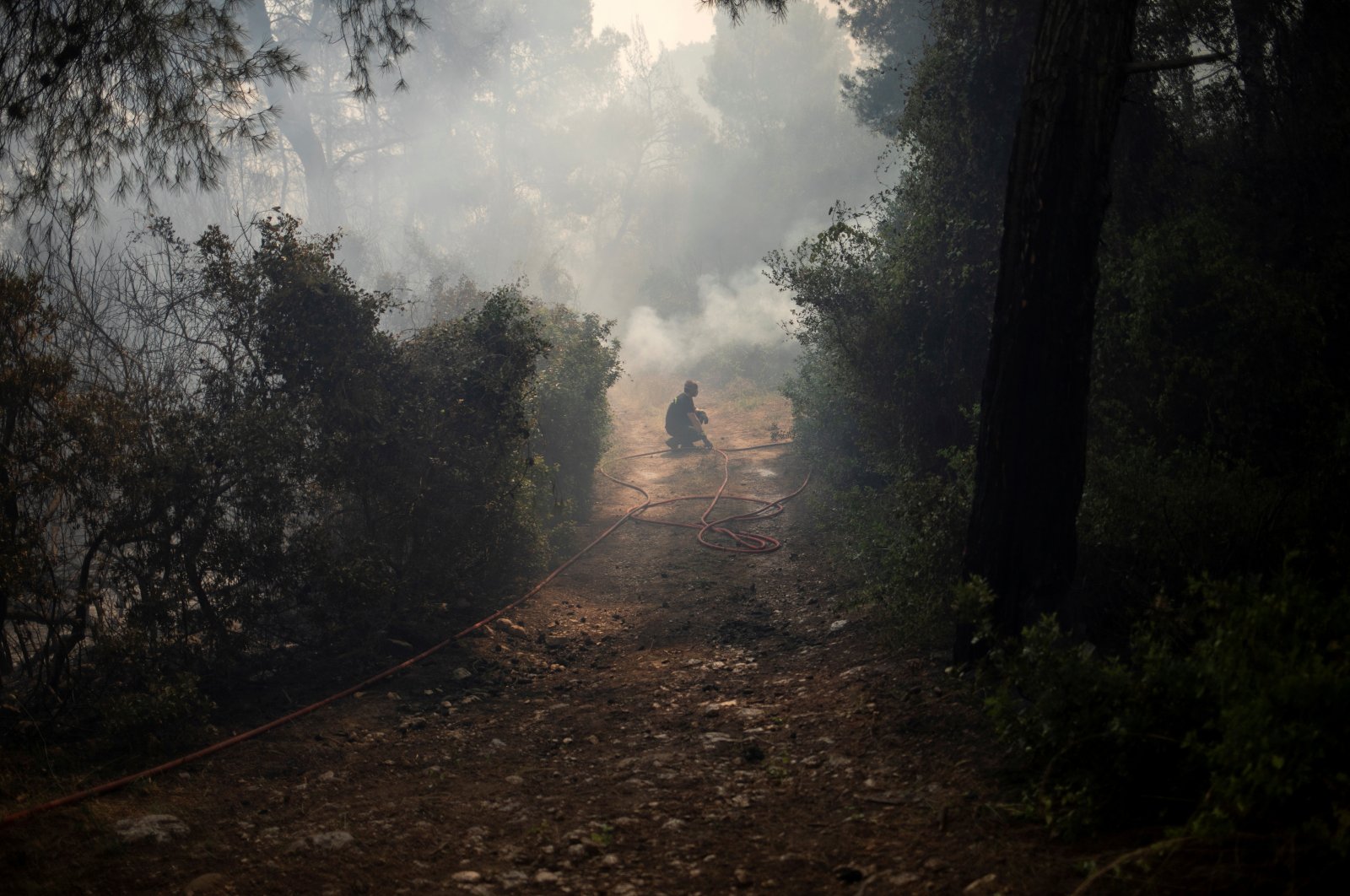 Holidaymakers and local villagers had to be evacuated Saturday before Greek firefighters managed to bring over 50 wildfires, fanned by high winds along the coast under control on Sunday with the help of aerial water bombers, helicopters and hundreds of firefighters and volunteers as the country battles with extremely high temperatures.

Tourists and locals were among 500 people who fled Niborio village on Evia island off the Attica peninsula which also encompasses the capital Athens, after a large blaze ripped through a forest on Saturday.

"The fire with the help of the wind moved south and as a result the Fire Brigade officer in charge asked for the preemptive evacuation of the Niborio inhabitants," civil protection deputy minister Nikos Hardalias said in a televised emergency briefing Saturday after 51 fires were declared.

Four fires, all in areas of dried grass, were also burning simultaneously in different locations in the western Attica towns of Elefsina and Aspropyrgos on Saturday, while a forest fire in Varnavas, in the northeast of the peninsula, raged without threatening homes.

By Sunday, all the fires were under control, the Fire Brigade said, while in Evia a 57-year-old man was arrested for arson.

According to ANA news agency, he is a farmer who told police that while trying to crank start his van, sparks from the exhaust set grass alight and burned through 400 hectares of vegetation.

The Civil Protection department issued a high-risk warning of wildfires over Sunday.

In 2018, 102 people died in the coastal resort of Mati, near Athens, in Greece's worst-ever fire disaster.

According to Kathimerini daily, 179 fires were caused by negligence and 26 deliberately set in 2020.