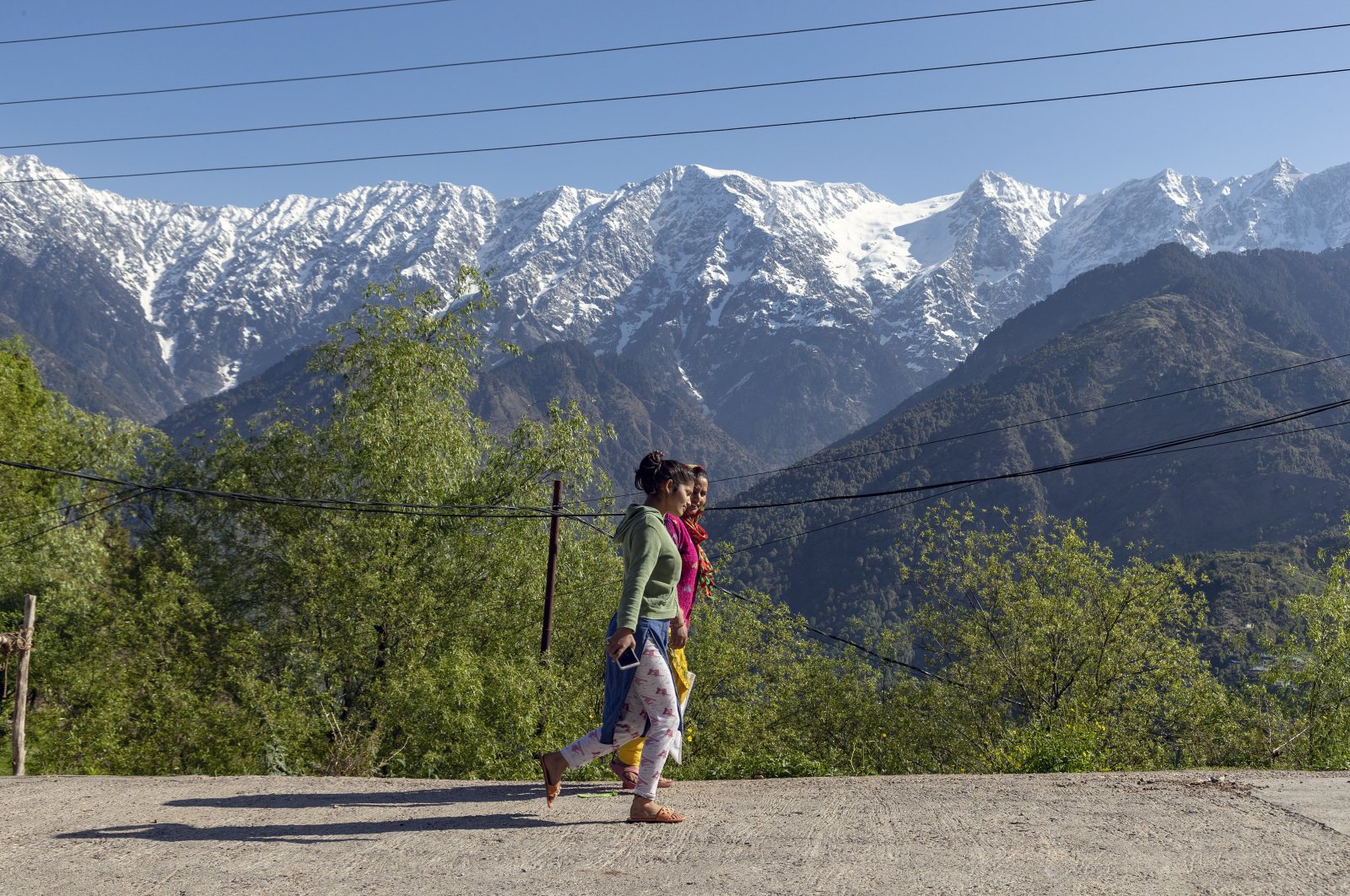 Women walk against a backdrop of the snow-covered Dhauladhar range of the Himalayas during relaxation in the curfew imposed to check the spread of the coronavirus in Dharmsala, India, April 19, 2020. (AP Photo/Ashwini Bhatia)
by German Press Agency - DPA May 12, 2020 11:25 am
RECOMMENDED

India's carbon dioxide emissions have fallen for the first time in four decades partly as a result of the country's coronavirus lockdown, a study published Tuesday said.

Lower electricity demand and competition from renewables weakened the demand for fossil fuels over the past 12 months even before the pandemic hit India, the analysis by British environmental website Carbon Brief said.

However, it was the sudden lockdown from March 25 that steepened the fall in emissions, it said.

Indian CO2 emissions fell by an estimated 15% in March and are likely to have fallen 30% in April, according to the study.

"Emissions fell by around 1% in the fiscal year ending March 2020, as coal consumption fell and oil consumption flatlined," the research said.

The decline in power demand was borne by coal-fired power generation units, explaining the drop in emissions, the study said. Coal-fired generation was down 15% in March and 31% in the first three weeks of April.

The data also showed that the demand for coal has been weakening over the past year – coal deliveries fell by 2%, signaling the first year-on-year fall in consumption in two decades.

Oil consumption also fell 18% year-on-year in March 2020 as a result of the lockdown. Meanwhile, energy generation from renewables increased over the year.

Over the past weeks, Indians have been stunned by the sight of Himalayan mountain ranges, visible from hundreds of kilometers away due to lower pollution, as well as cleaner rivers.