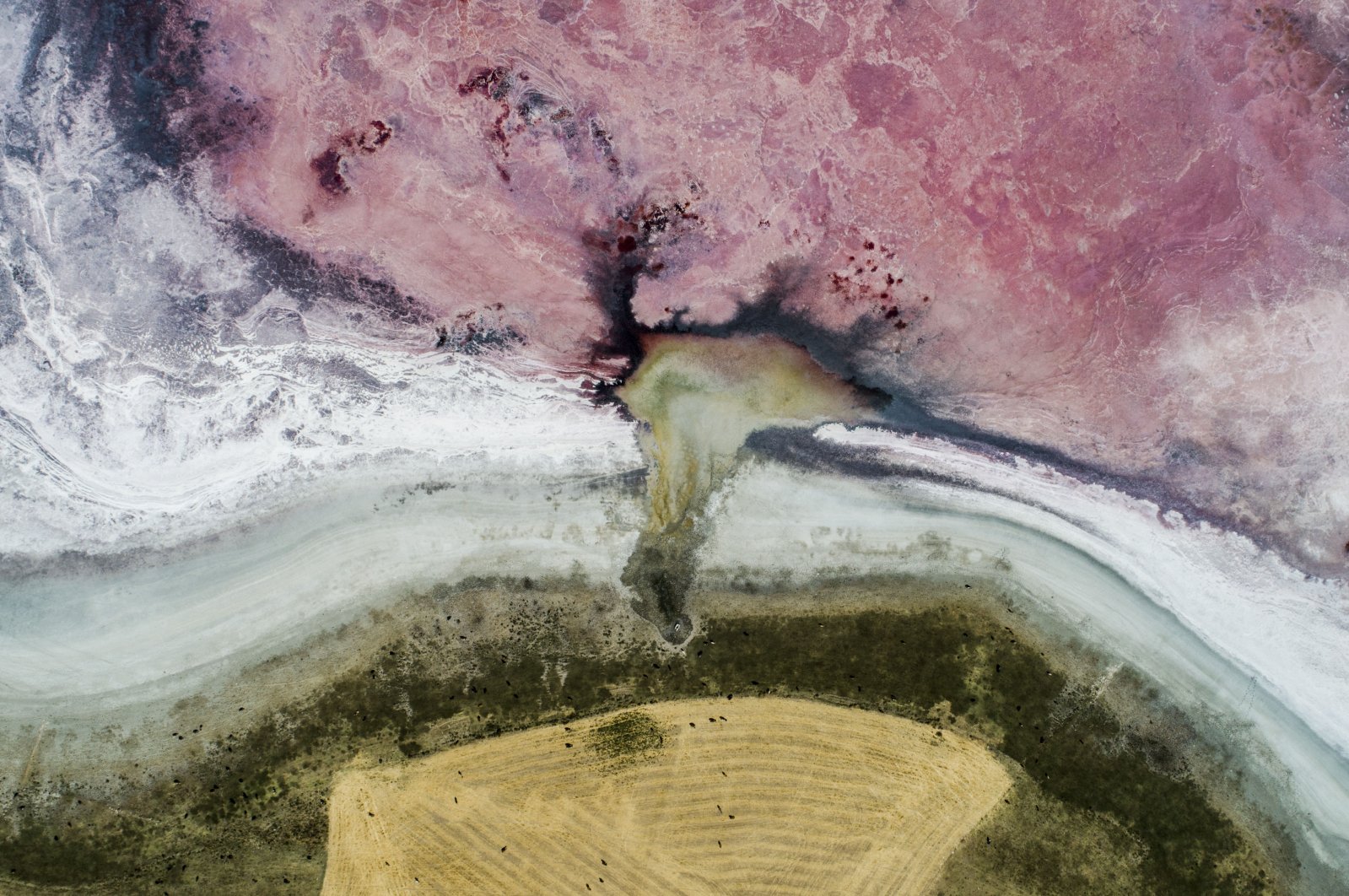 A lake in the middle of central Anatolia's arid plains in Konya has dried up due to climate change and poor management of groundwater, turning the waters of the lake into a shade of candy pink due to rapidly multiplying bacteria.

Located 5 kilometers (3 miles) from the town center of the Kulu district, Lake Küçük has been transformed into a pink paradise by artemia salina, an 11-legged, green algae-eating brine shrimp that swims upside down.

The drying lake has lost a considerable amount of feathery guests over the years due to global warming. Neighboring the "flamingo heaven" of Lake Düden to the northwest of Lake Tuz, Lake Küçük had also been one of the flamingos' preferred habitats as well as other types of migratory birds.

The color change is not unique to the area though. Lake Tuz, the second largest lake in Turkey, as well as Lake Utah in the U.S. and Lake Burlinskoye in Russia are also known to turn pink annually in hotter months when water levels recede and evaporation is high.

Murat Uludağ, president of the Kulu Wildlife Conservation Association, said: "This lake, which we call 'Kulu's bird paradise,' is completely dried up. We are even seeing areas of red at the very bottom of the lake. There used to be many flamingos here, but now there are none. It is very sad and a great loss in terms of the bird population. Over 200 birds, including flamingos, live in this region."

Uludağ said as beautiful as the lake looked, the reality of it all was very worrisome.

"Perhaps, water reinforcement can be made from Kızılırmak River or the dams connected to it," he added.

Stating that the water available in the region is not used in a controlled manner and that drought occurs due to improper water use, Uludağ said groundwater levels were drastically declining due to farming.

"Our farmers are even using the waters of a creek that passes through Kulu district irresponsibly. Thus, those waters are prevented from pouring into the lake. We want our farmers to show the necessary sensitivity to this issue," he said.

Uludağ said birds had the right to live here too, and that when one link of the food chain is disrupted, it is only a matter of time until the repercussions are seen.

"Now, we'll likely see a boom in the insect population. We are expecting help in this regard," he said.