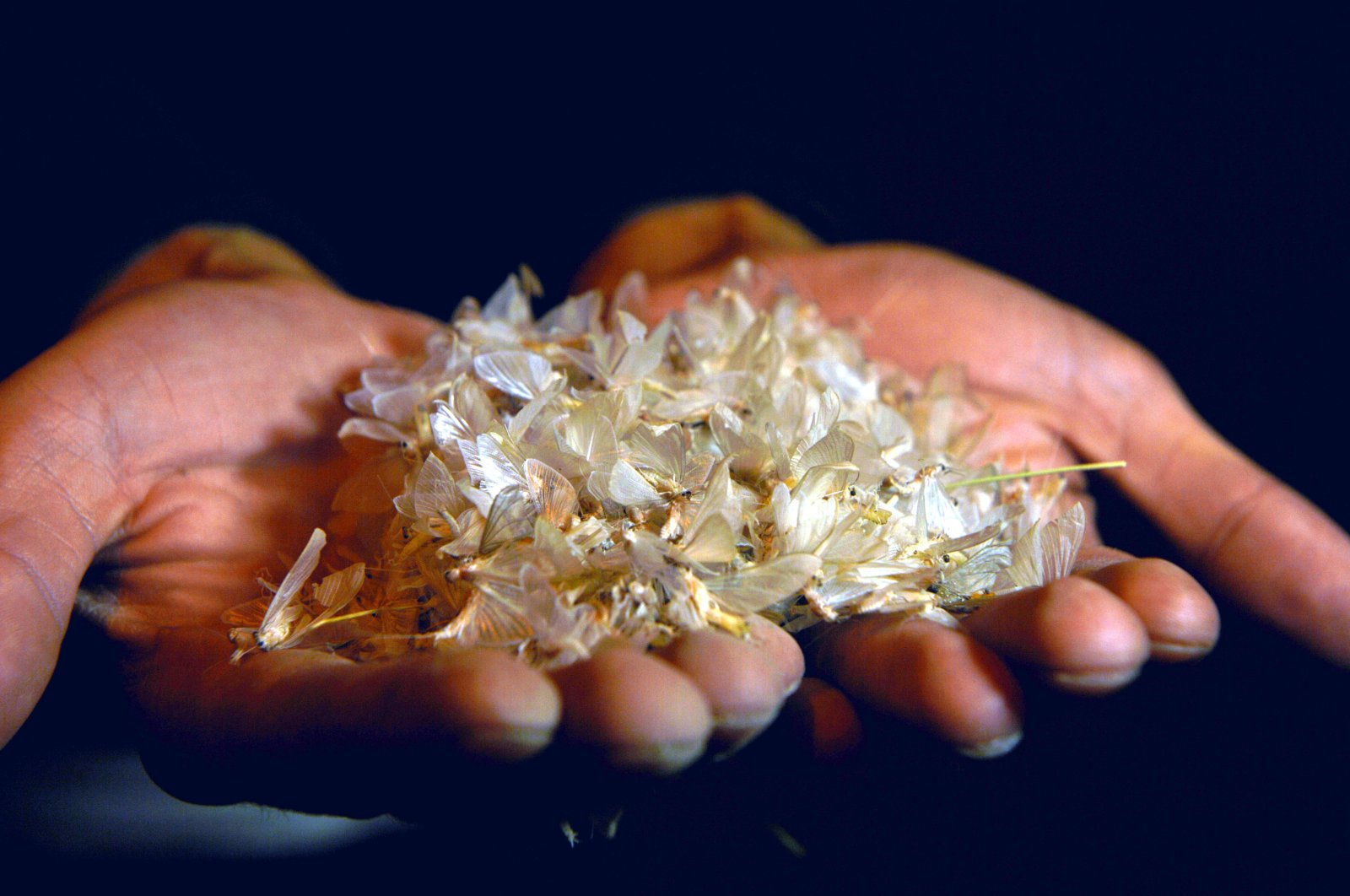 The butterflies who completed their final dance fell to their deaths, blanketing sidewalks in a layer of white in Ardahan, Aug. 18, 2020. (AA Photo)
by DAILY SABAH Aug 18, 2020 11:20 am
Edited By Yasemin Nicola Sakay
RECOMMENDED

White butterflies in the northeastern province of Ardahan have officially begun their annual dance with death.

Flapping their almost translucent wings for one final flight, these butterflies mostly gather on the banks of the Kura River in the city in August every year and slowly surround lit-up landmarks as the sun sets behind mountains and leaves the city in complete darkness.

These butterflies, called "white willow butterflies" by locals, create interesting sights year after year. Last year, the most striking photos were of clusters of the insects dancing around street lamps, while this year it seems the best photos will be centered around the Ardahan Bridge, where winds of the region have carried hordes of them.

This whole phenomenon, which happens over a course of a few days though the actual 'flight' lasts only about a half-hour, draws many visitors and photographers to the region.

Starting off as small gatherings, more butterflies soon join the others until they create a whirlwind of flapping wings in the sky, circling round and round a light source.

After about a half-hour of this vigorous flight, the roads and sidewalks are blanketed in a layer of white after the butterflies fall to their deaths. The scene is reminiscent of winter as it looks like it is snowing. The butterflies carry out this one final flight after mating and laying their eggs.

Stating that they encounter the same scene every year, Şahin Şirin, a local who came to witness this natural phenomenon told Ihlas News Agency (IHA): "This visual feast of butterflies has started again. This flight of death will take a few days. It is a recurring event. It's highly interesting, of course. I came here to watch it with my friend."

Locals interpret this event as the heralding of colder weather and the first footsteps of fall.