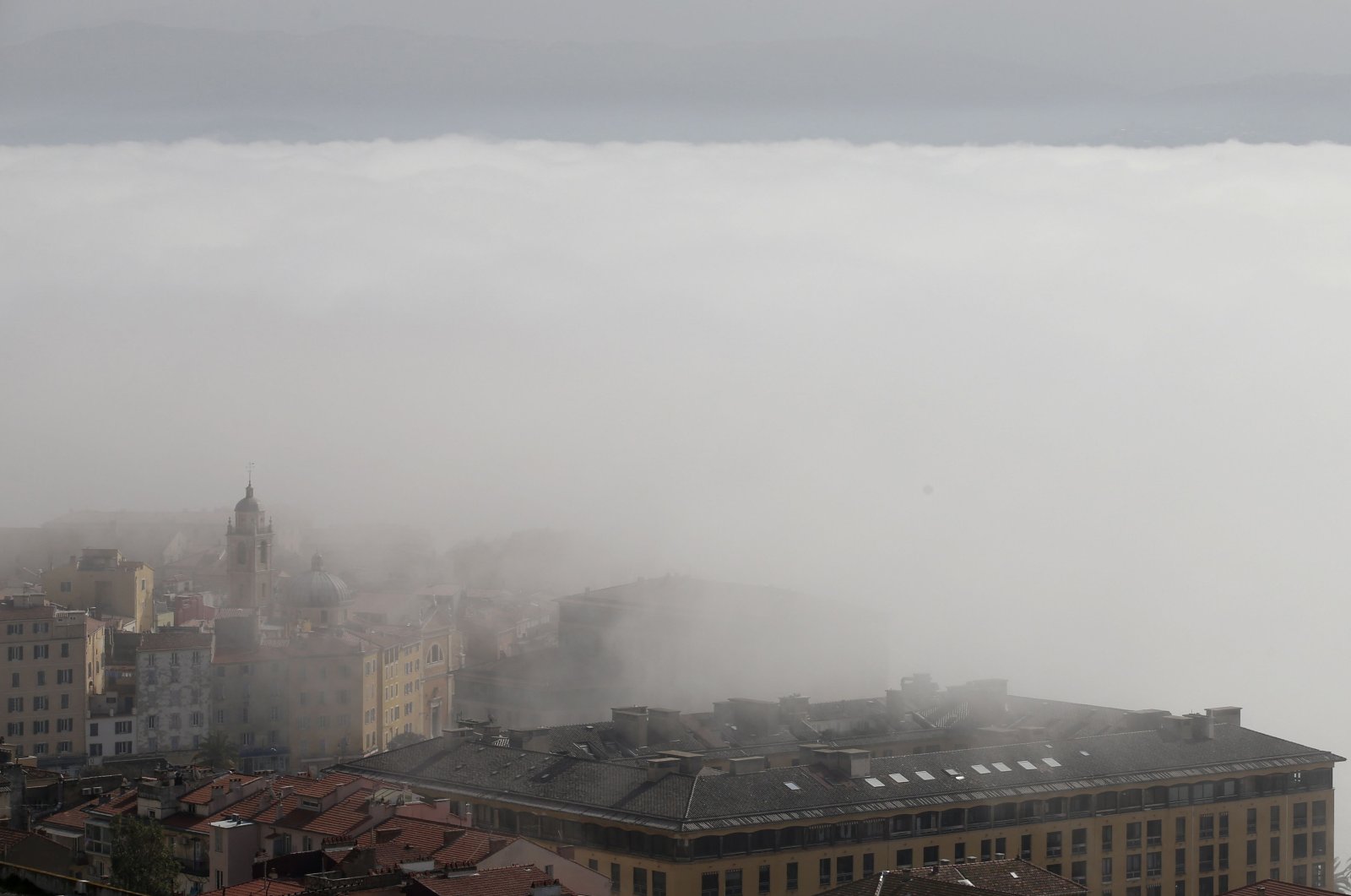 Smog and pollution settle over the capital Ajaccio on the French Mediterranean island of Corsica on Feb. 25, 2021. (AFP Photo)
by French Press Agency - AFP Mar 16, 2021 9:28 am
RECOMMENDED

The partial or complete shutdown of transport and industry for months at a time in 2020 reduced average levels of so-called PM2.5 pollution across the world, including in major cities, the IQAir quality report found.

Concentrations of the life-shortening particles – cast off by traffic pollution and burning fossil fuels – dropped 11% in Beijing, 13% in Chicago, 15% in New Delhi, 16% in London, and 16% in Seoul.

"Many parts of the world experienced unprecedented – but short-lived – improvements in air quality in 2020," said Lauri Myllyvirta, lead analyst at the Centre for Research on Energy and Clean Air (CREA) and co-author of the report.

"This meant tens of thousands of avoided deaths from air pollution."

But only 24 of 106 countries monitored met WHO safety guidelines, said the report, based on the world's largest database of ground-level air pollution measurements.

China and many South Asian nations experienced PM2.5 pollution several times greater than WHO recommended thresholds, and in some regions the concentration was six to eight times higher.

Twenty-two of the world's more polluted cities are in India.

Deep into the lungs

The United Nations says PM2.5 density should not top 25 mcg/m3 in any 24-hour period, or 10 mcg/m3 averaged across an entire year.

The most polluted capital cities in the world last year were New Delhi (84 mcg/m3) and Dhaka (77), with Jakarta, Kathmandu, Islamabad, Hanoi and Beijing all in the top 20.

About half of all European cities exceed WHO's suggested limits.

Air pollution levels were made worse in 2020 – tied for the hottest year on record – by climate change, the report noted.

The WHO calculates 4.2 million deaths from outdoor air pollution but has underestimated the impact on cardiovascular disease, recent research has shown.

In Europe, life expectancy is shortened by eight months.

PM2.5 particles penetrate deep into the lungs and enter the bloodstream. In 2013, the WHO classified it as a cancer-causing agent.

"This report highlights that urgent action is both possible and necessary," said IQAir CEO Frank Hammes.