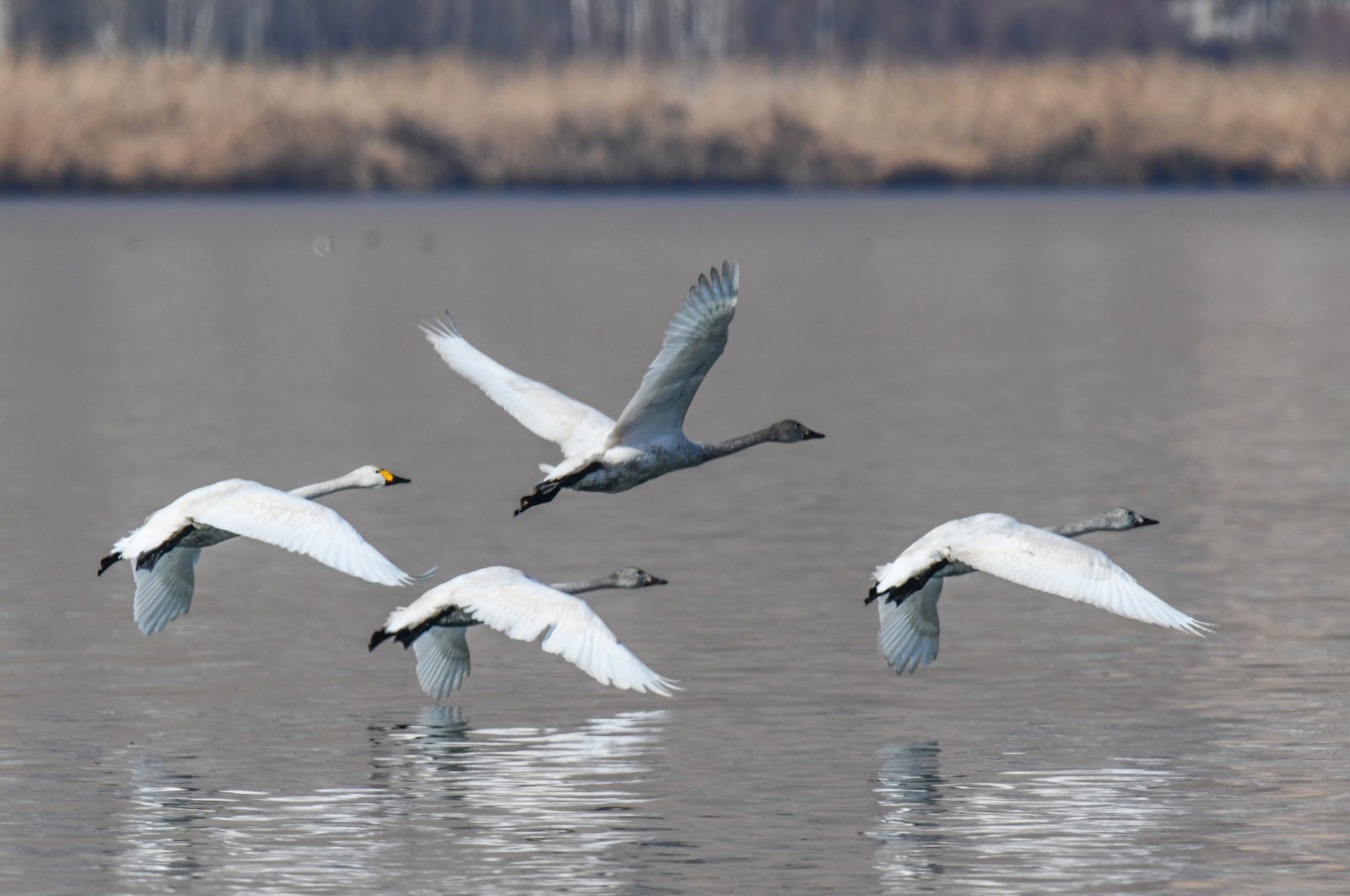 Turkey’s Lake Van basin, located in eastern Van province and home to many different bird species, welcomed a host of whooper swans from Siberia, known as symbols of purity and dignity, as the temperatures continue to drop in the region.

The basin, which hosts hundreds of bird species in its wide wetlands, is filled with flamingos in the summer and whooper swans in the winter.

Lake Van and its surrounding wetlands have become a temporary home to many whooper swans who put on a spectacle for nature and photography enthusiasts visiting the Erciş district of Van. The swans, with their large bodies, elegant long necks and snow-white feathers, swooped down from the north and rested on the blue lake.

Özdemir Adızel, a biology professor at Yüzüncü Yıl University in Van, told Anadolu Agency (AA) that the whooper swans came to the region to spend the winter as per their usual routine.

Noting that most of the swans shelter on the shores of Erciş, Adızel said: “It is a species that migrates to our region to spend the winter. Toward the spring, they head north again. The species is also known as the white goose in the region.”

Adızel provided further details on the majestic bird species. “Whooper swans are important wild animals that usually brood further north, particularly in the Siberian region. As the weather gets colder and those regions become frozen, the swans become hungry and start looking for shelter. That is why they come to our country,” he said.

Adızel also pointed out that despite conservation efforts, the swans were under threat because of hunting. "We should protect them and make them feel safe," he added.

Lake Van has recently been a focus of conservation efforts. The lake's Inköyü, Ağin Hamlet and Deveboynu sites, which are known as paradise coves, were registered as protected natural sites after extensive efforts by the local government, and plans are in place to register more local and regional sites on the list.

Photography enthusiast Meryem Bilgin expressed her admiration for the natural wonders of the region and said that she witnessed a different beauty during every season of the year in the Van region.

“We came back here a few months ago. We watched and photographed the migration of flamingos. When flamingos migrated, whooper swans came and took their places. We wanted to see this beauty. We managed to get some very nice images with our friends,” she said.

Cafer Şahan, another photographer and a friend of Bilgin, said they were trying to explore the natural beauties of the region. “Lake Van is home to hundreds of bird species, and now the whooper swans have also arrived. We have tried to capture this unique spectacle,” he said, adding that they wanted to help promote the region on social media with their photographs.