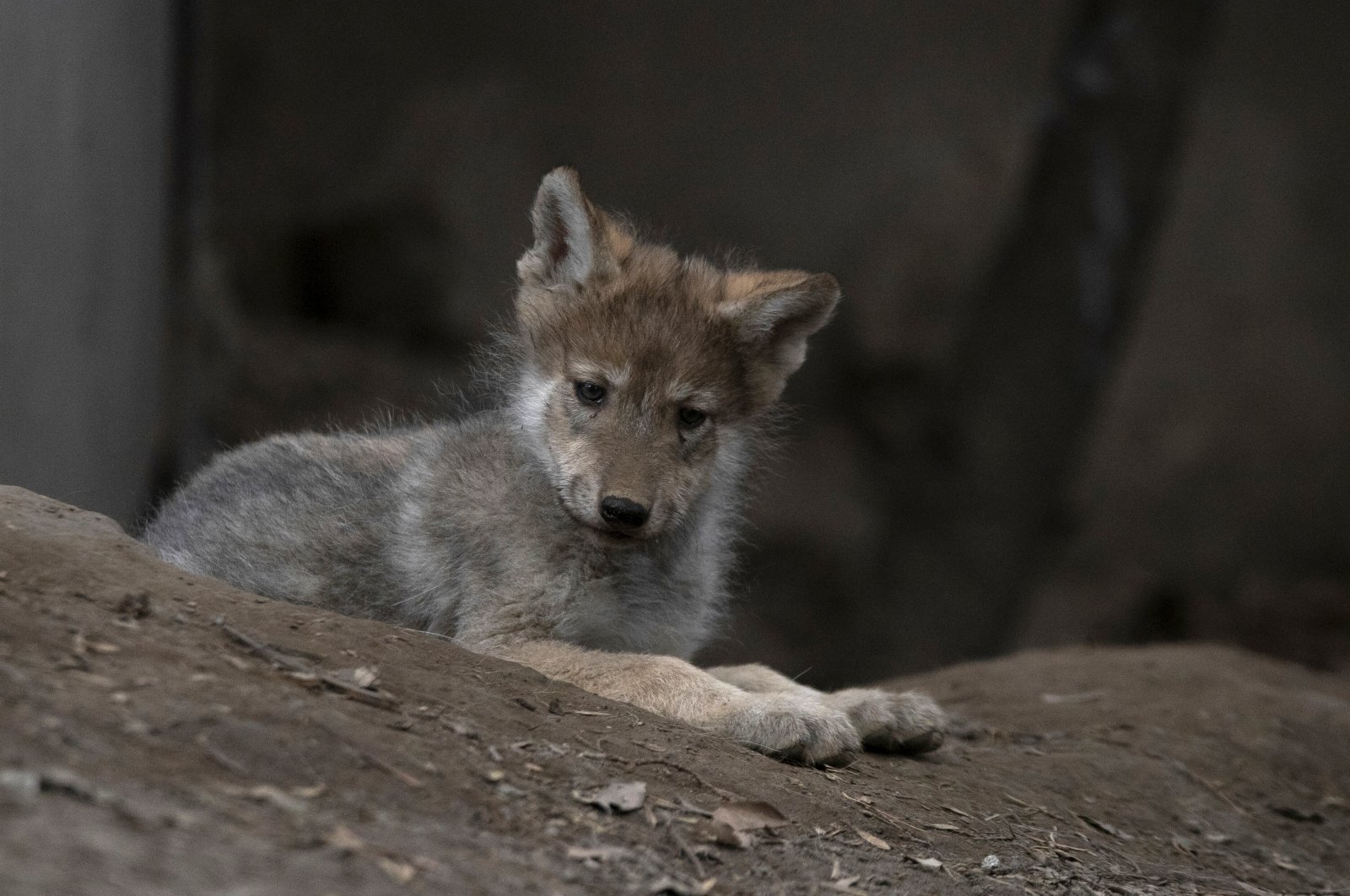 The recent birth of five gray wolf pups at Mexico City’s Chapultepec Zoo is helping work to broaden the endangered species’ genetic diversity amid continuing efforts to reintroduce the animals to the wild, decades after they were reduced to captive populations.

The pups' father, Rhi, alerts them every midday to the delivery of breakfast, in the form of chicken and quail meat brought by zookeeper Jorge Gutiérrez, 58. Gutiérrez has cared for Rhi since he was born, and is now proud to see he has formed a pack with the pups' mother, Seje.

“It's marvelous. What I am experiencing is something unique," said Gutiérrez.

He watches as the five wolf pups stumble out of their den to eat. The three males and two females were born in early April.

They are part of a four-decade, binational program between the United States and Mexico to breed the gray wolves in captivity and release them back into the wild.

Even the “endangered” classification is progress for the Mexican wolf; two years ago, given the success of the breeding program, Mexican authorities were able to move the subspecies up from its previous “probably extinct in the wild” classification.

For more than two decades, the effort to return Mexican gray wolves to the wild in the U.S. Southwest has been fraught with conflict. Ranchers have complained about the challenges of having to scare away the wolves to keep their cattle from being eaten. Many have said their livelihoods and rural way of life are at stake.

Environmentalists argue that wolf reintroduction has stumbled as a result of illegal killings and management decisions they contend are rooted in the U.S. Fish and Wildlife Service’s attempt to accommodate ranchers and the region’s year-round cattle calving season.

North America’s rarest subspecies of gray wolf, the Mexican gray wolf, was listed as endangered in 1976 after being hunted, trapped and poisoned to the brink of extinction. From the 1960s to the 1980s, seven gray wolves – believed to be the last of their kind – were captured and the captive breeding program began.

Wolves started being released in the late ’90s. The wild population has nearly doubled over the last five years, with the latest annual census finding about 186 Mexican wolves in the wild in New Mexico and Arizona.

In northern Mexico, the other part of the wolves' historic range, reintroduction initially stumbled.

An effort to reintroduce them to the wild in the border state of Sonora in 2011 ended in tragedy when all five wolves were poisoned, it is not clear by whom. But another release was carried out in 2012 in the state of Chihuahua, and those wolves now number around 40, most born in the wild.

Mexico is now studying other areas for possible releases.

Fernando Gual, a veterinarian who serves as director of Mexico City's zoos, notes that the Chapultepec Zoo also has a sperm and egg bank that provides backup for genetic material.

But the best guarantees are animals like Seje, who holds out a piece of meat with her mouth to show the pups how to eat.

“This is our jewel ... Every litter of pups is hope for the life of this species,” Gual explained.