One seed at a time: Meet the woman saving Turkey's heirloom plants from extinction 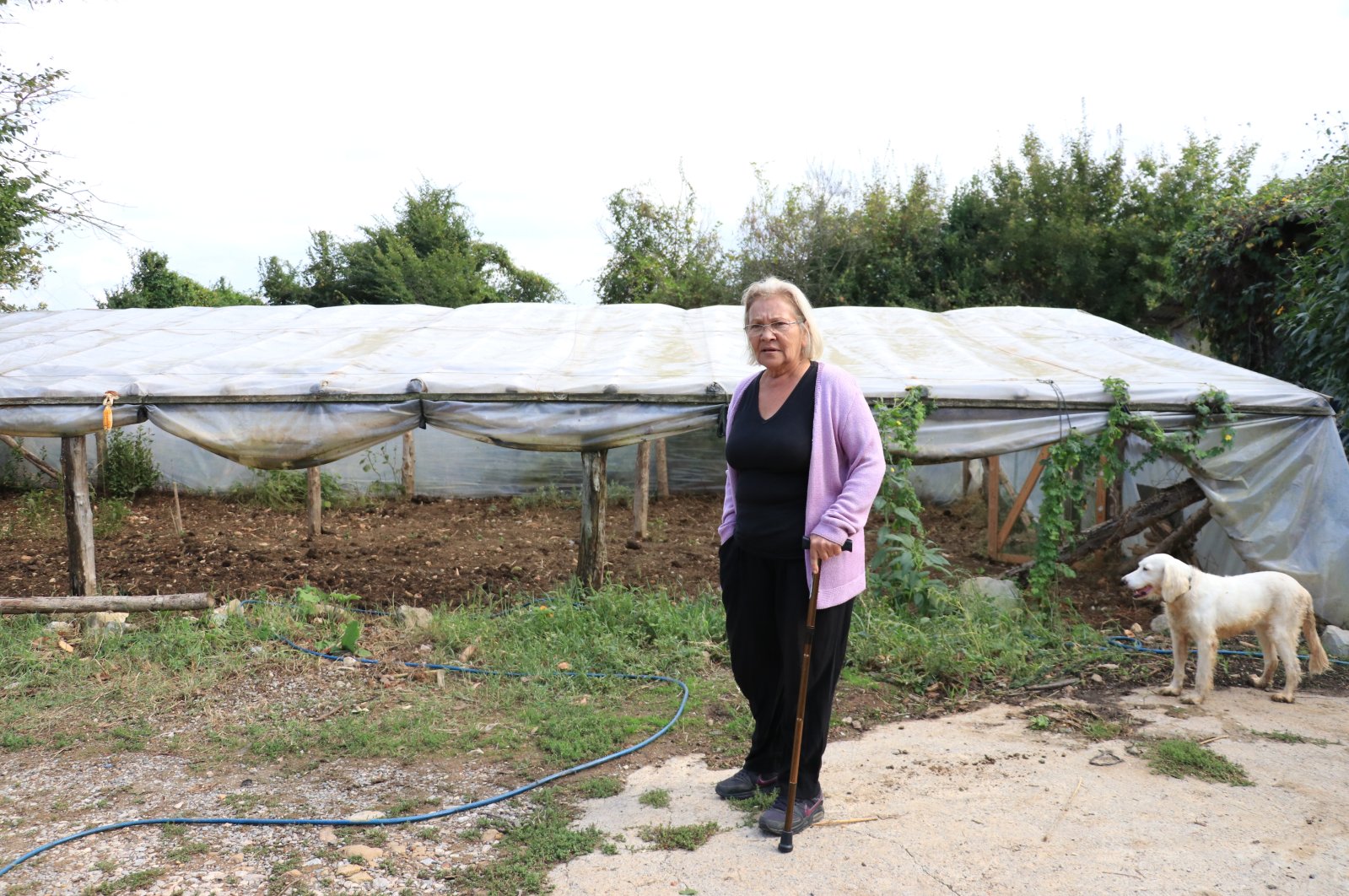 Nardane Kuşçu, 66, has been nicknamed "pomegranate mother" by her friends and locals for her love of seeds and passion for growing plants. (AA Photo)
by DAILY SABAH
Oct 20, 2020 11:45 am

What's your most impressive collection of things? Perhaps some jewelry, paintings or postal stamps? You may be surprised to see this Turkish woman's unique and eco-minded collection.

Nardane Kuşçu, a 66-year-old retired Turkish teacher and entrepreneur from northwestern Kocaeli province, embarked on a collection drive like no other 60 years ago when she was just a child. What was sparked by an innocent compliment from her father, Kuşçu's love of nature, plants and seeds eventually grew into a full-fledged passion, which now stands as a mighty heirloom seed bank, showing future generations that saving Turkey's natural treasures is possible.

After devoting a whole lifetime to collecting heirloom seeds, her collection has officially reached 1,200 types of seeds. Each seed is cleaned, registered and coded into their own compartment, which is kept at a stable temperature year-round to make sure they don't spoil.

From here, she plans to transfer her collection to future generations by planting them on a 120-decare (12-hectare) farmland in the Kandıra district of Kocaeli, and support sustainable farming.

"It all started when my father said to me 'you've pampered me so much, you even picked the seeds of the watermelon' after I brought him a plate of the fruit. I kept saying I would plant them. Starting out as a simple adventure, it gradually turned into this passion," Kuşçu said of her story.

While other kids played with their toys and dreamed of clothes, Kuşçu watched her elders, and especially her grandmother, plant and grow almost every kind of vegetable and fruit from seeds.

"My dad's mother would always sprinkle tomato and watermelon seeds on the field after planting seeds for cotton. She would do it for the birds and other animals," she said. Kuşçu said by establishing this heirloom seed bank, she wanted, in a sense, to bring back that feeling and a part of that life.

Despite the ancestral seeds being called "atalık" in Turkish, which has patriarchal origins, Kuşçu said almost always it was the women who would be in charge of the seeds and preserving them for their children. She stresses the need to make women visible in the field of agriculture and acknowledge their efforts.

The grandmas and elderly women she met in her hunt for heritage plants would often resist giving her some of their seeds at first as they cared so much, she said.

"They would not give me a single seed without looking right into my eyes (and making sure of my intentions)."

Over the decades, Kuşçu has searched high and low to add to her collection of seeds.

There is no place far and no mountain high enough to stop her from getting to them, she said, adding: "I have a dream, and it's for every household to have their own seed bank."

Kuşçu believes this inter-generational act of passing down seeds is very important, both for a healthy organic way of living, for sustainability and the environment. Hence, our children must also learn how to grow and sustain seeds, she said.

"The right to food is the right of every living creature."

Kuşçu also carries out planting activities, organizes cheese and bread workshops, and nature walks at her farm, which she has aptly named "Nar village." Her green thumb and love for all things seeded also earned her the nickname "Nar Anne," which means "pomegranate mother" in Turkish.