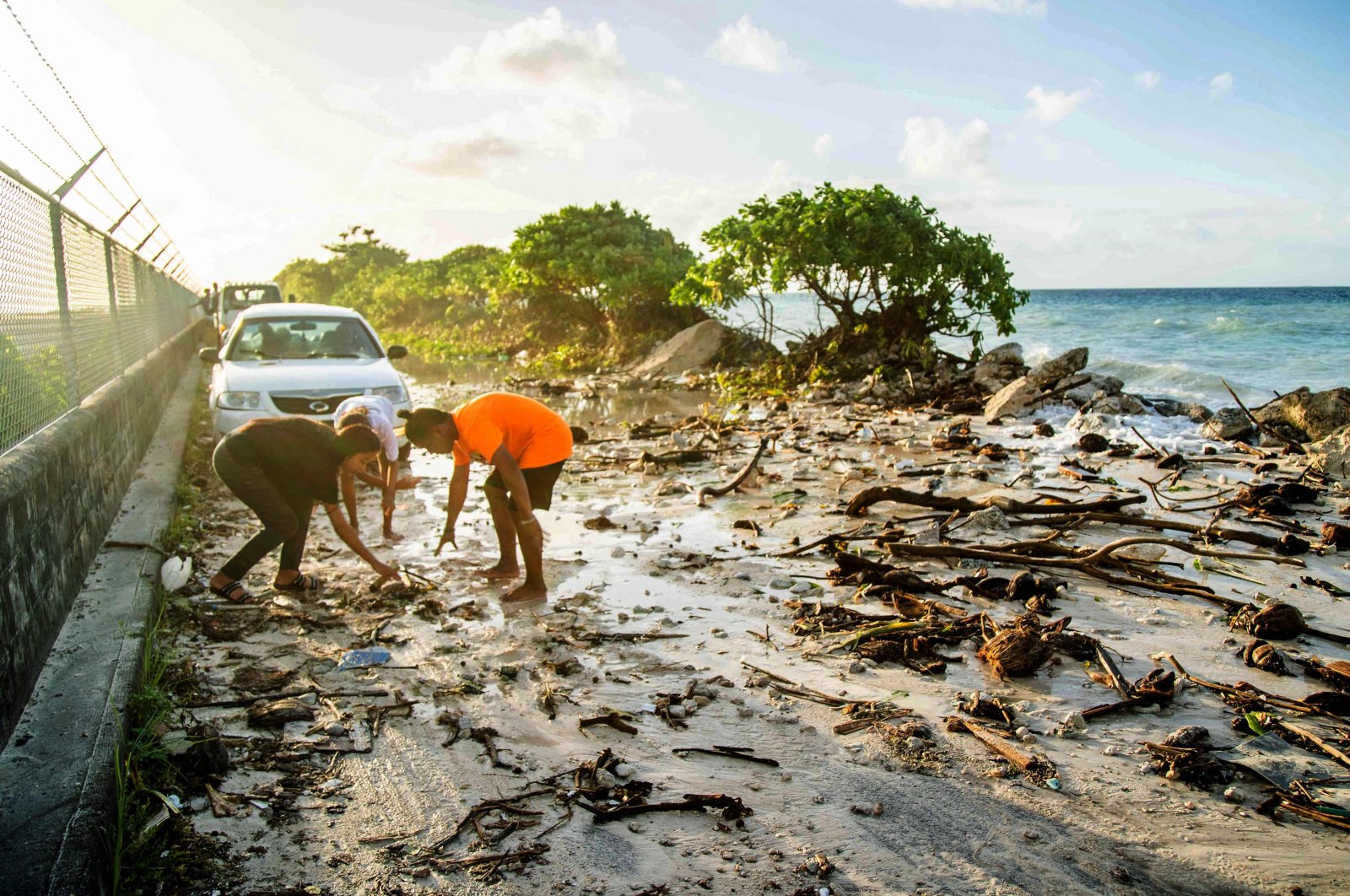 Climate change means rising sea levels, a danger that particularly threatens coastal cities and islands, and some of the island nations in the South Pacific are already experiencing widespread flooding caused by storms and tidal surges that many are blaming on global warming.

The Marshall Islands, Solomon Islands and Federated States of Micronesia all reported flooding, with reports that remote parts of Vanuatu were also hit by rising waters.

“(The) government of the Federated States of Micronesia has been made aware of extensive saltwater inundation across the nation's islands as a result of ongoing king tides and storm surges,” President David Panuelo said in a statement.

“The government has received numerous requests from citizens asking for support.”

In the Marshall Islands capital of Majuro, sea water surged over boulder barriers and covered sections of road to the airport to a depth of 50 centimeters (20 inches) before receding.

Solomon Islands police issued a warning to residents to stay away from swollen rivers and streams.

Climate researcher Murray Ford said the flooding in the Marshalls was due to a combination of bad weather, high tides, a La Nina weather pattern and a long-term rise in sea levels, widely linked to global warming.

“An event like this would have been relatively innocuous in the 1990s, but the sea level is notably higher today than back then,” the Auckland University academic told Agence France-Presse (AFP).

“Sea level rise is increasing the frequency and magnitude of these sorts of events.”

Ford said that tidal measuring equipment installed in Majuro in the early 1990s showed sea levels had risen by an average of 4.8 millimeters (0.2 inches) annually.

The Pacific's low-lying islands are among the countries worst affected by climate change, with some at risk of being swamped entirely by rising seas.

They are also threatened by increasingly powerful cyclones, while droughts and flooding are becoming more common across the region as the weather swings from one extreme to the other.