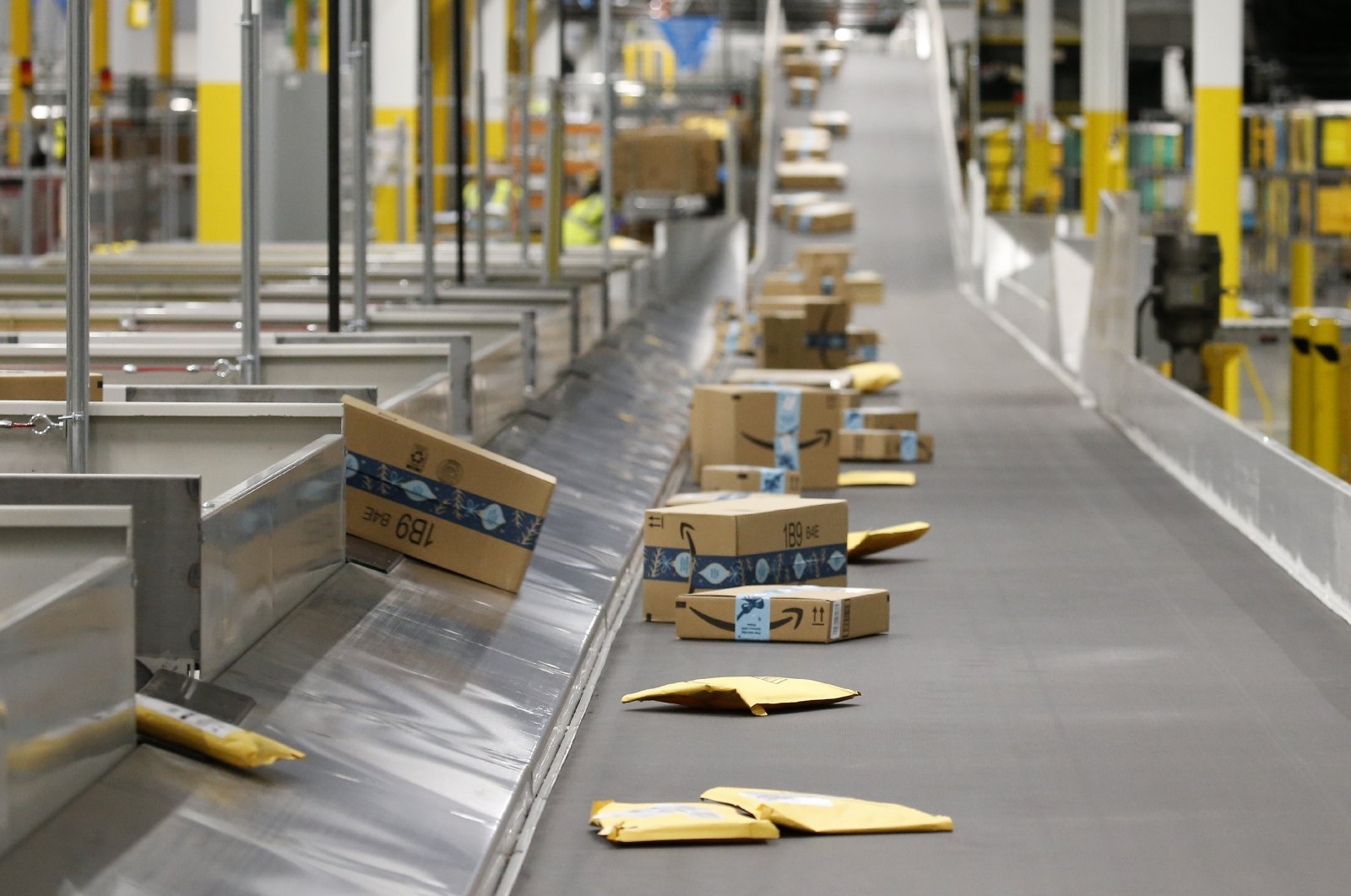 Amazon, America's largest online retailer, is deep in the throes of its largest-ever holiday shopping season, a breakneck sprint to ship billions of items in hundreds of millions of packages.

"On the street level, what the drivers are seeing is full carts day after day."

Even before 2020's e-commerce shopping binge, the huge amount of plastic waste generated by Amazon deliveries posed serious problems for global waterways, according to a report Tuesday from environmental nonprofit Oceana. The company has boosted the amount of plastic packaging it uses each of the last three years, the report said.

Despite efforts to make its packaging more sustainable, Amazon produced enough plastic waste last year to encircle the globe 500 times in the form of its air pillows, the report estimated.

Less than 1% of that waste makes its way into rivers, lakes and oceans – but that still amounts to the equivalent of dumping one delivery van worth of plastic into waterways every 70 minutes, according to the report.

Amazon said in a statement Oceana "has dramatically miscalculated Amazon's use of plastic." The company said it uses only a quarter of the plastic packaging estimated by the environmental group's report.

Since 2015, Amazon has reduced the weight of outbound packaging by more than a third and eliminated almost 1 million tons of packaging material, according to the company.

Oceana said it had confidence in its estimates, which were derived by applying Amazon's e-commerce market share to the total amount of packaging used in the sector. Focusing on package weight, the group said, is moreover a red herring because plastics weigh less than more recyclable paper products.

And, said Oceana researcher Anne Schroeer, who co-authored the report, Amazon still has not released figures on its plastics use.

"The ideal would be for Amazon to publish their own waste estimates, but they don't," she said. "What you don't measure, you can't improve."

Amazon has sought in recent years to be seen as a leader on environmental issues. Last year, the company pledged to be carbon neutral by 2040, 10 years ahead of the deadline imposed by the Paris climate agreement for countries to rein in their greenhouse gas emissions.

The company has done "remarkable" work to reduce packaging waste, said Nina Goodrich, the director of the Sustainable Packaging Coalition, whose parent organization has an Amazon executive on its board.

"Amazon has done an amazing job on optimization," or using the right size of packaging for what's being mailed, she said. The company has also pushed vendors to redevelop their goods' primary packaging so consumer products can ship in their own containers, penalizes merchants for using too much packaging and last year unveiled an all-paper padded mailer made of fully recyclable materials.

Amazon has shipped 200 million such mailers to date, it announced this month. An Amazon spokesperson declined to respond to a question about what proportion of all packaging that number represents.

"Amazon knows how to ship better than anyone else in the world," Goodrich said. "They've used that knowledge to reduce damage and experiment with sustainable packaging."

But part of Amazon's drive to lower carbon emissions – and make delivery to customers' doorsteps more efficient – has been an increased reliance on plastic mailers as its logistics business booms to handle as many as 5.1 billion packages this year, up from 3.5 billion in 2019. Plastic mailers made up 47% of Amazon packaging last year, up from 27% in 2016, according to a presentation by Amazon's packaging director, Kim Houchens, at a 2019 conference.

Lighter and less materials-intensive than cardboard boxes, the mailers are key to Amazon's sustainability efforts because they reduce vehicle miles traveled, experts say.

"You can put a lot more of them onto a truck. You're using way less material than you would if you used paper," said packaging consultant Brian Wagner, who said the same principles applied for using air pillows rather than paper to stuff empty space in boxes.

"Less material is a good thing in the world."

The plastics used in Amazon's packaging, though, are difficult to dispose of. The plastic mailers and pillows are recyclable through collection programs in some grocery stores, including QFC and Target.

But in practice, many end up in curbside recycling bins, where they contaminate recycling programs, said Anthony Brocato, who manages Recology's sorting plant in south Seattle.

The plastic mailers, Brocato said, are so stiff and thin that many end up in the streams of paper. The air pillows get caught in screens used to separate different materials, making the facility less effective at sorting large, three-dimensional recyclables from goods like paper as the day goes on. A crew cuts out the plastic films from the screens every night, but, Brocato said, "they shouldn't be coming here at all. Those mailers, they wind up in our residue stream, in the trash."

As the pandemic drags on, Brocato said, he's seen an increase in plastic packaging gumming up the works.

Amazon has the expertise to reduce the amount of plastic it uses as packaging, said former Amazon manager Rachel Greer, who contributed to the Oceana report.

Between 2012 and 2014, Greer worked with Amazon's packaging lab to develop high-quality packaging for the company's private-label brands.

In India, for instance, Amazon announced earlier this year it had eliminated single-use plastic packaging; in Bangalore, Amazon orders are delivered in reusable crates. And in the United States, some groceries ordered through Amazon Fresh come in reusable tote bags.

Amazon will listen if customers demand that it reduce plastic packaging, Greer said. In a company driven by "customer obsession," she said, "if customers want to stop getting a bunch of plastic crap when they get their orders from Amazon, they need to demonstrate they care."

But so far this holiday season, Greer said, her orders from Amazon have been delivered in "probably 10 plastic mailers, and six boxes."

In every box, she said, were plastic air pillows.