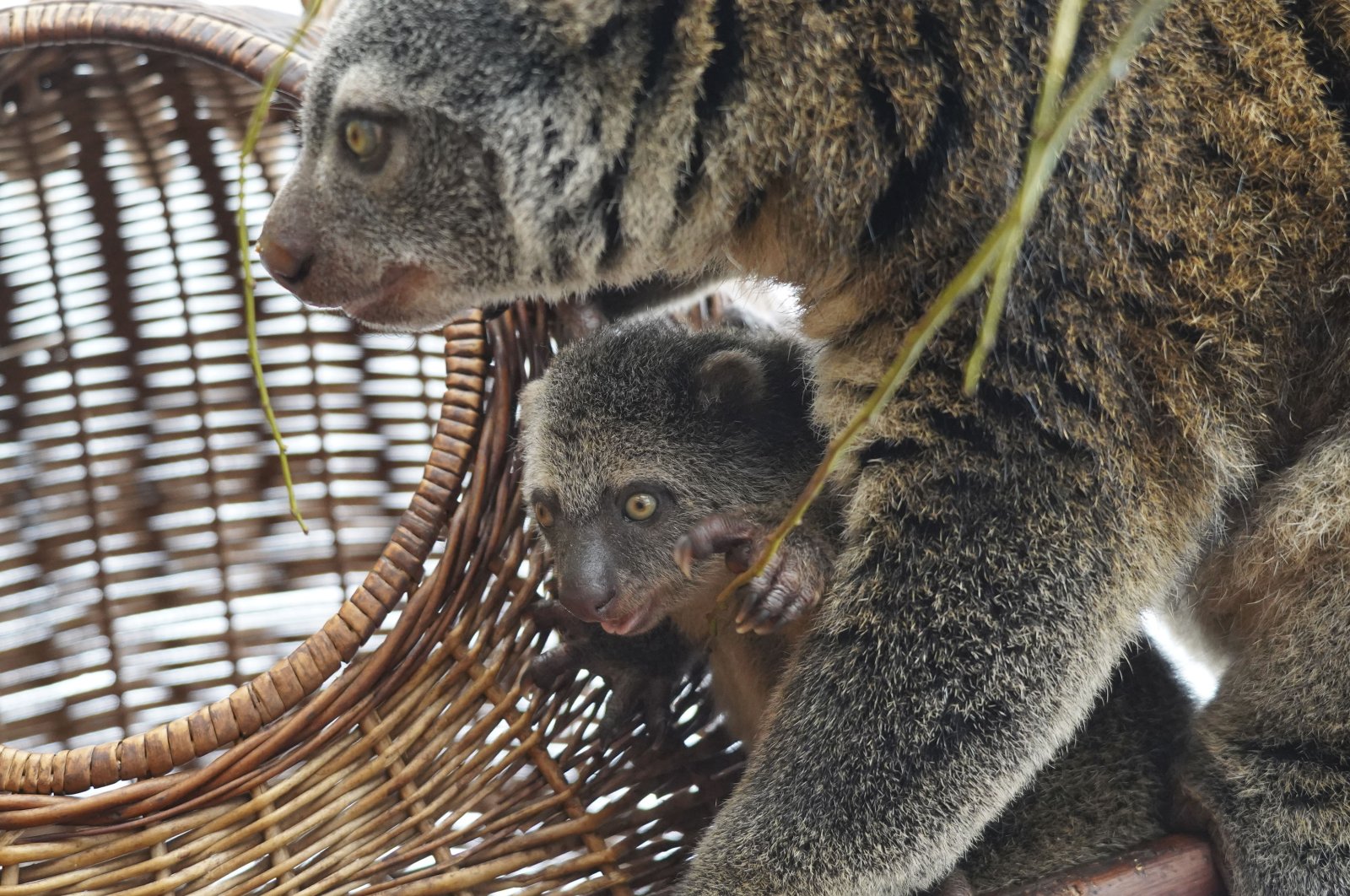 A baby of the highly endangered Indonesian cuscus bear with its mother Duzy at the Wroclaw Zoo in Wroclaw, Poland on Feb. 16, 2021. (AP Photo)
by ASSOCIATED PRESS Feb 19, 2021 7:11 pm
RECOMMENDED

A highly endangered marsupial known as a bear cuscus has been born in Wroclaw Zoo in Poland, the fourth since 2016 when the zoo obtained a pair that had been confiscated from smugglers in their native Indonesia.

The zoo says it's the only place in the world where the species has been successfully bred in captivity.

The baby, believed to be a male, first left the pouch of its mother, Duzy, in late December, to the great relief of keepers who had known since July that it was developing but were aware how precarious that stage was, the zoo said Friday.

It is the fourth baby for Duzy and her mate, Garetto, both of whom are 6 years old.

Bear cuscuses – which are not bears at all – are reclusive and only a few keepers and no members of the public are allowed near them.

"We also try to give them as much peace and freedom as possible, which is why they live in a facility where they have contact only with selected employees, and where no visitors are allowed," he added.

The marsupials live in the rain forest of the Indonesian island of Sulawesi and feed on leaves, flowers and unripe fruit. An adult can weigh up to 10 kilograms (22 pounds).

Only 14 of them live in captivity, in zoos in Belgium, the Czech Republic, the U.S. and Indonesia.