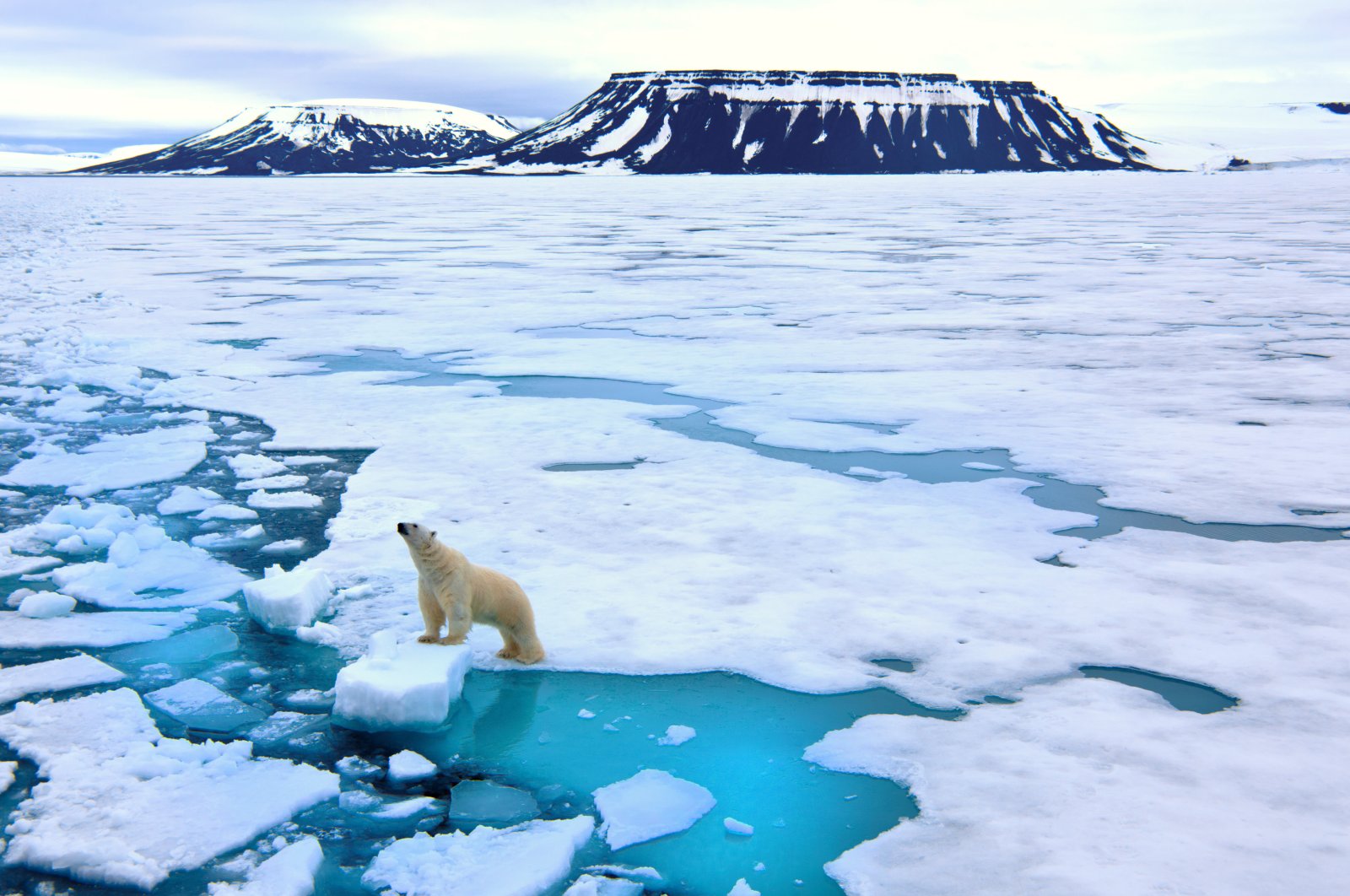 Greenland and Antarctica are shedding six times more ice than during the 1990s, driving sea-level rise that could see annual flooding by 2100 in regions home today to some 400 million people, scientists have warned.

The kilometers-thick ice sheets atop landmasses at the planet's extremities sloughed off 6.4 trillion tons of mass from 1992 through 2017, adding nearly two centimeters (an inch) to the global watermark, according to an assessment by 89 researchers, the most comprehensive to date.

Last summer's Arctic heatwave will likely top the 2011 record for polar ice sheet loss of 552 billion tons, they reported in a pair of studies, published Wednesday in Nature.

That is roughly the equivalent of eight Olympic pools draining into the ocean every second.

While less visible than climate-enhanced hurricanes, sea-level rise may ultimately prove the most devastating of global warming impacts.

Indeed, it is the added centimeters – perhaps added meters by the 22nd century – that make storm surges from climate-enhanced tropical cyclones so much more deadly and destructive, experts say.

"Every centimeter of sea-level rise leads to coastal flooding and coastal erosion, disrupting lives around the planet," said University of Leeds professor Andrew Shepherd, who led the analysis along with Erik Ivins from NASA's Jet Propulsion Laboratory.

"If Antarctica and Greenland continue to track worst-case climate warming scenarios, they will cause an extra 17 centimeters of sea-level rise by the end of the century," he said in a statement.

That's about a third of the rise forecast for 2100 by the UN's climate science advisory panel (IPCC) under a scenario midway between a rapid drawdown of global greenhouse gases – seen by many as overly optimistic – and the unbridled expansion of fossil fuel use, also seen as unlikely.

Melting glaciers and the expansion of ocean water as it warms accounted for most sea-level rise through the 20th century, but ice sheet melt-off has become a major driver over the last decade.

Almost all of the ice lost from Antarctica and half of that from Greenland has been triggered by warming ocean water speeding the movement of glaciers toward the sea.

Oceans help humanity by absorbing more than 90% of the excess heat from global warming.

The remainder of Greenland's ice losses is due to rising air temperature, which creates roaring rivers of ocean-bound melt-water in summer.

The combined rate of mass loss from both ice sheets rose six-fold from 81 billion tons to 475 billion tons per year over less than three decades, the studies reported.

The findings are grounded in decades of satellite data, in situ measurements, and computer modeling.

Point of no return

The IPCC forecasts about half-a-meter of sea-level rise by 2100 under the middle-of-the-road emissions scenario known as RCP4.5.

If humanity defies the odds and achieves "carbon neutrality" by mid-century – which means any remaining emissions are somehow offset – sea level will likely be capped at 43 centimeters.

The "worst-case" pathway – which assumes carbon emissions continue unabated, or that Earth itself will begin to boost greenhouse gas concentrations – would see an 84-centimeter increase, according to an IPCC special report on oceans released in September.

Over the last decade, sea level has risen about 4 millimeters per year. But moving into the 22nd century, the waterline is likely to go up 10 times faster, even under an optimistic emissions scenario.

Earth's average surface temperature has warmed one degree Celsius over preindustrial levels, but polar regions have heated up twice as much.

Greenland and West Antarctica – which many scientists say has already passed a point-of-no-return and will shed all its ice eventually – together support enough frozen water to lift oceans about 13 meters.

The rest of Antarctica, which is more stable, sits underneath more than 50 meters-worth of sea-level rise.