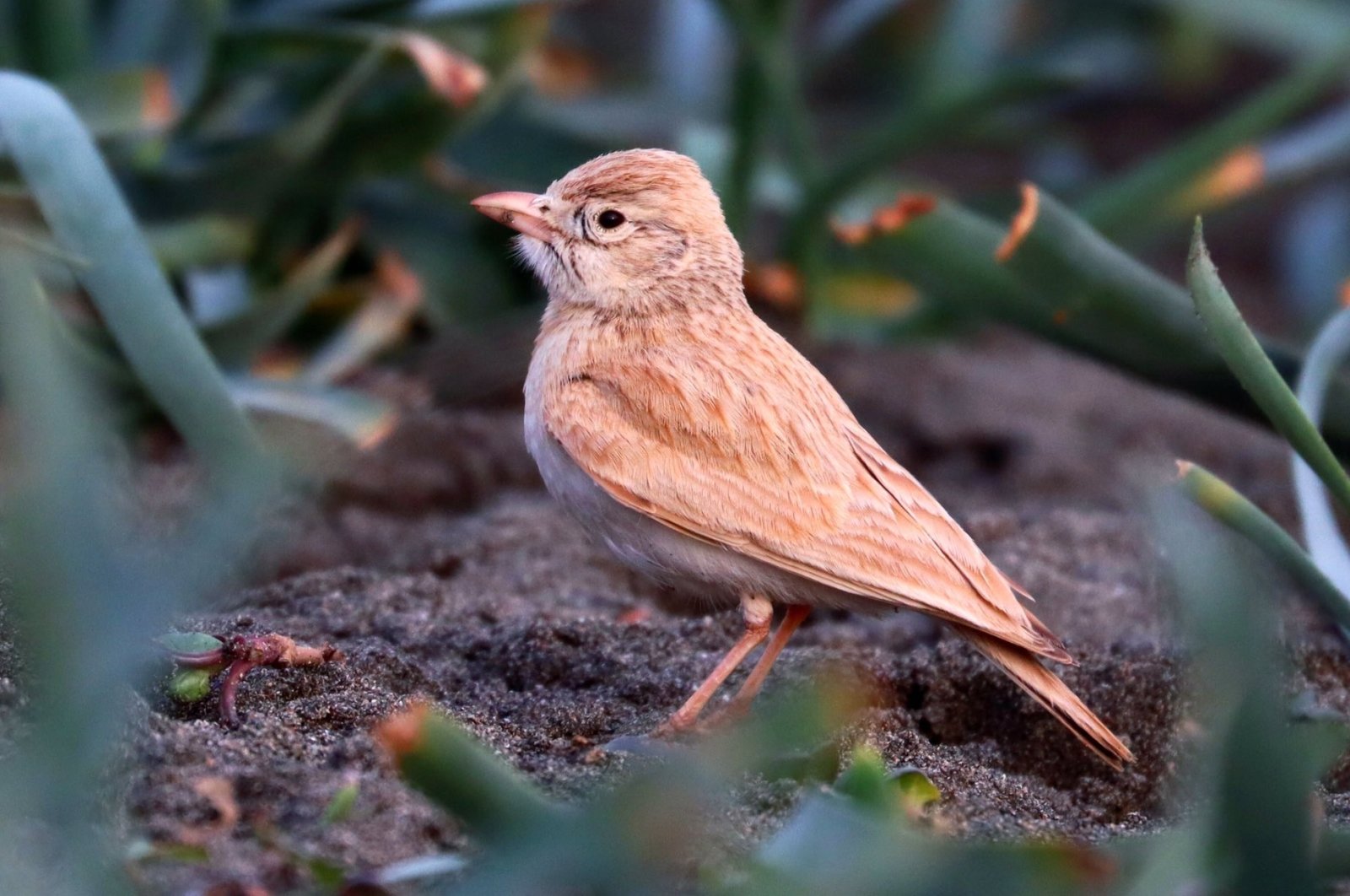 A rare bird species called bar-tailed lark has been spotted in Turkey for the first time, in the country's southern province of Hatay, according to an expert.

Also known as the "Saudi Arabian lark" in Turkey, the bird was spotted in the Samandağ district of Hatay by Emin Yoğurtcuoğlu, an avid bird observer.

Yoğurtcuoğlu, known as “the bird detective” as he has been photographing rare species since 2002, managed to record the rare bird in Hatay, which is located on the route of some of the most important migration routes in the world and is home to many bird species.

The bar-tailed lark, or as it is scientifically named Ammomanes cinctura, is found most naturally from Morocco to Pakistan, as its natural habitat is hot deserts. The bird has a very wide distribution and faces no obvious threats, but surveys show that it is slowly decreasing in numbers.

The bar-tailed lark is similar to the desert lark in appearance, but at 14 to 15 cm (5.5 to 5.9 inches), is slightly smaller. It also has a smaller, more domed head, a smaller beak, thinner legs and a shorter tail.

Yoğurtcuoğlu noted the importance of March for bird observers, adding that he chose Hatay for this year’s observation.

“It's also a bird species living in deserts that all bird watchers have been looking for years,” he told Anadolu Agency (AA).

Yoğurtcuoğlu explained that he encountered another rare bird which he immediately photographed.

While following that bird, Yoğurtcuoğlu came across the Arabian lark behind the dunes. “That was a dream moment for me. It is not an easily seen species even in Saudi Arabia.”

Yoğurtcuoğlu took photos and shot a video of the Arabian lark. The rare bird was recorded as the 487th bird species seen in Turkey, while Yoğurtcuoğlu said he also photographed 442 of those species.