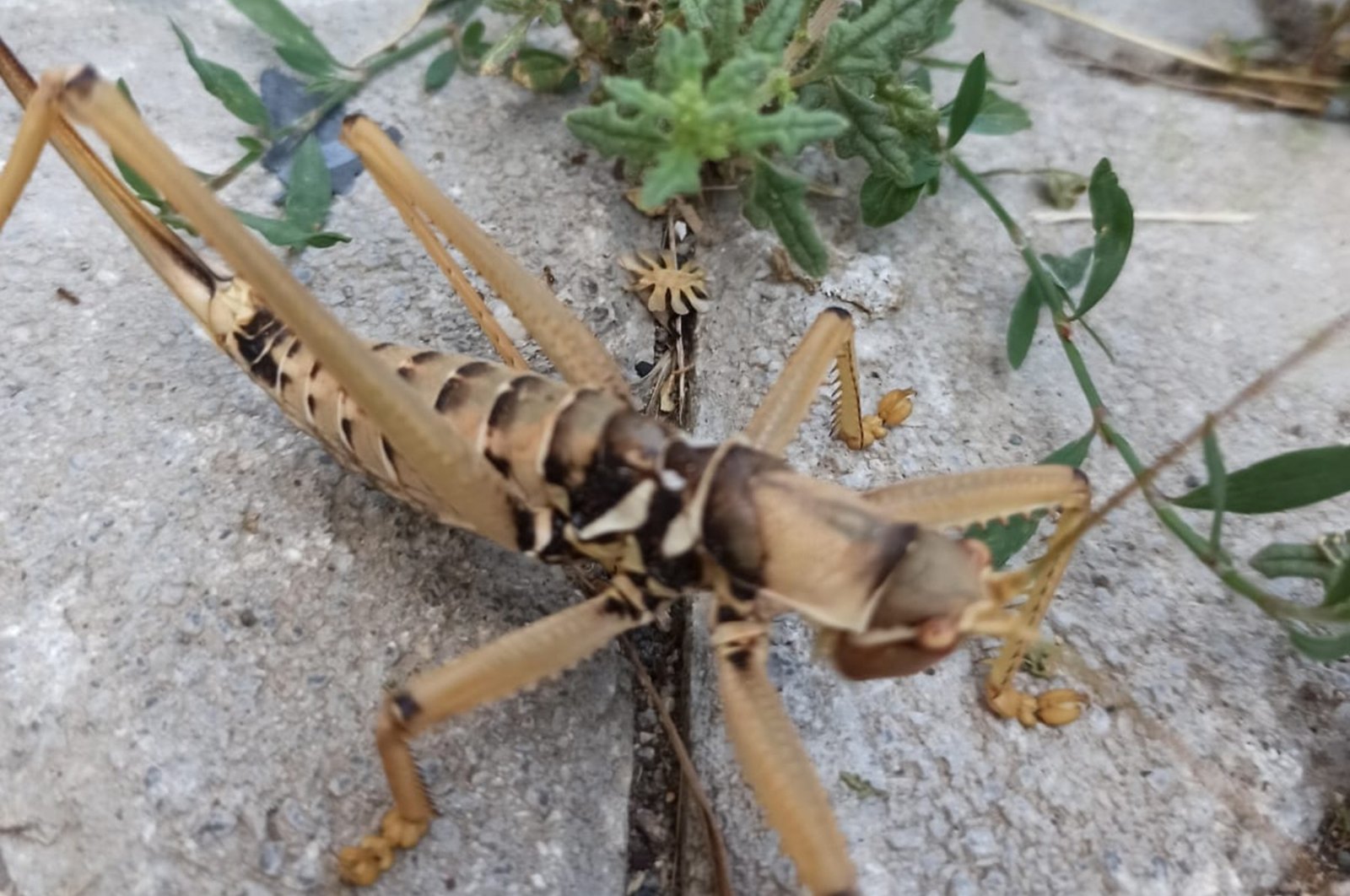 The frightening size of the saga ephippigera shocked social media users across Turkey after the discovery of the rare cricket in Tunceli, July 11, 2020 (DHA Photo)
by Daily Sabah with IHA Jul 11, 2020 5:32 pm

The saga ephippigera, a rare species of giant bush cricket, has been spotted in the eastern Turkish province of Tunceli.

The nightmarish creature, which appears in various regions of the country from time to time and is known locally as "Çağaboğan," was discovered in the village of Ulukale in the Çemişgezek district by resident Fatih Karakaya, who was shocked by the cricket's enormous size and distinct yellow coloring.

After sharing photos of the beast on social media, Karakaya was informed of the name of the species and was also surprised to find that another local had taken pictures of the exact same insect.

"During the summer, I often reside in the village of Ulukale. On the way back from our berry garden, I noticed a cricket on the road and immediately took photos and a video of it,” said Kayakaya.

The saga ephippigera is a carnivorous species of bush cricket that feeds off insects that are otherwise harmful to agriculture.