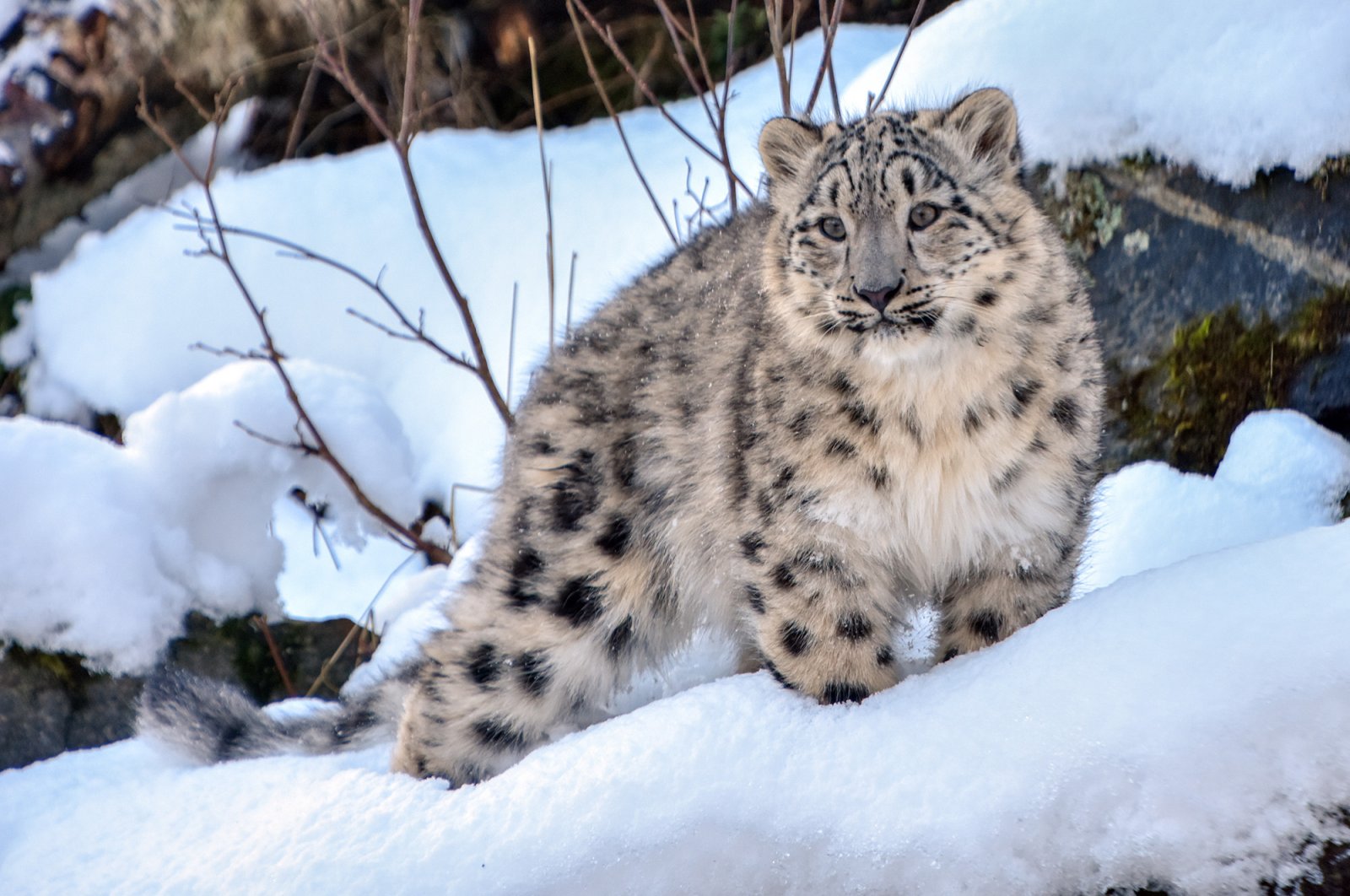 Leannain and Stardust, the 7-month-old snow leopard cubs at the Royal Zoological Society of Scotland’s Highland Wildlife Park, have been enjoying the winter weather at their home in Cairngorms National Park. (Reuters File Photo)
by REUTERS May 25, 2020 2:16 pm
RECOMMENDED

Several snow leopards, including a mother and her cub, have been spotted near the Kazakh city of Almaty wandering through a usually popular hiking destination that is now mostly off-limits due to the coronavirus lockdown.

There are only around 150 snow leopards left in Kazakhstan, out of a global population of less than 10,000 across Central and South Asia. Classified as vulnerable by the International Union for Conservation of Nature (IUCN) Red List of Threatened Species, the big cats are rarely seen in the wild, let alone within city limits.

However, in the past few weeks at least three animals – a lone male and a female with a cub – were caught on film by a motion sensor-equipped camera trap installed near the Big Almaty Lake by a nongovernmental organization (NGO) set up to protect the species.

Zoologist Alexey Grachyov, who works with the Snow Leopard Foundation, said in the mountains near Almaty there are only around 20 of the animals left, making the sighting extremely rare.

The snow leopard has grey or white fur with black spots and a bushy tail, and its population is distributed across a wide area, including mountainous regions of Russia, Mongolia, China, Nepal, Pakistan and Afghanistan.

A common misconception is that snow leopards live only at high altitudes when in reality they live closer to humans than most people realize, Grachyov said.

"This is a unique population that has adapted to human presence. Every snow leopard probably sees humans, cars, sees the city every day, sees it encroach on its habitat."

The foundation's long-term plan is to rebuild the snow leopard population by breeding and releasing them into the wild.