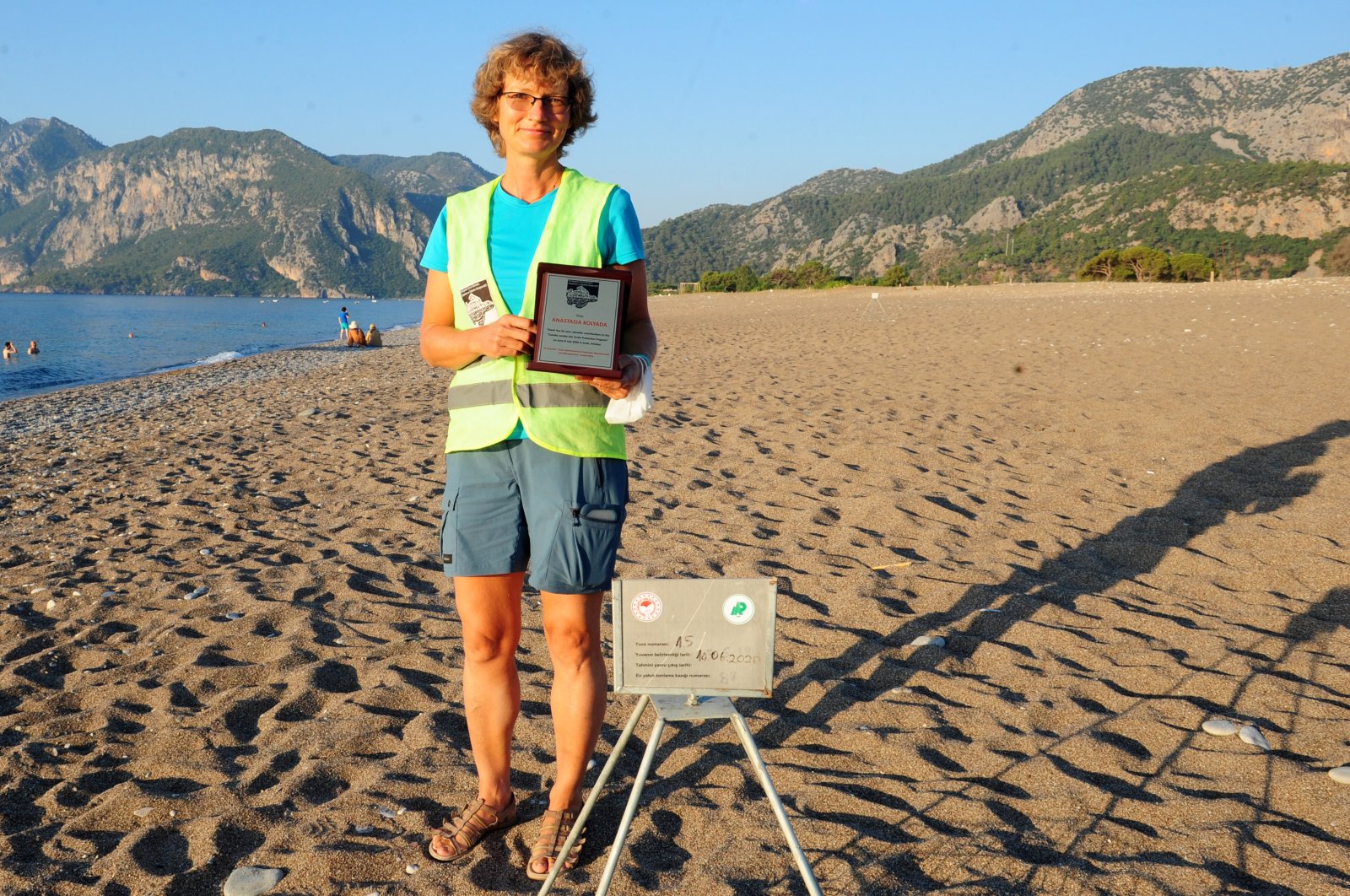 Anastasia Kolyada, a Russian tourist who chose to come to Turkey for a quiet isolation experience, has found herself volunteering to watch over the population of loggerhead sea turtles (Caretta caretta) on the beaches of the southern resort city of Antalya.

Kolyada, a 45-year-old math teacher from Russia, came to Antalya for the first time seven years ago and has tried to spend her summer vacations on the Mediterranean coast ever since.

In March, she and her family decided to enjoy their coronavirus quarantine in the town of Çıralı in Antalya, and for the past two months, they have been spending their time mostly on the beach to help out Caretta carettas.

One day during a long walk along the beach, Kolyada met members of the Çıralı Coastal Protection Commission who were working to protect the nests of sea turtles. After talking with members of the commission and seeing their work, Kolyada was inspired to become a volunteer.

Now every night, Kolyada follows the loggerhead sea turtles on their way from the sea to the beach to ensure they can nest safely. Her dedication has even earned her the nickname “Russian mother of turtles” as well as a celebratory plaque from the commission.

Erdal Elginöz, the head of the Çiralı Coastal Protection Commission, said he admires Kolyada's enthusiasm and commitment to the turtles.

“The fact that a foreign tourist shows so much devotion to volunteer work makes us really happy. Sea turtles bring volunteers together as one big family,” he said.