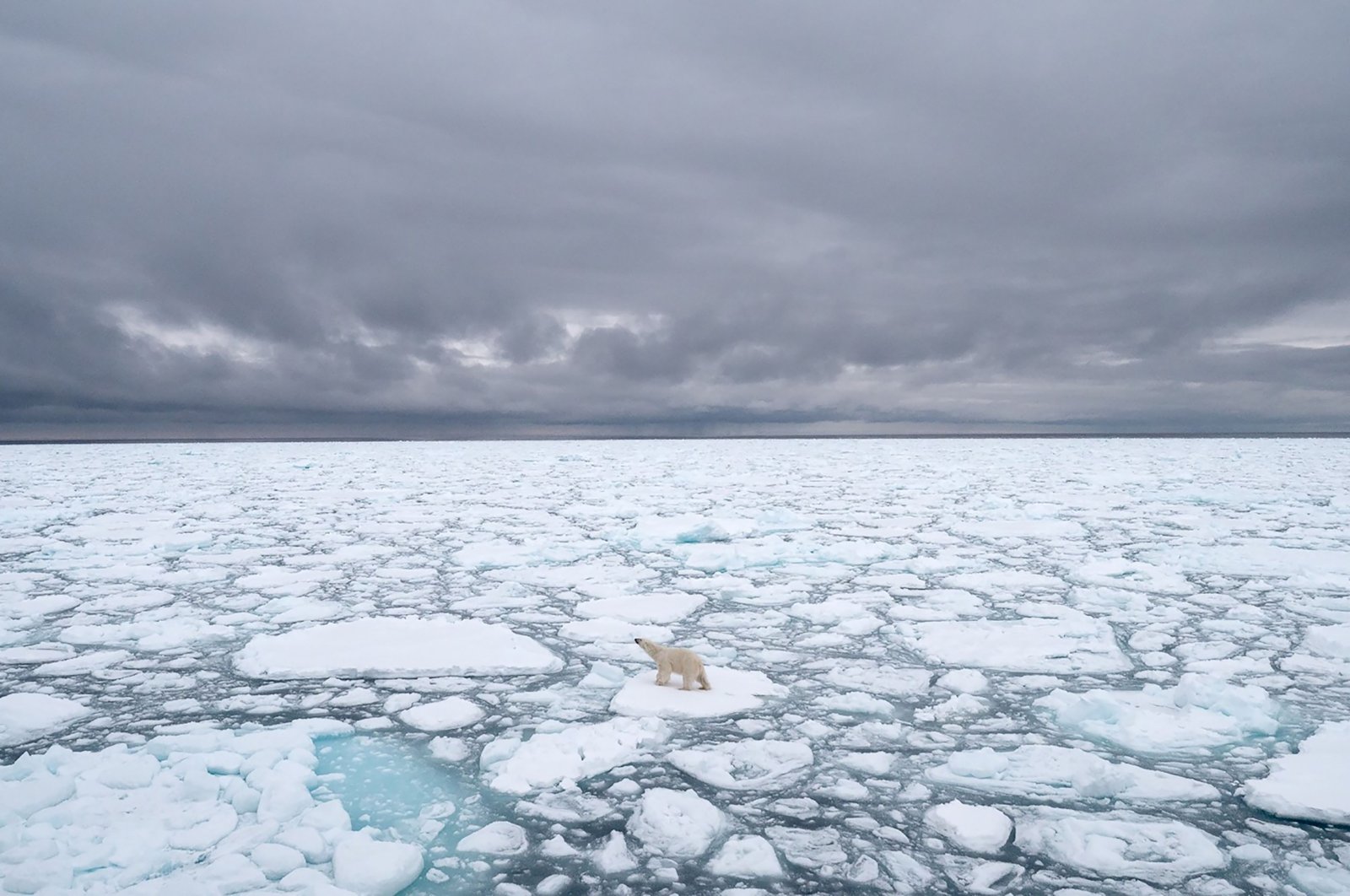 The extent of sea ice in the Arctic was at record lows for October, Danish researchers said Wednesday, adding the unusually warm season meant it was not recovering as fast as normal.

"The October Arctic sea ice extent is going to be the lowest on record and the sea ice growth rate is slower than normal," Rasmus Tonboe, a scientist at the Danish Meteorological Institute (DMI), told Agence France-Presse (AFP), noting that records went back to 1979.

Already in September researchers noted the second-lowest extent of sea ice recorded in the Arctic, though not quite hitting the levels recorded in 2012. But warmer-than-normal seawater slowed the formation of new ice in October.

Water temperatures in the eastern part of the Arctic, north of Siberia, were 2 to 4 degrees Celsius (3.6 to 7.2 degrees Fahrenheit) warmer than normal, and in Baffin Bay, it was 1 to 2 degrees Celsius warmer, the DMI said in a statement. The institute said this was following a trend observed in recent years, which was described as a "vicious spiral."

"It's a trend we've been seeing the past years, with a longer open water season making the sun warm the sea for a longer time, resulting in shorter winters so the ice doesn't grow as thick as it used to," Tonboe said.

The loss of billions of tons of ice from Earth's frozen spaces is likely to increase global temperatures by an additional 0.4 degrees Celsius, according to another study highlighting the danger of a "vicious circle" of warming.

Arctic summer sea ice levels have declined by more than 10% each decade since the late 1970s and mountain glaciers have shed roughly 250 billion tons of ice annually over the last century. Ice loss from the West Antarctic and Greenland ice sheets is accelerating and already outstripping what scientists until recently believed to be the worst-case melt scenarios.

Decades of studies have sought to quantify how Earth's melting ice will contribute to sea-level rise – Antarctica and Greenland alone contain enough frozen water to boost oceans' height by around 60 meters (almost 200 feet). But little research has tried to predict how ice loss will add to the already 1 degree Celsius of global warming emissions from fossil fuels since the start of the industrial era.

Scientists at Germany's Potsdam Institute for Climate Impact Research (PIK) used a climate model that includes components on atmosphere, ocean, sea- and land-ice data to predict temperature change from ice loss under a variety of emissions scenarios. They found that under current levels of atmospheric carbon dioxide – roughly 400 parts per million – the melting of Arctic sea ice, mountain glaciers and the polar ice caps would raise temperatures by 0.4 degrees Celsius.

That's on top of the 1.5 degrees Celsius of warming our current emissions levels have rendered all but inevitable, and the safer cap on global warming aimed for in the Paris climate accord.

The main driver of temperature gain from ice loss would be due to a process known as albedo feedback, in which heat-reflective bright ice is replaced by absorbant darker seawater and/or soil.

"If global ice masses shrink, this changes how much of the sunlight that hits Earth's surface is reflected back into space," said lead author Nico Wunderling.

He likened the albedo effect to wearing either white or black clothes in summer.

"If you wear dark, you heat up more easily," Wunderling noted.

This is one of Earth's so-called climate "feedback loops," in which increased temperatures lead to further ice loss, which in turn further increases temperatures.

Other ways that temperatures would rise further as ice recedes include increased water vapor in the atmosphere, increasing the greenhouse effects, said the authors of the study published in Nature Communications.

Looking solely at Arctic sea ice – which unlike polar ice caps might be totally absent during summer months within decades – they found its melt would contribute 0.2 degrees Celsius to global temperatures alone. The largest ice masses in Greenland and West Antarctica, by comparison, are huge and will likely take centuries to melt fully even if emissions continue their unabated growth.

But the authors highlighted the risk that those enormous bodies of frozen water could soon reach a point of no return as temperatures creep ever higher.

Given the unknowns surrounding ice cap tipping points, Wunderling told AFP it would be best to act in "a risk-averse" way and try to drag down emissions as soon as possible.

"With continued global warming, it becomes more and more likely that we cross tipping points – not just in the ice-sheets, but also in other parts of the climate system," he said.

"If the Paris Agreement is fulfilled we can avoid many of the strongest and potentially irreversible impacts on Earth's ice masses, the global climate and humanity."