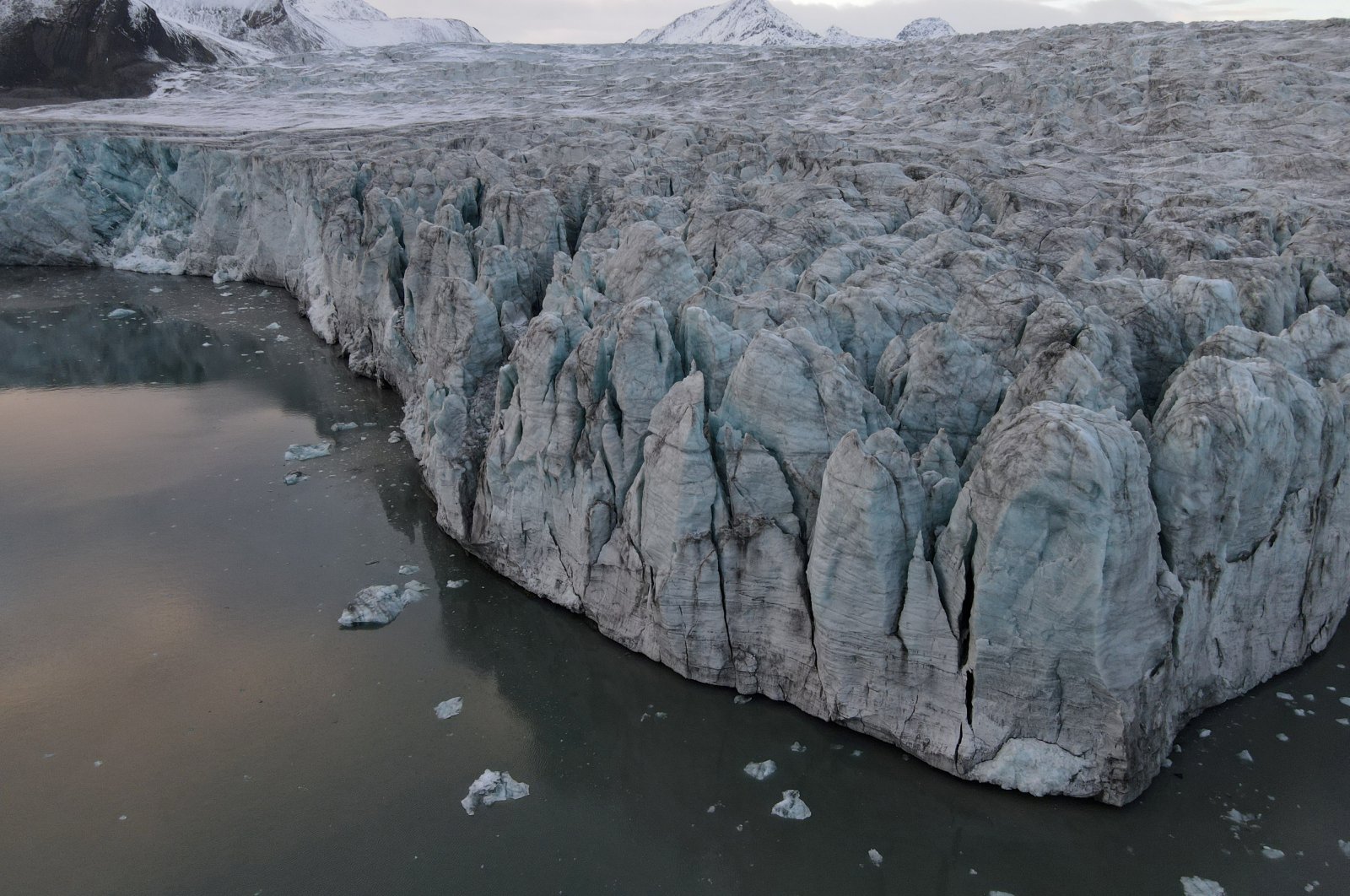 A view of the Esmarkbreen glacier on Spitsbergen island, part of the Svalbard archipelago in northern Norway, Sept. 24, 2020. (Reuters Photo)
by DAILY SABAH Feb 08, 2021 8:29 am
RECOMMENDED

Sea levels continue to rise at an alarming rate as oceans expand and ice on land melts amid climate change.

Ocean Science (OS), an international open-access scientific journal, wrote last week that "a perturbation in greenhouse gas concentrations changes the balance of energy fluxes between the atmosphere and the ocean surface and the balance of mass fluxes to and from glaciers and ice sheets."

British scientists have issued similar warnings in new research that the rate at which ice is disappearing across the world matches "worst-case climate warming scenarios."

A team from the universities of Edinburgh and Leeds and University College London said the rate at which ice is melting across the world's polar regions and mountains has increased markedly in the last three decades.

"The ice sheets are now following the worst-case climate warming scenarios set out by the Intergovernmental Panel on Climate Change (IPCC)," said Thomas Slater, a research fellow at Leeds' Centre for Polar Observation and Modelling.

"Sea level rise on this scale will have very serious impacts on coastal communities this century."

Input from United Nations' IPCC has been critical to forming international climate change strategies, including the 2015 Paris Agreement under which the majority of greenhouse gas emitting nations agreed to mitigate the impact of global warming.

The Paris climate deal aims to limit global temperature rises to well below 2 degrees Celsius (3.6 Fahrenheit) and encourages countries to work toward a 1.5-degree Celsius cap.

The findings, published last month in the European Geosciences Union's journal The Cryosphere, was the first of its kind to use satellite data.

It surveyed 215,000 mountain glaciers around the globe, polar ice sheets in Greenland and Antarctica, ice shelves floating around Antarctica and sea ice drifting in the Arctic and Southern Oceans.

The survey found the largest losses in the last three decades were from Arctic Sea ice and Antarctic ice shelves, both of which float on the polar oceans.

"As the sea ice shrinks, more solar energy is being absorbed by the oceans and atmosphere, causing the Arctic to warm faster than anywhere else on the planet," said Isobel Lawrence.

"Not only is this speeding up sea ice melt, but it's also exacerbating the melting of glaciers and ice sheets which causes sea levels to rise," she added.