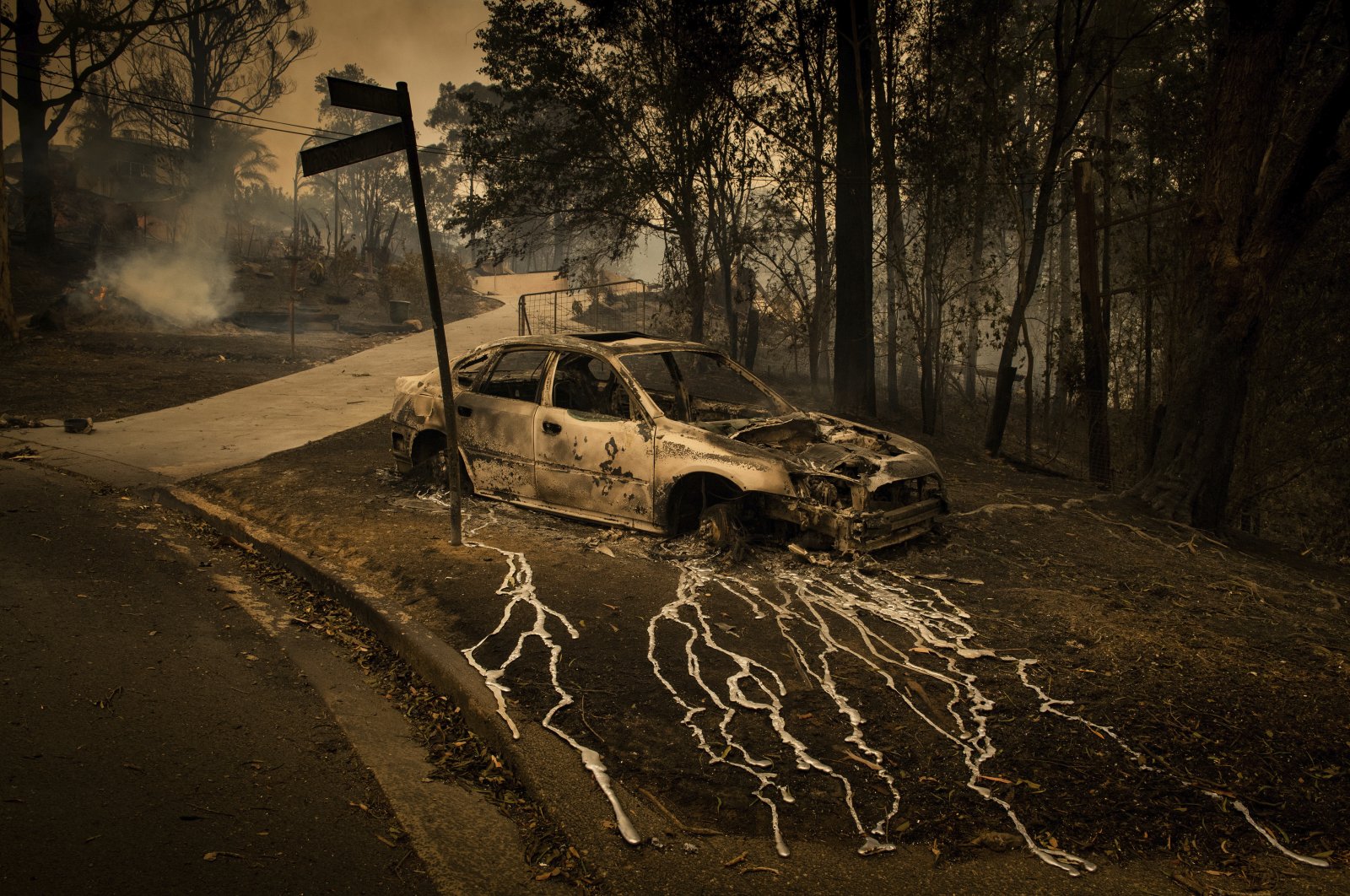 Aluminum, which melts at 660.3 C, has streamed from a burning car in Conjola Park, a town where bushfires razed more than 89 properties, in New South Wales, Australia, Dec. 31, 2019. (Matthew Abbott, Panos Pictures for The New York Times, World Press Photo via AP)
by German Press Agency - DPA Apr 23, 2020 10:52 am
RECOMMENDED

Smoke from the bushfires that ravaged Australia in late 2019 and early 2020 has continued to circle the globe almost four months after it was first formed, scientists have found.

New Zealand's National Institute of Water and Atmospheric Research (NIWA) scientist Richard Querel said in a statement Thursday it was remarkable to be able to track a smoke plume for more than 100 days.

Scientists around the world have been tracking the blob since it formed in December following bushfires in Australia that burned more than 12 million hectares of land across Australia.

Querel said it was one of the largest plumes of smoke observed by satellites that high in the stratosphere.

"The fires were so energetic they injected smoke and carbon aerosol into the stratosphere, which has since risen to about 35 kilometers (22 miles) above the earth," he said.

He said at its height the main bulk of the plume was about 5 km high and hundreds of kilometers wide.

The smoke had now been around the globe "a few times" with the remnants currently over South America, Querel said.

The bushfires also caused a spike in carbon monoxide readings earlier in the year, however, Querel said it will have converted to carbon dioxide over a few weeks and would not pose a significant threat to the climate.

"The important thing about these carbon monoxide readings is that they show just how large these fires were," he said.

An estimated 830 million tons of carbon dioxide were released into the atmosphere between September and February due to the devastating fires, according to a preliminary estimate by the Department of Industry, Science, Energy and Resources released this month.

Australia's greenhouse gas emissions are equivalent to about 540 million tons of carbon dioxide per year, according to a policy brief published in October by the Australian National University.