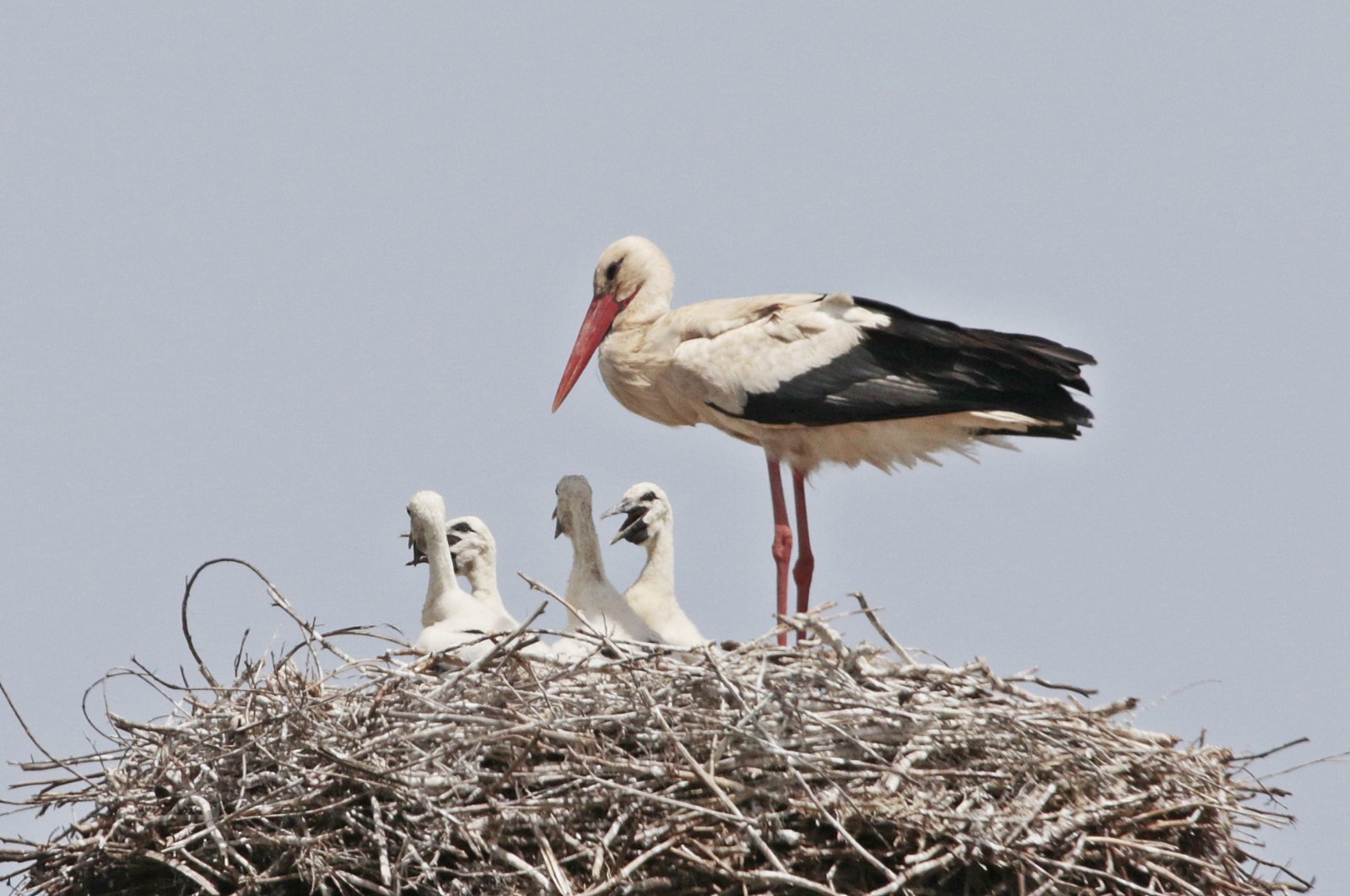 White storks have returned to their ancestral home in the Tigris Valley in Turkey’s southeastern Diyarbakır province once more this spring.

These white storks spend the winter on the banks of the Nile River in North Africa, returning to the Tigris Valley in the spring to breed and raise their young.

The storks are one of the many species of birds that migrate through Anatolia from Africa, Asia and Europe each year, stopping to rest or breed.

Diyarbakır, which is on the migration route of many of the birds, is hosting hundreds of species this season. Storks can be seen roosting atop electrical poles along the Diyarbakır-Bismil highway, waiting for their offspring to hatch. Once their chicks have learned to fly, the storks will return to North Africa in September.

Dicle University biology professor Ahmet Kılıç, who has been studying the species in the Tigris Valley for years, told Anadolu Agency (AA) that the white stork colony along the Diyarbakır-Bismil highway is one of the largest musters in Turkey. Kılıç said storks prefer the region as a habitat because of an abundance of shelter and food.

“This is an ancestral home,” he said, explaining that storks left the region 20,000-25,000 years ago during periodic ice ages to seek food and warmer temperatures in Africa.

“But they didn’t forget the knowledge of their ancestral home in their genes,” Kılıç said.

Each spring, the storks travel a distance of about 6,000 kilometers (3,730 miles) between the Nile Valley and the Tigris Valley in a period of four weeks, Kılıç said.

A less frequently seen species in the region is the black stork. Kılıç said these storks transit through the Tigris Valley to settle in regions farther north.

Vehbi Çakmak, who has a factory in the Yuvacık village, which hosts many white storks each spring and summer, said storks have roosted atop the electrical pole in front of their factory since the poles were installed in the 1980s.

"I see them as childhood friends," Çakmak, 38, told AA. "They are the balance of nature."

Çakmak said that in 2005, a stork fell from its nest. "We gave him water, we fed him and we treated his wound. Then one morning, he flew to his home," he said.