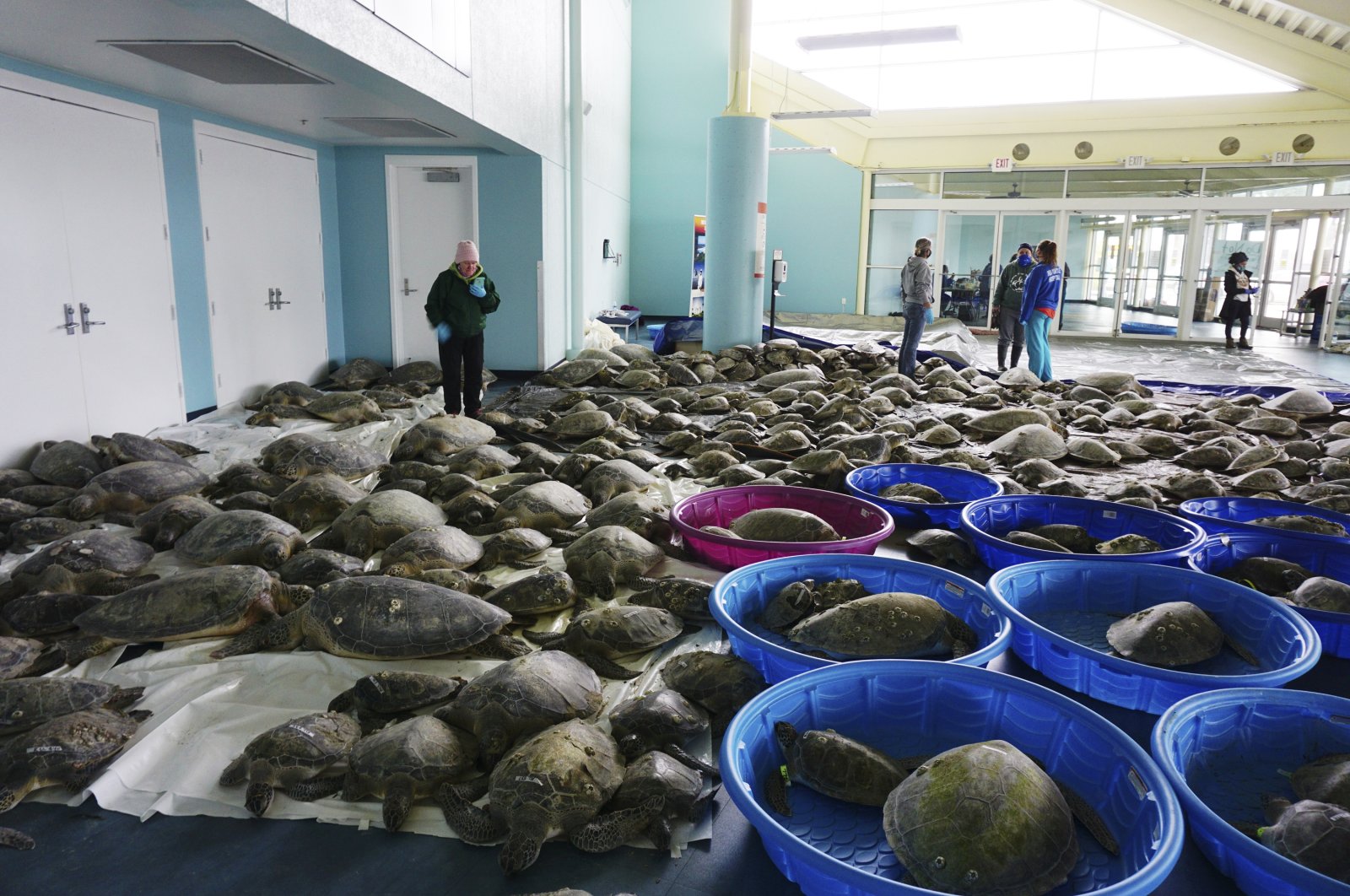 Residents of Texas, some of whom have no heat or power in their own homes amid unusually cold winter weather in the U.S., have been rescuing cold-stunned sea turtles and taking them to a convention center in a South Texas resort town.

“Every 15 minutes or less there’s another truck or SUV that pulls up," Ed Caum, executive director of the South Padre Island Convention and Visitors Bureau, told The Associated Press (AP) on Wednesday.

He said sometimes people bring one or two sea turtles, sometimes more. “We had trailers full yesterday coming in that had 80, 100, 50,” he said.

The South Padre Island Convention Center started pitching in Monday when its neighbor, Sea Turtle Inc., could no longer handle the number of sea turtles being dropped off, and their mostly outdoor operation had lost power. He said the convention center itself didn't have power or water till early Wednesday morning.

He says they've “collected” more than 3,500 sea turtles so far. He said he hesitates to use the word rescued because “we know we're going to lose some.”

Caum said that with another cold front approaching, they don't know when they'll be able to return the sea turtles to the water.

Temperatures in the area on Wednesday afternoon were in the 40s. He said it may be Saturday — when temperatures are expected to reach the low 60s (above 15 Celsius) — before the turtles can be released back into the Gulf.

He said with power returned they have been able to bring the convention center's temperature to 60 degrees.

“We’re trying to do the best we can to save as many turtles as possible,” he said.