Turkey is bridge to over 400 species of migratory birds 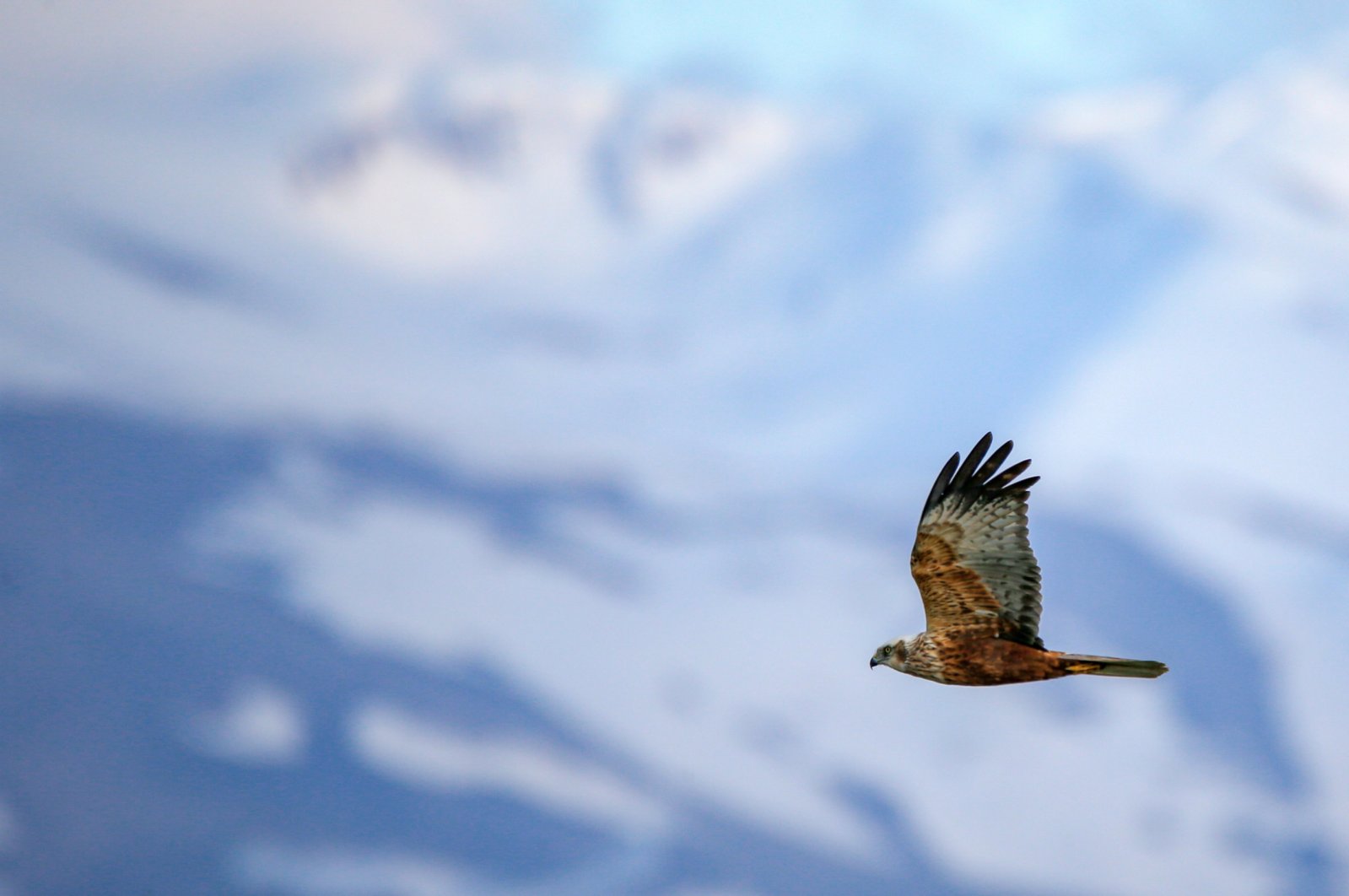 A long-legged buzzard is seen soaring over Lake Van in eastern Turkey. (AA Photo)
by DAILY SABAH May 12, 2020 10:54 am
RECOMMENDED

Turkey is known to be not only the bridge between the continents of Europe, Asia and Africa for migratory birds but is also considered to be of strategic importance for its location on the two major bird migration routes of the world. The country gives refuge to more than 400 migratory species and provides them with nutrition and breeding areas.

Migration is known as one of the ways bird species adapt to different seasonal conditions, according to data by the Turkish directory for national parks. The birds repeat this behavior to be able to feed, raise their offspring and find the best ecological conditions and habitats.

Turkey is considered an essential habitat for them on an international level. It is estimated that every year 50 billion birds are migrating globally. Depending on their species they take different routes. Knowing the resting places of the birds on these migration routes is also important for the protection of the species.

This winter alone, Anadolu Agency (AA) reports, 2.3 million waterbirds were observed in Turkey. In areas important for the waterbirds, censuses are carried out every year from Jan. 15 to Feb. 15 with the participation of ministry personnel, universities, nongovernmental organizations (NGOs) and volunteers.

In Turkey, the monitoring of birds is done with transmitters or by being ringed. In this context, Turkey’s Ministry for Agriculture and Forestry has been monitoring some bird species such as storks, piles, red hawks, eastern imperial eagles, steppe eagles and snakes eagles.