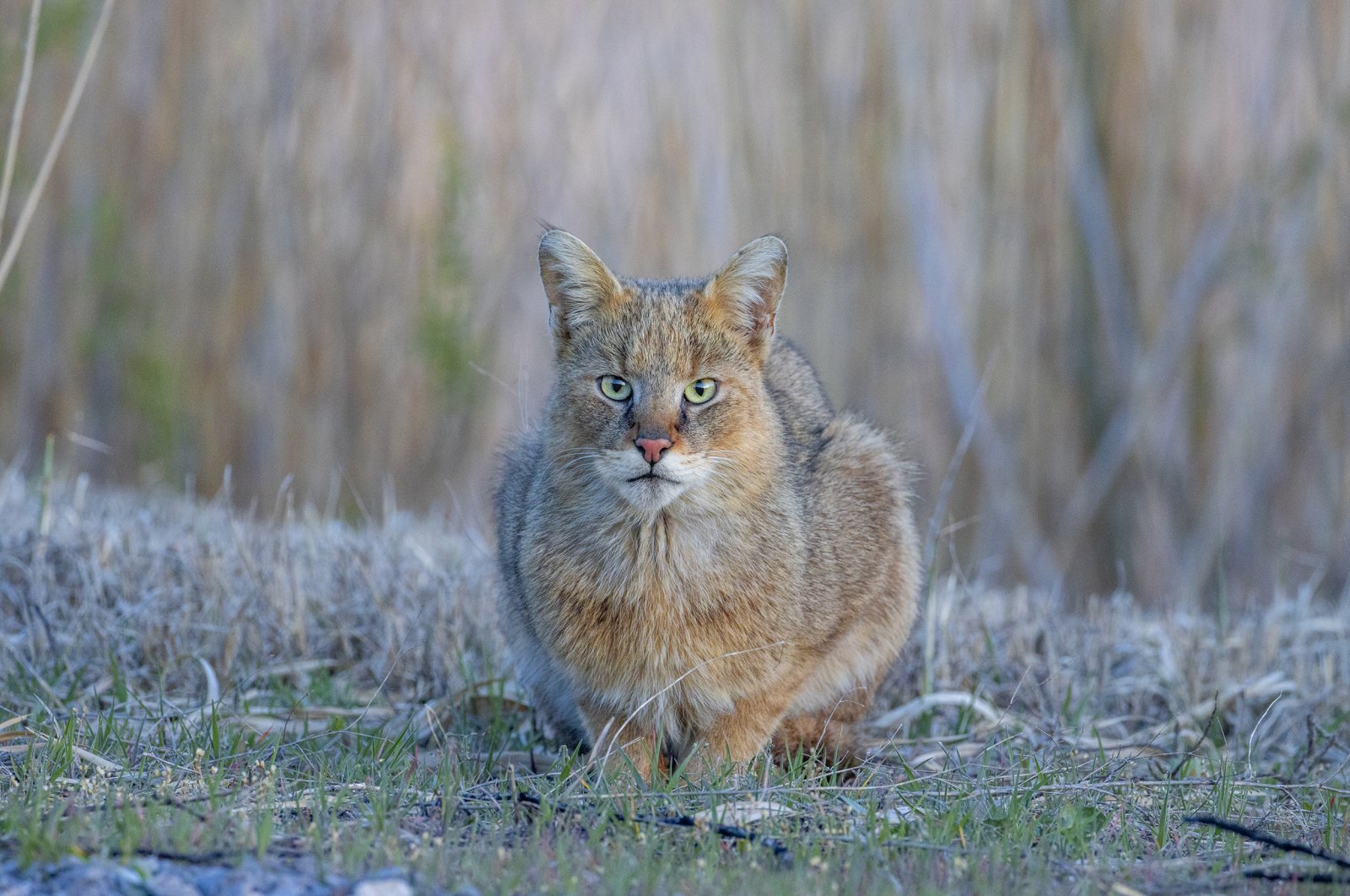 When Emin Yoğurtçuoğlu looked out into the field, he found these two green eyes staring back at him. (AA Photo)
by DAILY SABAH WITH AA Jun 28, 2020 11:32 am

While wandering out in nature and observing your surroundings what's the best and most unique thing you've ever spotted?

For this Turkish bird-watching guide and wildlife expert, it was an endangered cat species, which he came across by complete chance.

Speaking to Anadolu Agency (AA), Emin Yoğurtçuoğlu said that while he was on a casual observational stroll in nature he came eye-to-eye with a jungle cat (felis chaus) in a location that he would purposefully not share to protect it from hunters and wondering eyes.

"Since the species is endangered, I will not share the location information, but this is a new area completely independent from where the (jungle cats) were previously recorded," Yoğurtçuoğlu said.

"Unfortunately, my concern is illegal hunting. Also, those who want to take pictures would also disturb it," he added.

The wildlife expert said he had also observed a few wildcats, lynxes, and jungle cats before, all of which are among the five rare cat species spotted in Turkey, adding he wants to record a caracal and Anatolian leopard as well.

Describing the moment they locked eyes as "shocking" but also "one of the most spectacular days of his life," the birdwatcher of 22 years said the wild cat was the size of a dog.

"I was so amazed that I even called out to it saying 'pussy, pussy' (pisi pisi in Turkish). Of course, it had no effect on the cat."