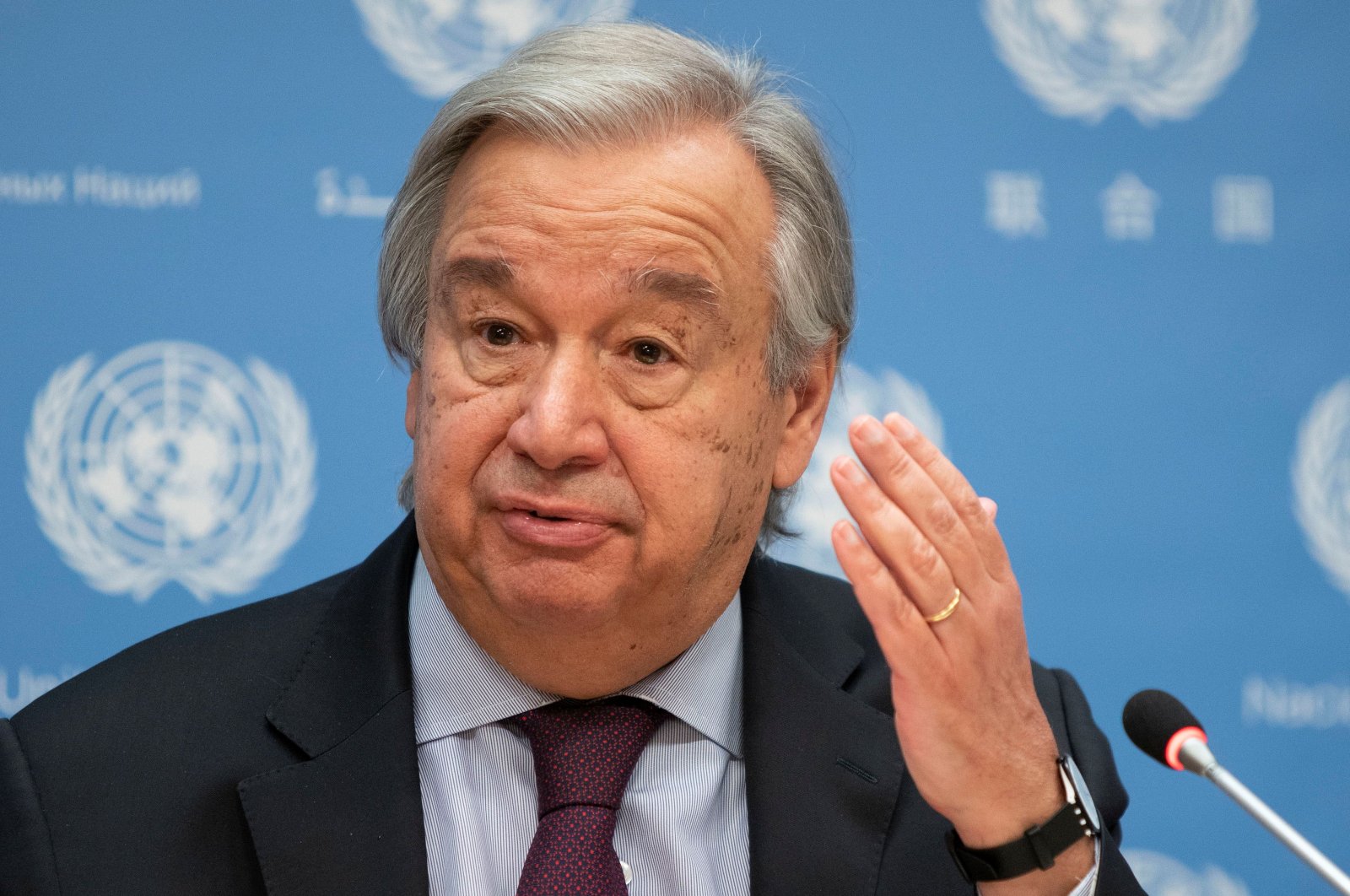 U.N. Secretary-General Antonio Guterres urged every country in the world to declare a "state of climate emergency" on Saturday, at a summit coinciding with the fifth anniversary of the Paris climate agreement.

The state of emergency should remain in place until carbon neutrality is achieved, meaning that no more additional greenhouse gases are being pumped into the Earth's atmosphere, Guterres said as he opened the Climate Ambition Summit, an online conference attended by leaders from around the world.

In Paris in 2015, states promised to limit the rise in global temperature to 1.5 degrees Celsius as much as possible, Guterres said.

But he pointed out that the pledges made to meet that goal were insufficient and in some cases were being ignored.

The U.N. chief warned that if the global community does not change course, the globe may be headed toward a "catastrophic" temperature increase of more than 3 degrees this century.

"Can anybody still deny that we are facing a dramatic emergency?" he said.

Thirty-eight states have already declared a state of climate emergency, according to Guterres, who urged others to join them.

The European Union followed suit in November 2019, declaring a climate emergency across all of its 27 member states. It is, however, a largely symbolic act.

The summit was co-hosted by the United Nations, Britain and France, together with Chile and Italy.

China's President Xi Jinping said that by 2030 China would reduce its CO2 emissions by more than 65% compared with 2005. The share of non-fossil energy sources in total energy consumption would increase to around 25%, Xi said.

French President Emmanuel Macron said the international community should "massively redirect public and private flows of money in order to bring them into line with the goals of the Paris climate agreement." He said leading companies are to be subject to the recommendations of a task force on climate-related financial disclosure.

Unlike previous climate summits, no negotiations took place and only countries with policy achievements were permitted to speak, in a bid to pile pressure on other participants.

The anniversary of the Paris accord should have seen countries set out new plans to keep global warming closer to 1.5 degrees Celsius, but the annual U.N. international climate meeting was postponed due to the coronavirus pandemic.

Britain had been scheduled to host the event, known as COP26, in the Scottish city of Glasgow last month.

The summit – seen as one of the last chances to set the world on track to meet the Paris accord – will now take place in the flesh in November 2021.

"My message to you all is that together we can use scientific advances to protect our entire planet, our biosphere against a challenge far worse, far more destructive than coronavirus," British Prime Minister Boris Johnson told the summit.

Johnson said the pandemic was an opportunity to create thousands of jobs by way of a green recovery, according to the PA news agency.

However, critics said the leaders had not gone far enough.

"There are no climate leaders. The only ones who can change this is you and me. Together," she added.

Greenpeace International Director Jennifer Morgan echoed these concerns, saying the meeting came nowhere near to what was needed, namely leadership willing to listen to science and drastically cut emissions.

Many nations still lack the courage to stand up to the oil, coal and gas industries, she said.