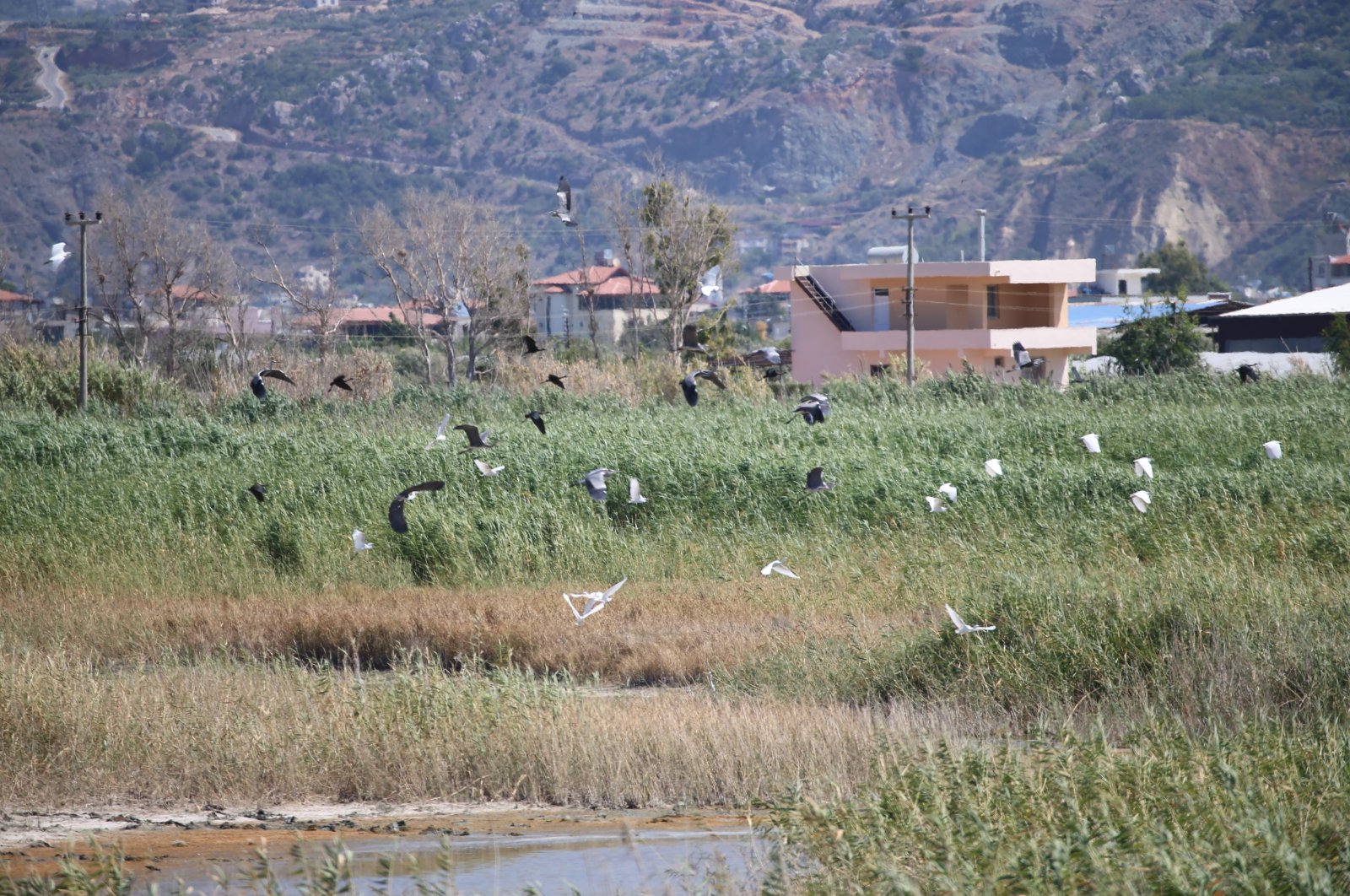 Turkey is commonly known as the "crossroads" of Europe and Aisa – generally in a human sense – but the country's geographical position is beginning to attract never before seen avian species whose migratory patterns may be influenced by ongoing climate change and thus driving them to new locales, such as southern Hatay province's Milleyha wetlands.

With its natural beauty, the Milleyha wetland area of Samandağ district provides a natural habitat to migratory birds in Turkey's south.

The wetland area hosts more than 280 bird species, including the streak-throated swallow, Dunn's lark and Egyptian nightjars that were spotted for the first time in the area.

Mişel Atik, head of the Samandağ Environmental Protection and Tourism Association, told Anadolu Agency (AA) the area is of great importance since it attracts many rare bird species.

Emin Yoğurtcuoğlu, a bird observer, stated that the Milleyha area is one of Turkey's most important wetlands.

“The streak-throated swallow came from India, the Dunn's lark from the Arabian Peninsula while the Egyptian nightjar stopped here while on its way to the Egyptian deserts. This is an indispensable stopover for all birds,” he added.

Yoğurtcuoğlu pointed out that there are 10,800 different bird species in the world, and that out of a total of 490 bird species registered in Turkey, 283 have been spotted in Milleyha.

The wetland area would host more bird species if it were better protected from human interference, he added.