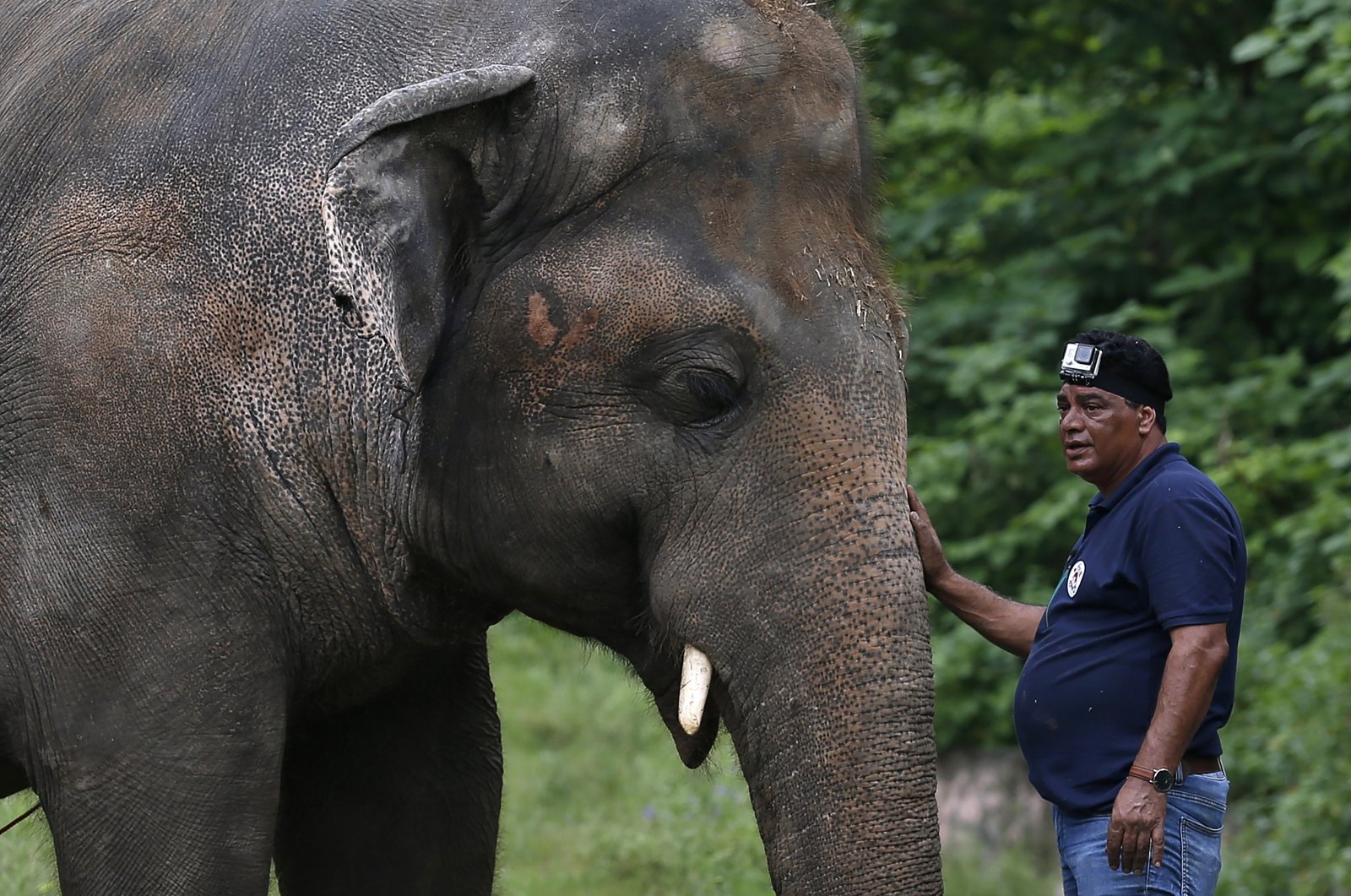 A veterinary from the international animal welfare organization "Four Paws" offers comfort to an elephant named "Kaavan" during his examination at the Maragzar Zoo in Islamabad, Pakistan, Sept. 4, 2020. (AP Photo/Anjum Naveed)
by REUTERS Sep 04, 2020 5:36 pm
RECOMMENDED

The trick to calming an unhappy elephant? Sing him Frank Sinatra songs, according to one of the vets tasked with assessing whether Kaavan can be moved from poor conditions in a zoo in Pakistan's capital to a sanctuary in Cambodia.

Amir Khalil, a vet who has worked in war zones to rescue animals, is now in Islamabad with the welfare organization, Four Paws, to determine whether Kaavan is safe to travel after a Pakistan court ruled in May that all animals at Islamabad's zoo must be set free or transferred to a better environment.

"When we arrived 10 days ago ... I started to train him and to sing to him and he accommodated me so we have a relationship," he said, adding he chose Sinatra's hit "My Way."

Animal rights advocates have long raised concerns about conditions at Islamabad's zoo, where dozens of animals including six lion cubs have died in the past four years.

The court decision came after a four-year global campaign, backed by American singer Cher. Plans are underway to move Kaavan, to Cambodia if possible. The 36-year-old elephant has spent most of his life in a small enclosure with meager shelter, and the last eight years alone after his companion elephant died.

But even with Sinatra, it is no easy feat moving an elephant thousands of miles.

Four Paws experts fired darts with a sedative so they could give the sleepy animal a comprehensive check-up.

As Kaavan woke up to eat some apples, Four Paws elephant specialist Frank Goeritz analyzed his blood samples. Though it will be a few days before he files a formal report, Goeritz said despite Kaavan being obese, unhappy and having malformed nails that put him at risk of serious infection, the outlook was hopeful.

"Let's wait until we have all the results, but so far I don't see a big problem with him traveling ... he is facing a good life."