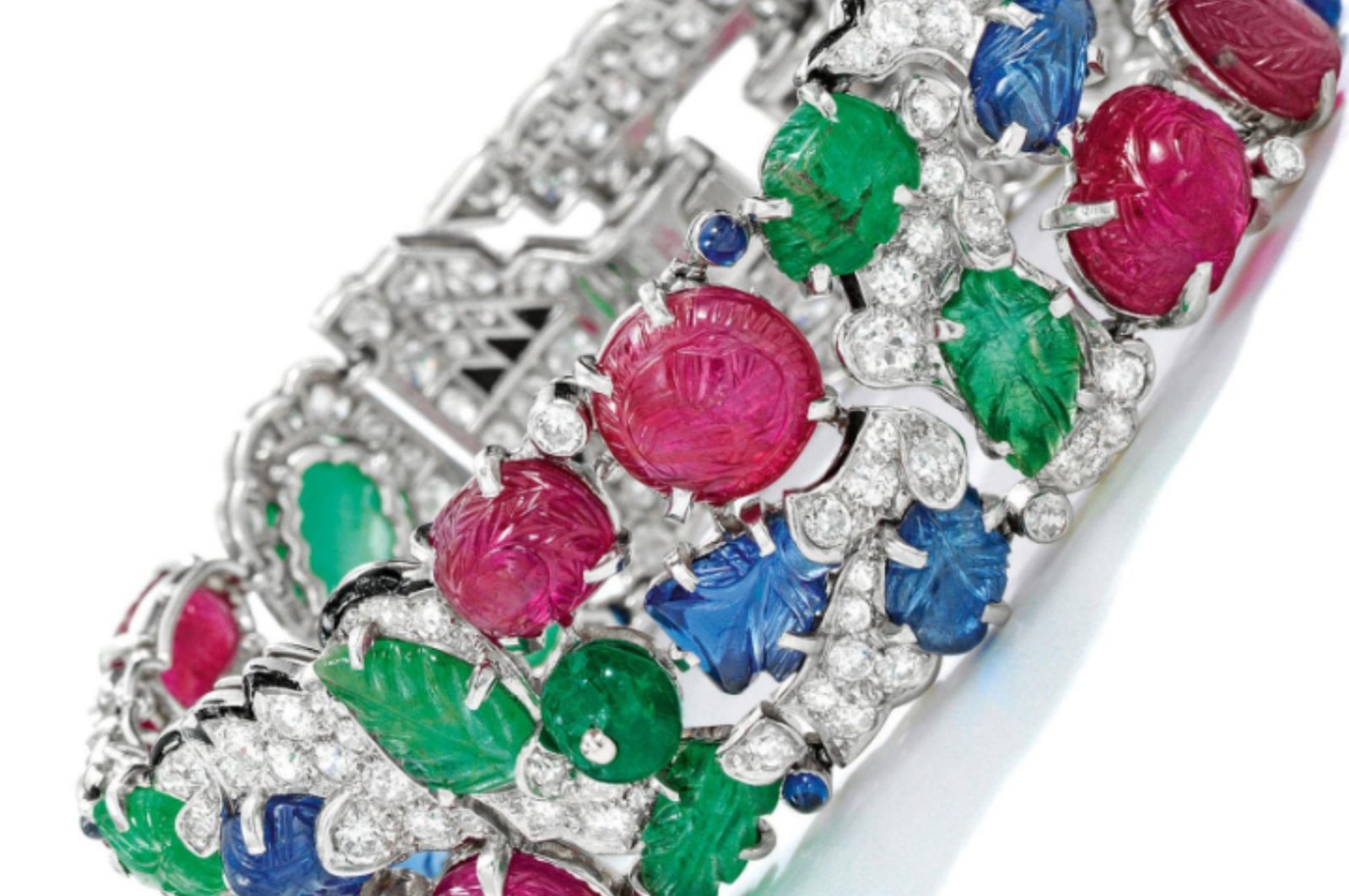 A 90-year-old bracelet, set with diamonds and other precious stones, has been sold for more than $1 million at an online auction in New York City.

The so-called "Tutti-Frutti" bracelet by the French jewelry company Cartier was made in the Art Deco era in the 1930s.

The piece was sold for $1.34 million after a competition between five bidders, the auction house Sotheby's said Tuesday, making it the most expensive piece of jewelry ever sold at an online auction.

It went for significantly more than the previously estimated price of up to $800,000 dollars, Sotheby's said.

A U.S. family had owned the bracelet for decades. It had never been auctioned before.