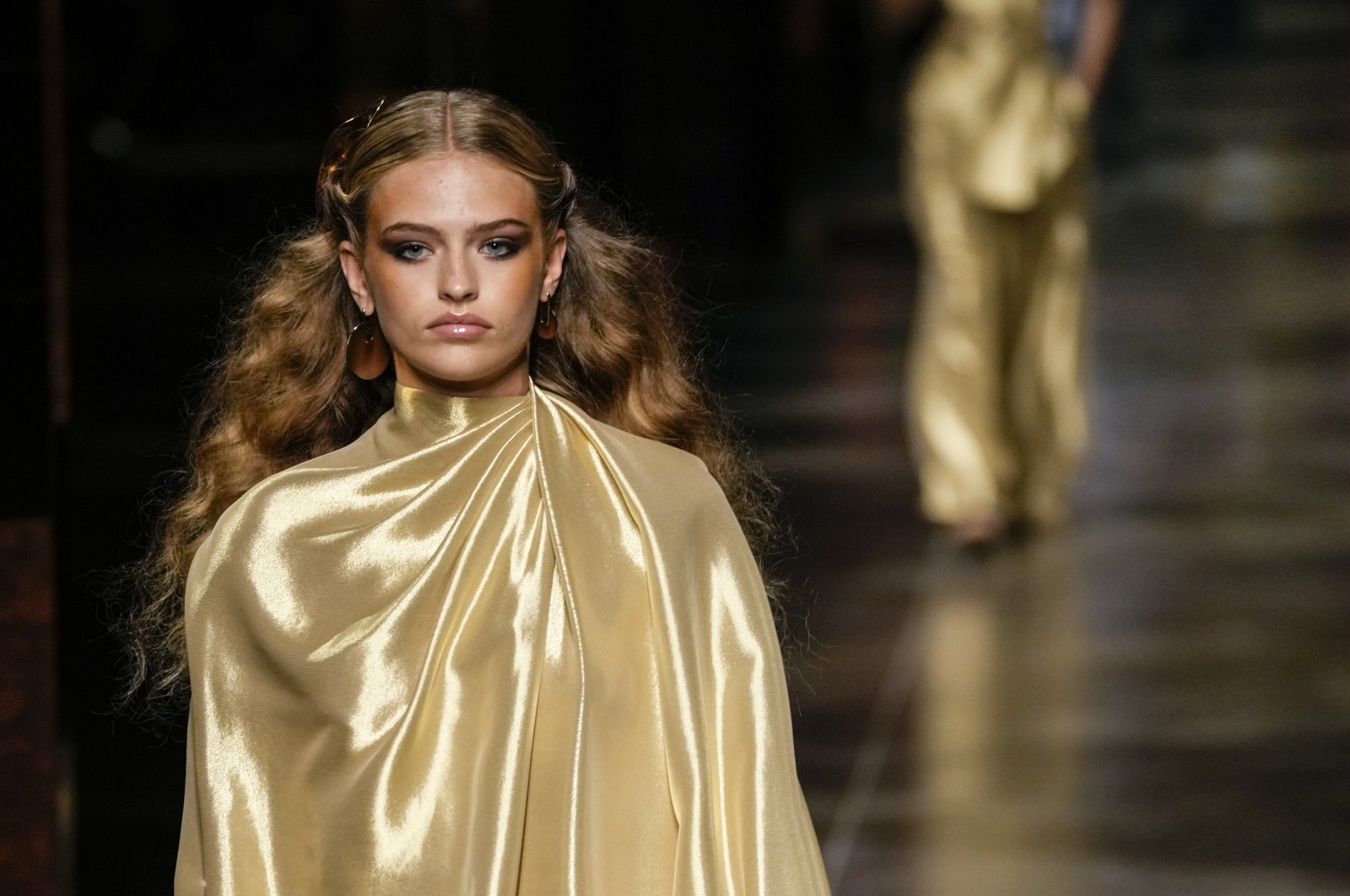 It seems the fashion world is slowly returning to normal with Italy once again hosting a number of fashion shows over the past months.

There was disco fever on the Milan catwalks Wednesday as Fendi kicked off the first fashion week for almost 18 months with predominantly live audiences.

Coronavirus restrictions meant a reduced guest list, but photographers still gathered outside to get a glimpse of stars including Vogue legend Anna Wintour and influencer Chiara Ferragni.

"It is difficult not to get excited," said Fendi chief Serge Brunschwig.

"It's the first time in 18 months that we have the public back, with the feeling of something like a return to normal."

Fendi is not alone – from Prada to Versace, Dolce & Gabbana, Missoni, Ferragamo and Etro, almost all the big fashion houses have opted for in-person shows for the spring/summer 2022 women's collections in Milan.

Out of 65 catwalk shows over the next five days, 43 will have a physical audience, as will 77 out of the 98 presentations – and many of the parties are back.

COVID-19 still made its presence felt. Guests have to show proof of vaccination or a negative test, and wear masks.

But at Fendi, the atmosphere was pure 1970s disco, with a soundtrack of Diana Ross and Chic and looks and attitudes reminiscent of Grace Jones and Jerry Hall.

There were immaculate white silhouettes, including wide trouser suits, on which designs by renowned fashion illustrator Antonio Lopez gradually encroached on the collection.

Artistic director Kim Jones was inspired by a hand-drawn Fendi logo by Lopez that he found in the archives.

"Lopez was a friend of Karl Lagerfeld and has always been someone who inspired me," Jones said in the show notes.

"He was avant-garde, inclusive, admired by everyone, from Andy Warhol to Steven Meisel and David Hockney. I wanted to introduce him to a new generation."

Lopez' brushstrokes appeared on kaftans, silk blouses and bags, while figurative designs with the faces of women became colored motifs on leather or lace.

Elsewhere in Milan, Roberto Cavalli is back, under new artistic director Fausto Puglisi, while MM6 Maison Margiela and Luisa Spagnoli have shows for the first time.

Gucci is not on the catwalk schedule in Milan but will unveil a new project entitled The Vault, while Giorgio Armani celebrates 40 years of his Emporio line with a retrospective exhibition.

Italy was the first European country to face a wave of coronavirus cases in February 2020, sparking a nationwide lockdown that plunged the eurozone's third largest economy into recession.

But a successful vaccination campaign has brought hopes of a return to some kind of normality – and economic growth.

Carlo Ferro, president of the Italian Trade Agency, said the resumption of physical events in Milan "shows the courage of the organizers, the tenacity of the companies and the support of Italian industry."

The numbers on the Italian fashion industry – including the textile, clothing, leather, shoe and leather goods sectors – are encouraging.

That is still 15% lower than before the pandemic, but industry players are hoping a sharp increase in orders will make up some of the difference by year-end.

The collections this week "mark a moment of rebirth," said Carlo Capasa chairperson of Italy's national fashion chamber, the CNMI.