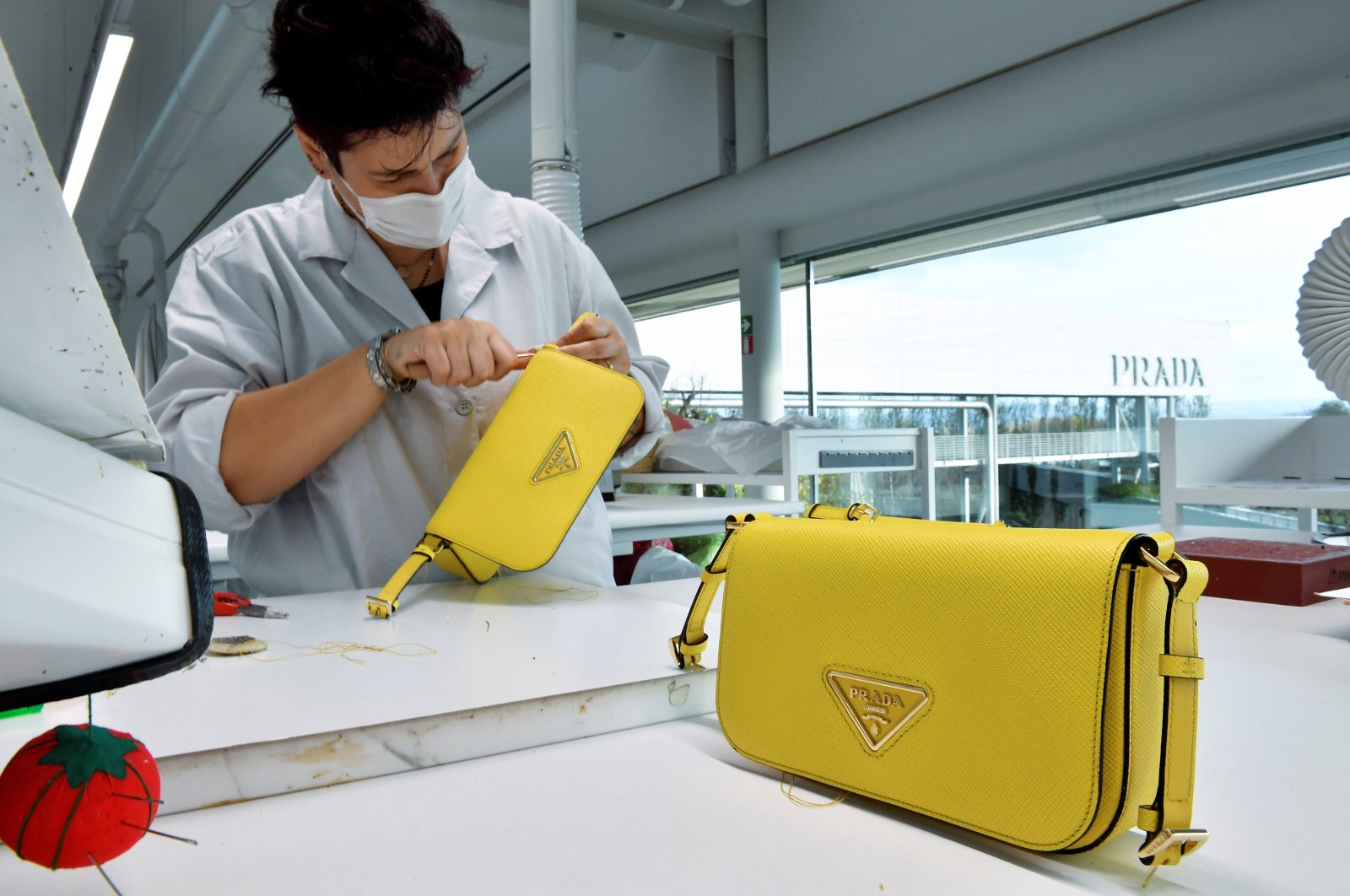 A staff member works on a handmade Prada bag at the Italian designer's industrial headquarters' garden factory which hosts the production and development of Prada and Miu Miu's leather goods collections, in Valvigna Italy, Nov. 22, 2021. (Reuters Photo)
by reuters Dec 02, 2021 11:04 am
RECOMMENDED

Italian fashion group Prada sees opportunity in the booming second-hand fashion sector which it can develop both in-house and through partnerships, marketing chief and heir designate Lorenzo Bertelli told Reuters.

It is expected to reach 33 billion euros ($37.2 billion) in size this year after growing by 65% between 2017 and 2021, according to consultancy firm Bain. This compares with 12% growth for brand new luxury goods.

"Second hand is a strategy we have been investigating for more than a year," Lorenzo Bertelli, the eldest son of co-Chief Executives Patrizio Bertelli and Miuccia Prada and the future brand leader, said in an interview at the Reuters Next conference aired on Wednesday.

"I cannot disclose too much but for sure second hand is there. We will take it as an opportunity.

"It can be a partnership with a player or it can be something more in-house, or both of them, a sort of hybrid solution like for e-commerce," he said.

The heir to Prada's empire, who told Reuters he wants to keep the family-controlled group independent when he takes the reins in a few years, doesn't seem fazed by the future challenges of the ever-changing luxury sector.

For that, he thanks his experience as a rally driver.

"Rallying and sport in general taught me a lot. (It) teaches you to never give up and also a lot of humility, in the sense that you have to learn," he said. "Sometimes sport is cruel, when you want to measure yourself."