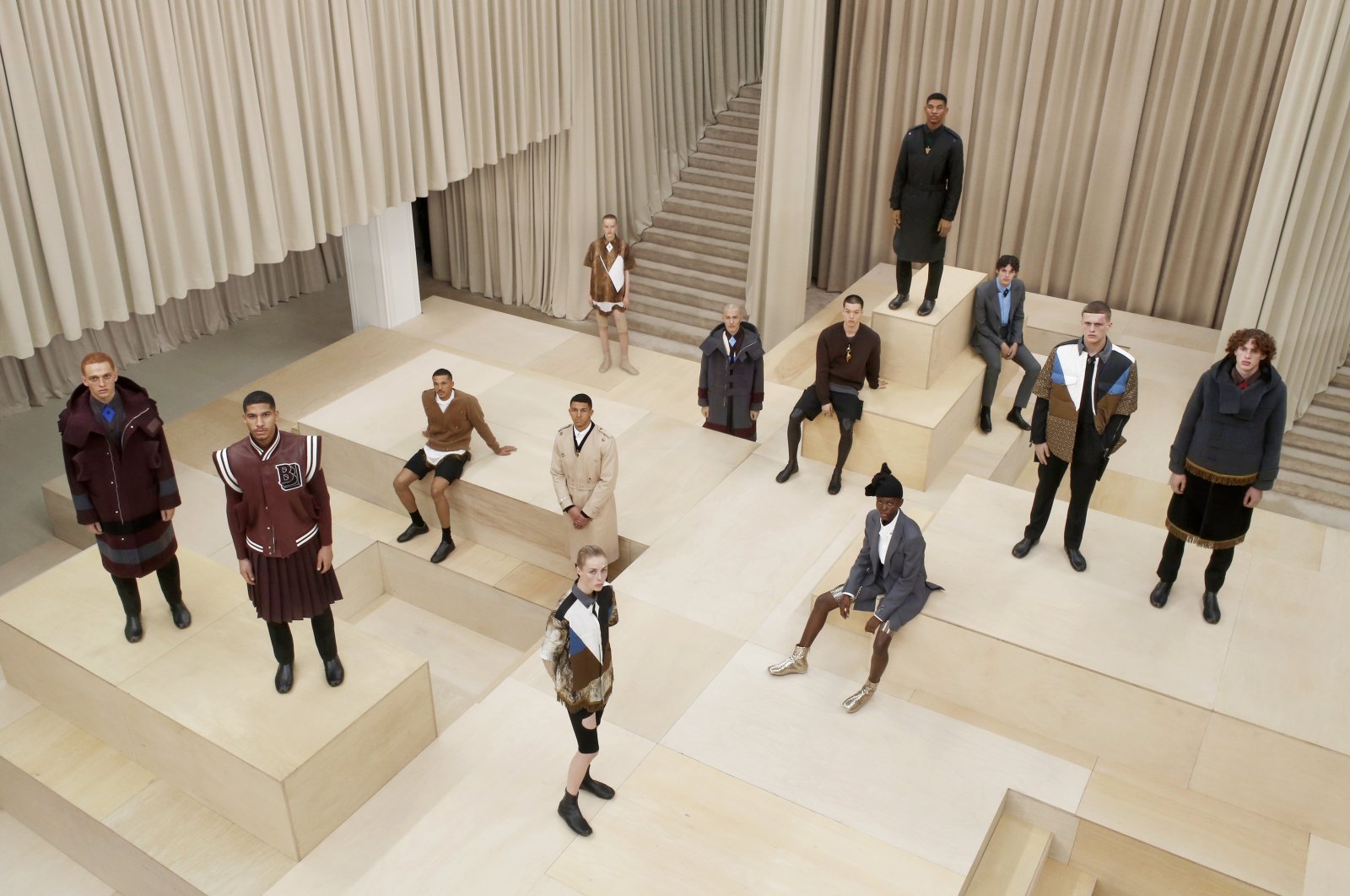 In this handout image provided by Burberry, models pose on the runway during the Burberry Autumn/Winter 2021 Menswear Presentation during LFW February 2021 at the Burberry flagship Regent Street store on February 22, 2021 in London, United Kingdom. (Burberry via Getty Images)
by REUTERS Feb 23, 2021 1:05 pm
RECOMMENDED

British luxury fashion house Burberry, headquartered in London, recently launched their Autumn and Winter menswear collection in a presentation during London Fashion Week (LFW), a clothing trade show which showcases designers to a global audience of influential media and retailers, and is regarded as one of the "Big Four" fashion weeks, along with the New York, Milan and Paris.

The global COVID-19 pandemic was one of the themes that shaped Burberry's designs, which was overseen by one of the most unique and talented names in the business, Riccardo Tisci.

Tisci said the dream of being able to explore, a freedom denied during COVID-19 lockdowns, had inspired his first menswear-focused collection for the British luxury label, which was established in 1856 by Thomas Burberry.

"Enclosed indoors, I dreamt of the outdoors and its beauty, fueled by the thought of the creativity that comes when we are together," Tisci said on Monday.

"With this dream in mind, I became fascinated by the widespread British craft and outdoor movements of the early 20th century, when people escaped to explore the unknown countryside."

Outerwear was a focus in the Autumn/Winter 2021 collection, filmed at Burberry's flagship Regent Street store in central London before being released on social media channels on Monday.

Tisci joined the 165-year-old brand in 2018 to give creative direction to chief executive Marco Gobbetti's repositioning of the house further upmarket. His designs have attracted new younger customers, particularly in the important Chinese market.

Like other labels, Burberry has been hit hard by global restrictions on shop opening and travel and tourism. It reported a 9% decline in sales in its third quarter, a bigger drop than the 6% in the second quarter.

The company said last month trading would remain susceptible to regional disruptions but it was confident of rebounding when the pandemic eased given the brand's resonance with customers.