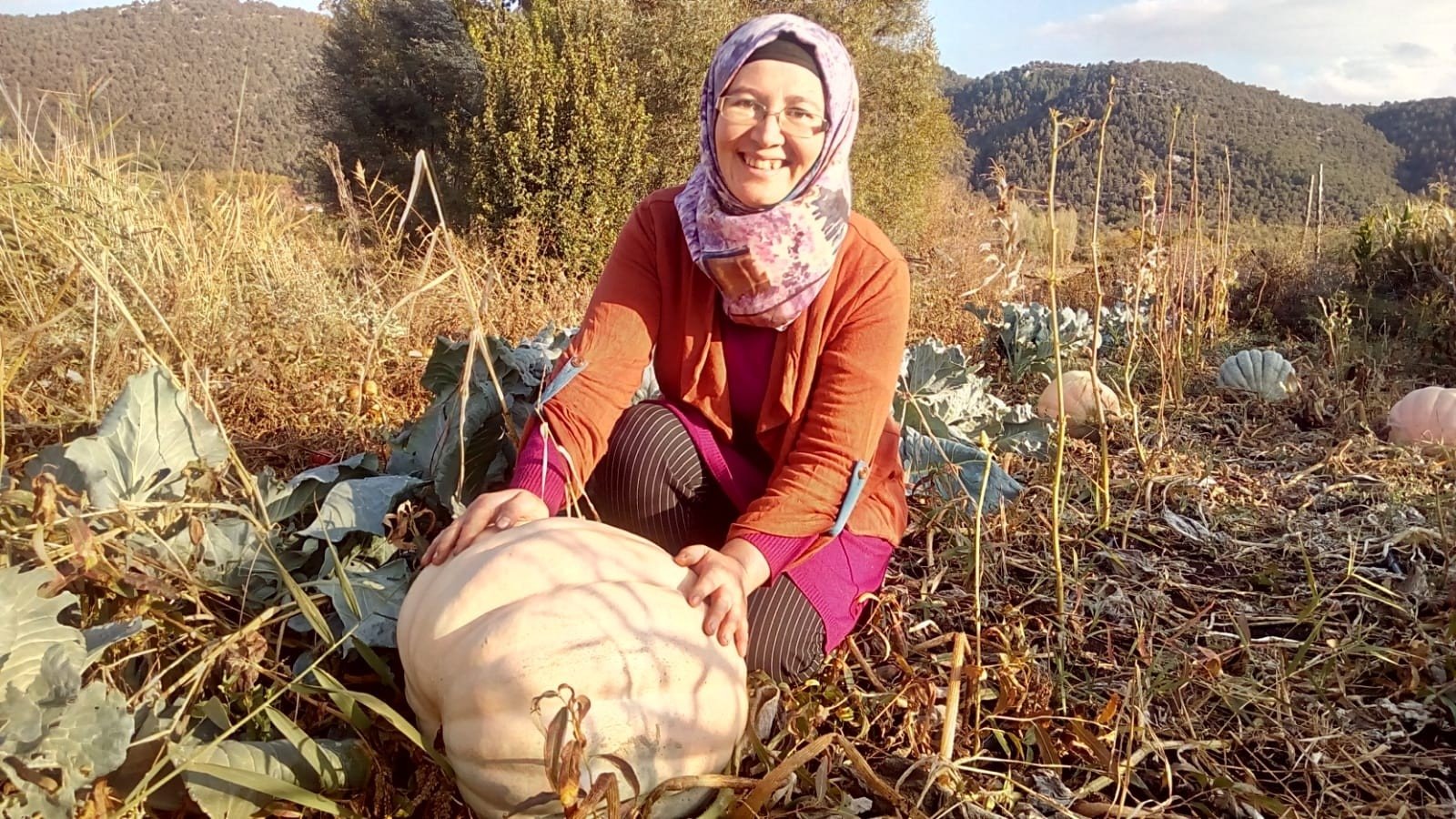 Long lost ancestral pumpkin seeds grew into giant 60-kilogram (132-pound) pumpkins when Ayşenur Akkan planted the seeds found in her grandmother's chest. Now, using the seeds from the pumpkins she plans to harvest at the end of the month, Akkan intends to plant more pumpkins next year in a larger field

Ayşenur Akkan, who lives in the Çameli district of Denizli in southwestern Turkey, graduated from Samsun 19 Mayıs University, from the Faculty of Agriculture, Department of Animal Science and then completed her master's degree. Akkan one day found pumpkin seeds in her grandmother Dudu Kurban's chest, and although it was not her field of expertise, she planted the seeds out of curiosity.

The pumpkin seeds were planted in March in the field near the Kızılyaka neighborhood, where they turned green and grew within a short time. The pumpkins, which grew to a weight of between 40 to 60 kilograms (88 to 132 pounds), will be harvested at the end of this month.

The seeds that will be pulled from the pumpkins will be planted in a larger field next year. Akkan said that she planted them because she was curious what the seeds she found in the chest would grow into.

Akkan said: “This year I wanted to do something for myself. I planted pumpkin this year. As you can see our pumpkins are a little too big, but I don't know if they are fully grown yet."

She planted the seeds around March and used only animal manure as fertilization because she "wanted to obtain a natural product without any additives. That's why I have beautiful pumpkins in my hands," she explained. She hasn't weighed the pumpkins yet, but thinks they are over 40 kilograms because they are too heavy for her to lift.

Akkan explained that the seeds were passed on to her mother from her grandmother before she passed away, and that her mother passed the seeds onto her to plant. Akkan attributes her success to the peat soil in the lake and the peat soil between Çameli and Kızılyaka.

"Since the soil in these areas contain a lot of loam and are also reed fields, it provides natural fertilizer. I also gave animal fertilizer after planting and irrigation is very important. In our time, unfortunately, its genetic structure is being played with," she said.

Noting that the tastes of yesteryear cannot be achieved in produce today due to tinkering in their genetic structure she explained that "the soil is important," as produce "was grown completely naturally without any additives at that time. Therefore, it has an appealing taste, smell and aroma."

Akkan said she never thought she would get this much product.

She plans to use the new seeds from her pumpkins to plant in a different, larger area to obtain a bigger yield.