Is it watermelon, is it cantaloupe? It's Şanlıurfa's local şelengo! 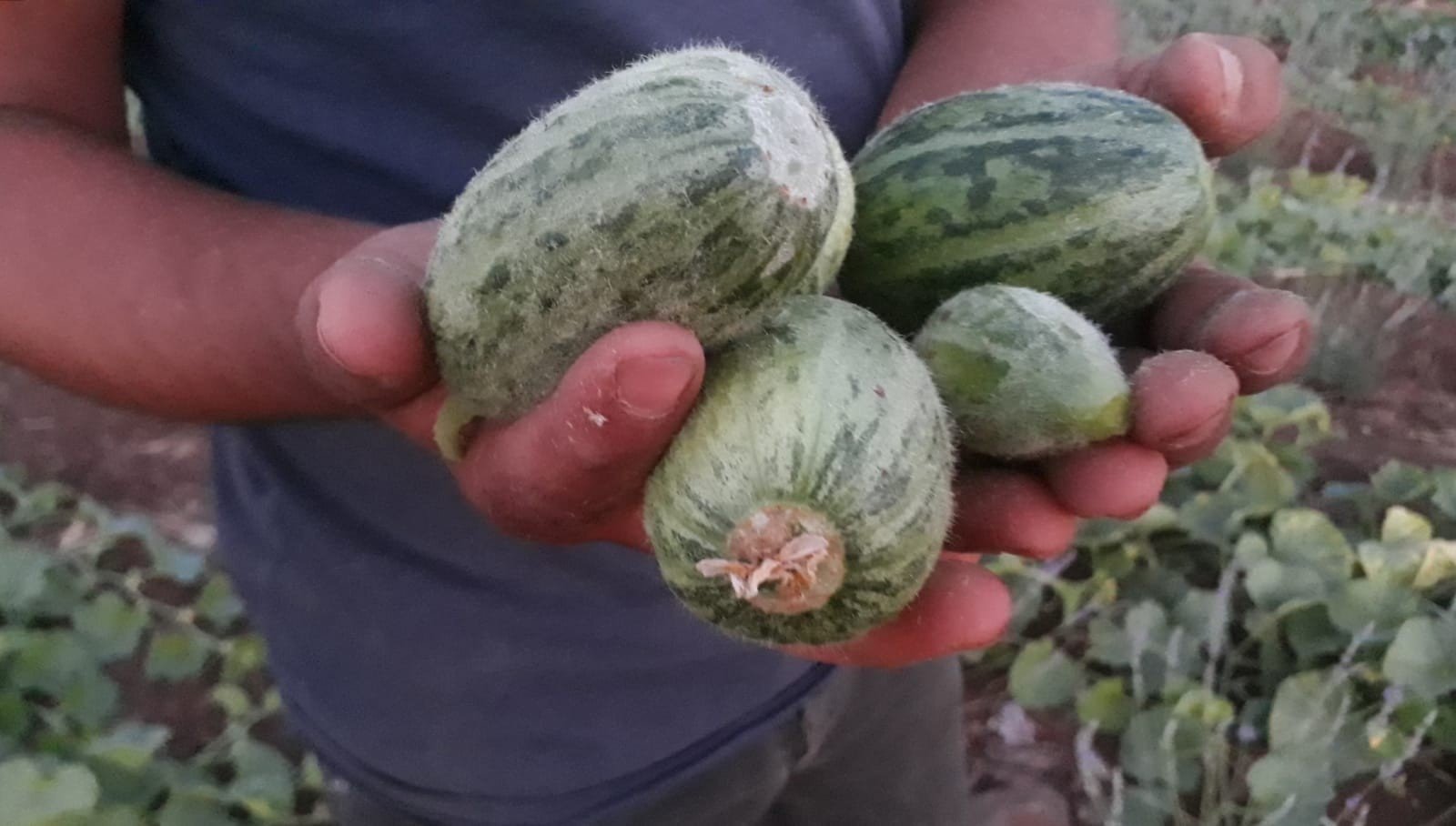 Şanlıurfa is home to many delicious foods, among them a very special item called "şelengo." This unique member of the gourd or Cucurbitaceae family is Indigenous to the beautiful southeastern Turkish city, and its harvest has just begun.

Şelengo looks like a watermelon on the outside. Cut it open and you will discover juicy flesh that resembles the inside of a cantaloupe. But the surprises don't end there: once you take a bite you will realize the fruit hides the juicy taste of a cucumber.

That is quite a mixture.

Şelengo, which is salted and made into salads and pickles, is planted in late April and its harvest normally starts in July. However, due to the partial drought the region experienced this year its harvest has arrived about a month early.

This fascinating fruit is collected in the early hours of the morning in sweltering temperatures reaching approximately 45 degrees Celcius (113 degrees Fahrenheit).

Apart from its unique appearance, sure to send mixed messages to your taste buds, it is also believed that bitter şelengo have healing properties. They are frequently used in the treatment of rashes.

If it is not consumed in a short time it spoils very quickly, further adding to its quirks.

"It looks like a watermelon on the outside and like cantaloupe on the inside," said Hakan Zencirci, who harvests şelengo with his family.

"It only grows in the Viranşehir district of Şanlıurfa. We collect it in temperatures of 40 or 45 degrees," he said and added, "It is quite resistant to heat."

"We wake up early in the morning at 5 a.m. We have to bring it to the market by 7 a.m. Otherwise, our product goes to waste," Zencirci explained the harvesting process. "It has to be consumed within two days anyway, if it is not it will go to waste."

Zencirci noted that harvesting şelengo, bagging them and selling them at the market was his way of supporting his family.