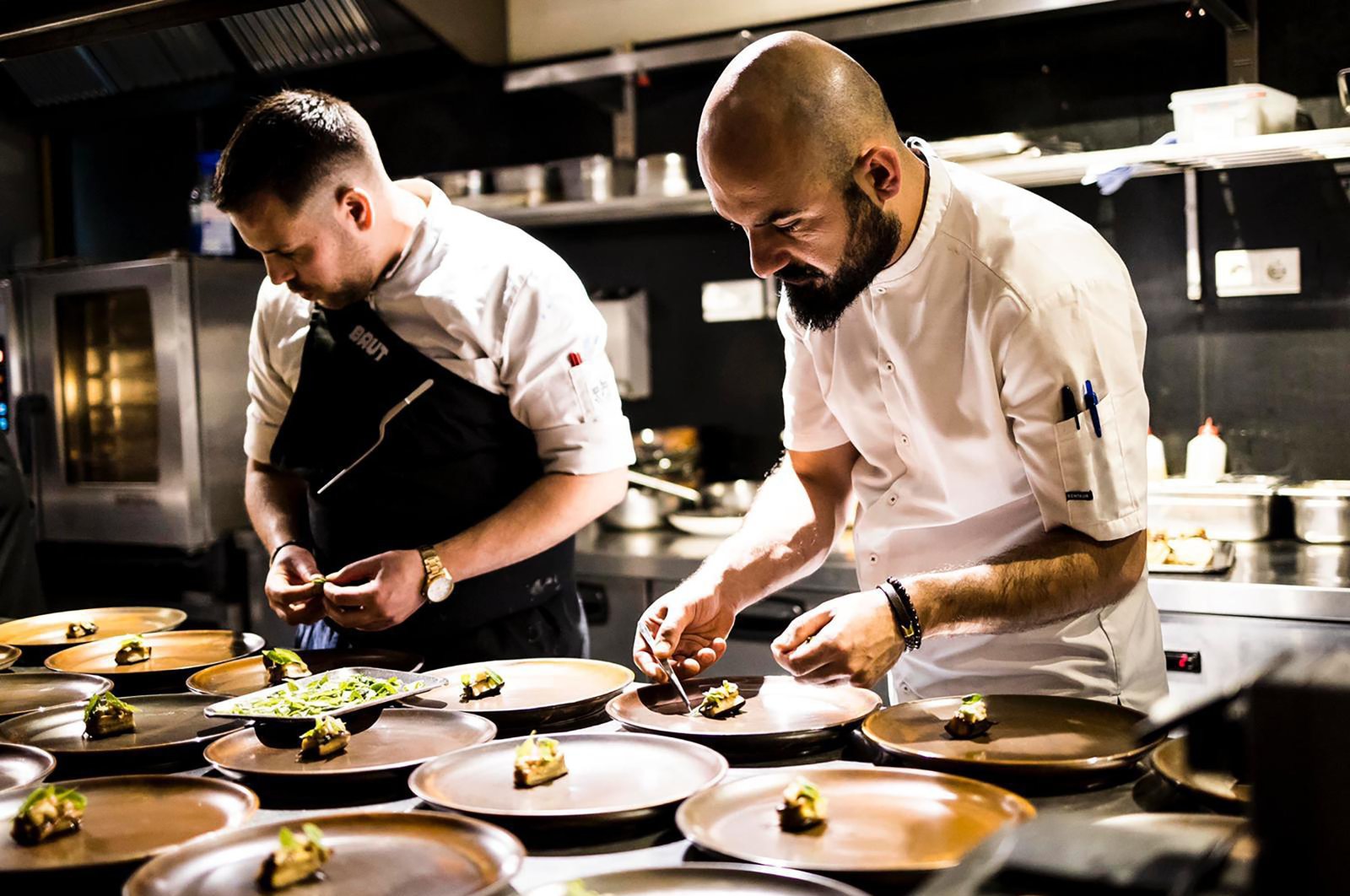 Turkish cuisine is one of the most unique and richest cuisines in the world, so, it is a pity that most people think of only kebabs when it comes to Turkish food. That's a stereotype that Ahmet Dede, a Turkish chef who recently received another Michelin star, intends to correct with his restaurant nestled in an Irish village.

"It's a shame that it’s only kebabs that are seen to represent our cuisine. Our cuisine is so varied and so different from region to region," stated Ahmet Dede. While inarguably distinctive, Turkish cuisine has “influenced and been influenced by the Middle East, Asia and Europe," according to the 35-year-old chef, who last month won his second Michelin star, the prestigious and coveted mark of quality in the international restaurant world.

"We need more education on our cuisine, more promotion of different dishes, supported by the government, the right ambassadors and more great chefs to showcase globally," Dede told Anadolu Agency (AA) in an email interview.

On its website, the iconic Michelin Guides describe the kitchen whiz like so: "Turkish-born chef Ahmet Dede has made himself at home in the coastal town of Baltimore – and the town and its people have in turn taken him to their hearts.” Praising his “minimal waste approach,” Michelin adds that his “original dishes are refined, elegant and beautifully composed with plenty of personality and a subtle hint at Dede’s Turkish heritage.”

The Ankara-born chef, who owns and runs the restaurant Dede in Baltimore, said he was “overwhelmed” when he got the good news alongside his family in Turkey. “I was so proud, excited, grateful and happy for my family and my team," he said.

Dede decided to become a chef over a decade ago in 2010, a year after he moved to Ireland. After working with several chefs and restaurants, he felt ready to run his own kitchen and create dishes that delivered his vision. Before hanging out his own shingle, Dede worked with five different Michelin chefs in various countries, including the Netherlands, Norway and Ireland.

It was in March 2017 that he moved to the southwest coast of County Cork to become a head chef. He got his first Michelin star in 2018, but the restaurant closed at the end of 2019. It was then that Dede decided to fulfill his ambition and dream of having his own restaurant.

Dede’s love of cooking, however, was born when he was just a boy, watching his mother cook in the kitchen and helping her out.

"It was such happy times that we shared together and created food for the family," he recalled.

The tourism industry and restaurants have been some of the hardest-hit businesses by the global COVID-19 pandemic, but Dede was undeterred and stayed busy.

"Once the pandemic started, I volunteered to work with health service and also for a meals-on-wheels program,” he said. “We were just asked to be the backup team and kitchen in case they had to close their own kitchen, so I still needed to be productive."

He then started to offer takeaway and opened a delicatessen, a retail establishment that sells exotic or foreign prepared foods, which he says kept him "cooking, sane, and productive as well as helping to pay the overheads!"

Later, COVID-19 measures banned indoor dining. "My Turkish instinct was there to build an outdoor kitchen with a wood-fired oven and barbeque," said Dede. This presented the chef an opportunity to express a different aspect of his cooking for relaxed family dinners.

"I use different spices from Turkey, locally caught lobster, oysters, fish, and lots of vegetables," he added.

According to Dede, his inspiration comes from two mothers. "My mother who cooked to delight her family and to show love, and Mother Nature for its natural produce and ability to show this at its very best," he said

Dede argued that if the world is concerned about global warming and climate change, there should be a change in "the way we shop and the food that we eat."

"It is obvious that we need to support local producers," he said and added, “We need to stop chemical use in food, we need to work with the foods that are produced seasonally, and we can see how climate change is affecting the growing seasons and how it is affecting food production.”

"If we do not change now, the world will be a much different place for our grandchildren."

However, Dede remains optimistic about the future and plans to "write a book this year, start a second restaurant, open a boutique hotel, and inspire the younger generation to stay in this trade and to learn this craft." Keeping his eyes on the prize, he added: "I, of course, want to earn more Michelin stars and improve and evolve my skills."