Waste not, want not: 6 a-peeling ways to use leftover fruit and vegetable skins 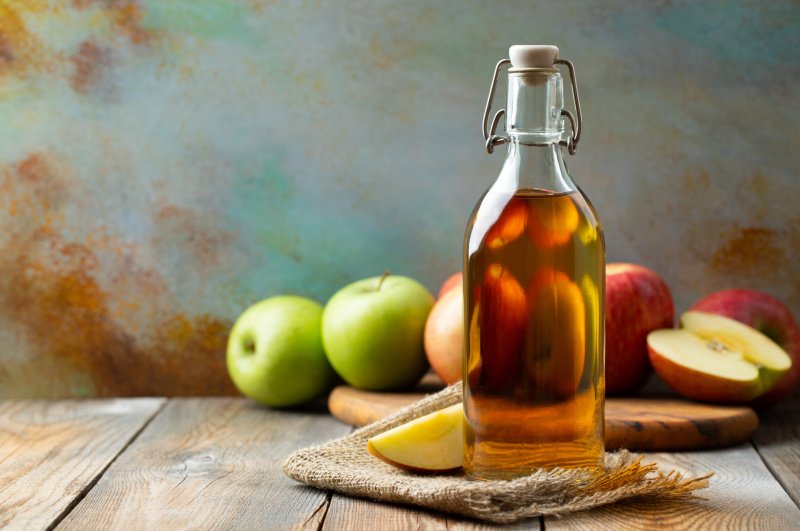 Making your own organic apple cider vinegar at home is healthier and more delicious than store-bought vinegar. (iStock Photo)
by Ayla Coşkun Mar 01, 2020 10:40 am

Whether you want to try out Meatless March or declare it honorary Veggies Month in the name of a new beginning, here are a few surprising ways you can use leftover fruit and vegetable peels to create some yummy snacks

Street foods here to stay: Give tacos, pizza a try without traveling

Making food daily is a necessity without a doubt, but what is one to do with the peels that are leftover? If you are lucky enough to be able to compost all those food scraps to nourish your garden, that is amazing, but for the less fortunate city-dwellers, there are plenty of ways to turn these unwanted peels into something delicious to drink or eat. Here is a list of things to make which barely scrape the surface of all the possibilities.

After making a nice dressing for your salad the lemon is usually tossed into the trashcan, and after a refreshing snack of oranges, the same fate often awaits those peels as well. But why not make those unwanted peels into some sugary snack or use it as an ingredient or the topping to a delicious dessert?

First, you need to cut the peels into strips and boil them for 15 minutes. Strain them and repeat this step if you want to reduce the amount of bitterness coming from the white part of the peel. Once that’s done, prepare a syrup of two parts sugar to one part water. Let it boil until the sugar dissolves completely and toss in the peels, reducing the heat to a simmer and cooking them while stirring from time to time. When the peels become translucent and the syrup becomes even thicker, remove the strips of the peels and let them drip off for a bit. Then toss in the remaining sugar to coat them. Let the peels cool and dry off completely for several days. If stored in a cool and dry place and in an airtight container, the candied goodness can last for about a month. If you make a large quantity you can, of course, put them in the freezer where it can last for several months.

And don’t just pour away the syrup! That can be used in different desserts such as the one mentioned down below.

This is a Turkish twist to candied citrus peels but as the rind is much thicker, the result is much different but definitely worth a try. Considering that the white/light green part of the rind is actually where most of the antioxidants are stored, it is a small solace to eating the dessert. This is definitely not a light dessert but is definitely a conversation starter.

First off, the very thin dark green part of the rind needs to be removed. Then cut the rind into small squares and put them into a pot, sprinkling 100 grams of sugar and 200 milliliters of water over it, cooking the concoction until the rinds soften. While that is cooking, prepare a syrup out of 400 milliliters of water and 200 grams of sugar. Once the rinds have started to cool off, pour the syrup over them and let them cool down completely. The dessert can be served with whipped cream and topped with a variety of crushed nuts such as walnuts or hazelnuts.

While I personally prefer to eat my apples whole as a snack, making an apple pie with its peels still on would be weird, to say the least. But using the peels for tea makes much more sense, and many tea lovers will appreciate the fruity flavor. As easy it is to just pour some boiling water onto the peels to brew some tea, the process of making apple cider vinegar takes longer. But the end result is definitely worth it.

To make the vinegar you’ll need a glass container. I used a 5-liter jar but you can, of course, make it in a smaller container as well. Fill the container with the washed apple peels (or the apples themselves, just without the core) until the container is filled to about one-third. As a start, you can add a few chickpeas or about 50 milliliters of apple cider vinegar. Add a tablespoon of sea salt (not regular table salt containing iodine) to prevent it from making alcohol and fill the rest of the container with non-chlorinated drinking water. Do not close it off with a lid though. Use a clean cloth and attach it to the top, securing it with a rubber band or string. From then on, it will be essential that you stir this mixture every day. I cannot stress this enough: every single day, no excuses. Especially in a country with a warm climate, like Turkey, this is a necessity so that it does not get moldy. The apple peels will start to sink to the bottom and once all the peels have sunk you will need to stop stirring and let it rest for a minimum of 40 days. Most people recommend about two months, but I find that 40 days suffice. Now, the vinegar needs to be strained. Do it with a sieve lined with a cloth (cheesecloth or muslin cloth will do). Pour the vinegar into the containers of your choice so you can use it wherever you like.

Here I described how to make it with apple peels, but you can make vinegar virtually out of any fruit you can think of – tart pears and grapes are a good choice, too. The important point is that the fruit must be ripe.

Potatoes are an integral part of many cuisines around the world, and personally, as someone who comes from Germany, sometimes we even get called/nicknamed “Kartoffel,” the German word for potatoes. Imagine how surprised I was when I found out that making fries and chips out of potato peels was actually a thing in the U.S.

The best way to go about this is to wash the potatoes thoroughly before peeling them and removing any growths and green patches from them if there are any. Once you peel them completely, dry them off and just fry them in some vegetable oil. Once they get nice and crispy let the excess oil drip off onto paper towels and season them to your liking.

For a lighter take on the peel chips, start off with the same peeling method but this time just add a dash or two of vegetable oil into a bowl with the peels, mix well and add the seasoning (some garlic could be interesting). Toss the peels in the bowl until the seasoning is decently distributed and spread them on a baking sheet covered with baking paper. Bake these at 170 Celsius in the oven while keeping an eye on the peels. Depending on how thick they are, they might get brown and crispy earlier than some others. Usually, this takes 10 to 15 minutes. Once out of the oven, you can start munching them all up.

Everyone interested in baking in the slightest must have seen the word “vanilla” mentioned in almost any recipe – be it in the form of extract or the vanilla bean itself. Once the insides of the vanilla pod are used up and the peel will not be used in the recipe, it can be chopped into smaller pieces and put into either a jar of powdered sugar or in a small container of ethanol and water (aka alcohol) to get your own true vanilla extract. With the powdered sugar, you get a result within a week or two but when infusing the vodka this might take several months (from at least eight weeks to a year, yields the best results).

Street foods here to stay: Give tacos, pizza a try without traveling