When in Istanbul: Dining fine at Mabou 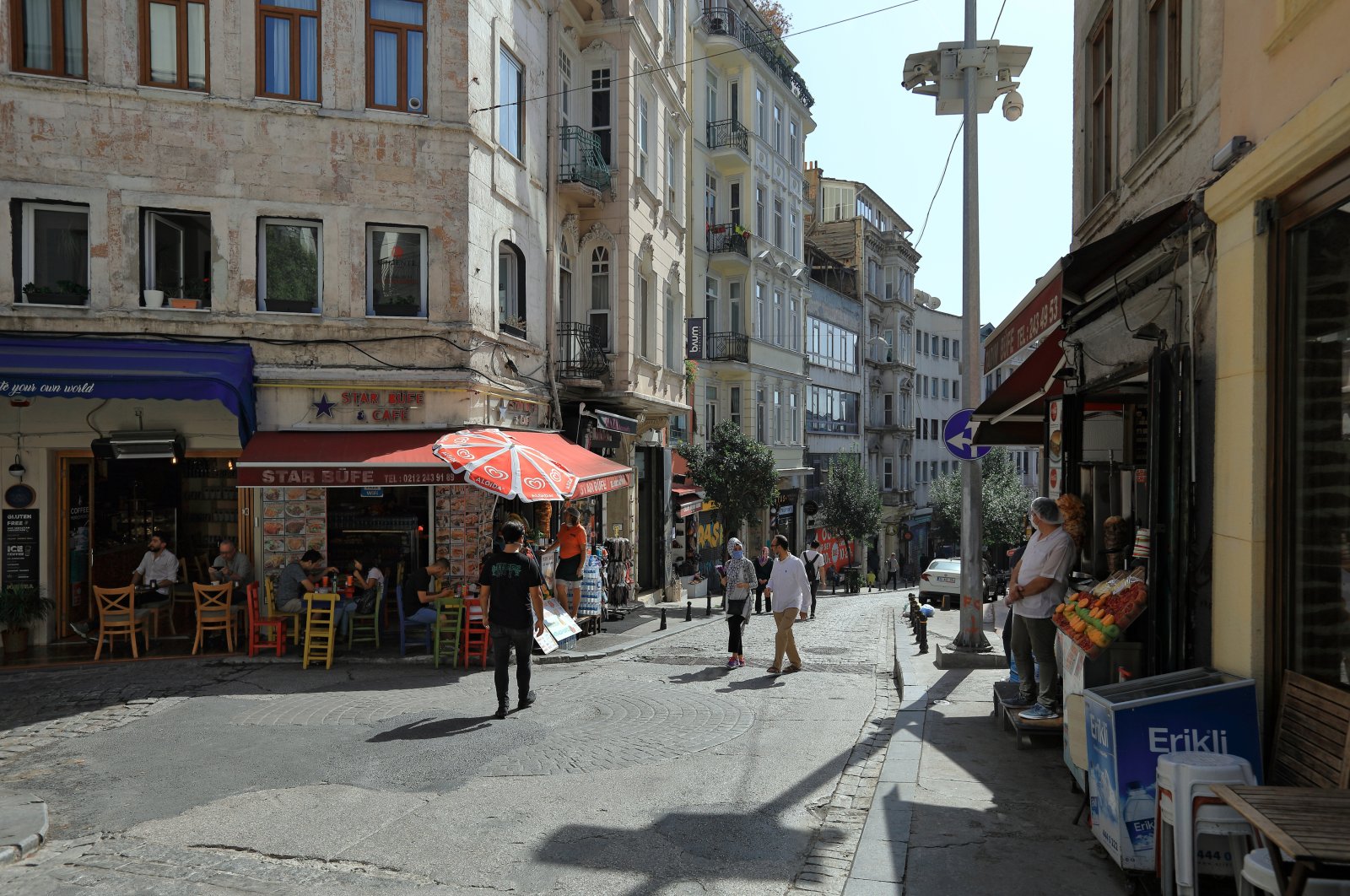 As they say, do as the Romans do, so German chef Cem Ekşi has adapted his culinary expertise from the Black Forest to the lights of Paris, and now, a small nook on the European side of downtown Istanbul

It’s down an alley, somehow nondescript, where flows ecstatic gulps aplenty, conversationalists’ paradise, as the moving, slow trickle of crowds move from Istiklal Avenue into the back quarter known as Asmalı Mescit, once the toast of the town, since transformed to a secret of its nostalgic resonance, that, as tables fill with whitened glasses, life blooms to the fruits and flowers of a city in love with itself.

There’s a place called Mabou a short jaunt from the historic, underground tram funicular beloved by locals under the Turkish moniker “tünel,” connecting the piers of Karaköy to the heady commercial airs of Turkey’s most European of districts, where neoclassical and Levantine architecture commingle above a storefront line of eateries and clothiers whose gawkers come in and out like the waves of the sea.

Not exactly spacious, but terrace-happy, the quaint niche of physical domain positions the house chef upstairs, overlooking his wondering guests. Passerbys' curiosity is peaked after seeing the chalkboard sign welcoming them, stating that the restaurant has a French soul, uses Turkish ingredients, and all under the helm of a German cook whose fares are prefaced by a warm, thick bread, a homage to the country where he learned not a few culinary tricks.

The presence of sumac is practically omnipresent at Mabou, making for that citrusy Middle Eastern grab, as it begins to appear over and throughout a silky butter that fill thin, earthy ceramic vessels. The grating sound of a knife against its inside delightfully contrasts with that of the perfectly soft dairy substance, which, when lathered onto the house bread, perhaps also soaked in a tad of their high-quality olive oil, is utterly appetizing.

Attention to the innate virtue of each ingredient is the mark of a truly innovative chef, as their adaptations to the regional palate in which they’ve set up shop to cook and serve. The blend of French and German cookery, with their abundant richnesses and generous admixtures of multilayered flavor, has ample room for creativity immersed in the fresh agricultural landscape of Turkey, where each season brings with it celestial gifts.

In summer, as the heat sears and floods rage from the Aegean to the Black Sea, there is a saving grace wherever peaches are ripening. At Mabou, they are grilled. Such leaning into the sharp corners of what has become problematic in the greater environment is quintessentially Zen in its grasp of catharsis. It is not just the selection of the whole peach, but every slice that is procured with a fine sensibility.

Mouth-watering is an insufficient turn of phrase. It is more like a deluge of the entire jaw that ensues when biting into the gelatinous flesh of a thickly cloven peach on the plate of Mabou’s singular dish, garnished with rosemary and buffalo cream, again powdered with mounds of sumac. The top of the peach slices are caramelized with a crisp of sauteed sugars, giving the stone fruit just the right texture to then pair it with dollops of cooling cream.

And that is just one of the eight starters, which makes up the most prolific category on the menu, in fact, and placed prior to that of the “warm starters.” Among the initial group of starters is a ricotta and zucchini dish in lemon oil and purple basil as well as a strawberry salad of rucola, goat cheese and almonds. As would be expected for a German chef with a French soul, there are more options for carnivores than vegetarians, but the balance is effectually pleasant.

As a couple eats

As is evident in its spare seating, bijou and cozy, Mabou is a tantalizing spot for two, although a certain corner of the establishment is adequate for a small group of close friends. All in all, the compact haunt describes itself as a uniquely Mediterranean amalgamation of ristorante, bistro and tavern. With a capacity of around 18, the ambiance is almost familial, as chef Eksi smilingly greets his guests with an abrupt German sense of humor.

Among the “warm starters,” Mabou does a number on the chanterelle mushroom, which by appearances looks like the pepper mushroom common to the contemporary kitchen in Germany. It has a similar consistency, spongy at its bells with a stringiness to its shoots, yet subdued and harmonious in the dish’s sauce, a gorgeous medley of cognac, cream and chives suffused just right into the woody flesh of the fungus.

Despite its masterful displays, colorful and at times enigmatic, the food at Mabou tastes better than it looks. The immediate sensation of biting into the main ingredients of its courses is that of a satisfying melt followed by gushes of contrapuntal tastes. For example, the pastas at Mabou have their own category, including agnolotti, spaghetti and tagliatelle, but the gnocchi is, for its capacity to absorb sauces, an irresistible item.

Listed as “gnocchi cacio e pepe,” and embodied with bold helpings of parmesan, butter and dusted with black pepper, the dish might, perhaps, be heavy to some, though, for a gnocchi enthusiast, it is a consummate recipe. Although Mabou entertains its presentation as German, French and Turkish, its diverse kitchen encompasses the cuisines of Italy, as well as others farther afield, including Chile, Thailand, and welcomingly, Şanlıurfa, for their fermented chilis.