Why are doughnuts called doughnuts and how to make them 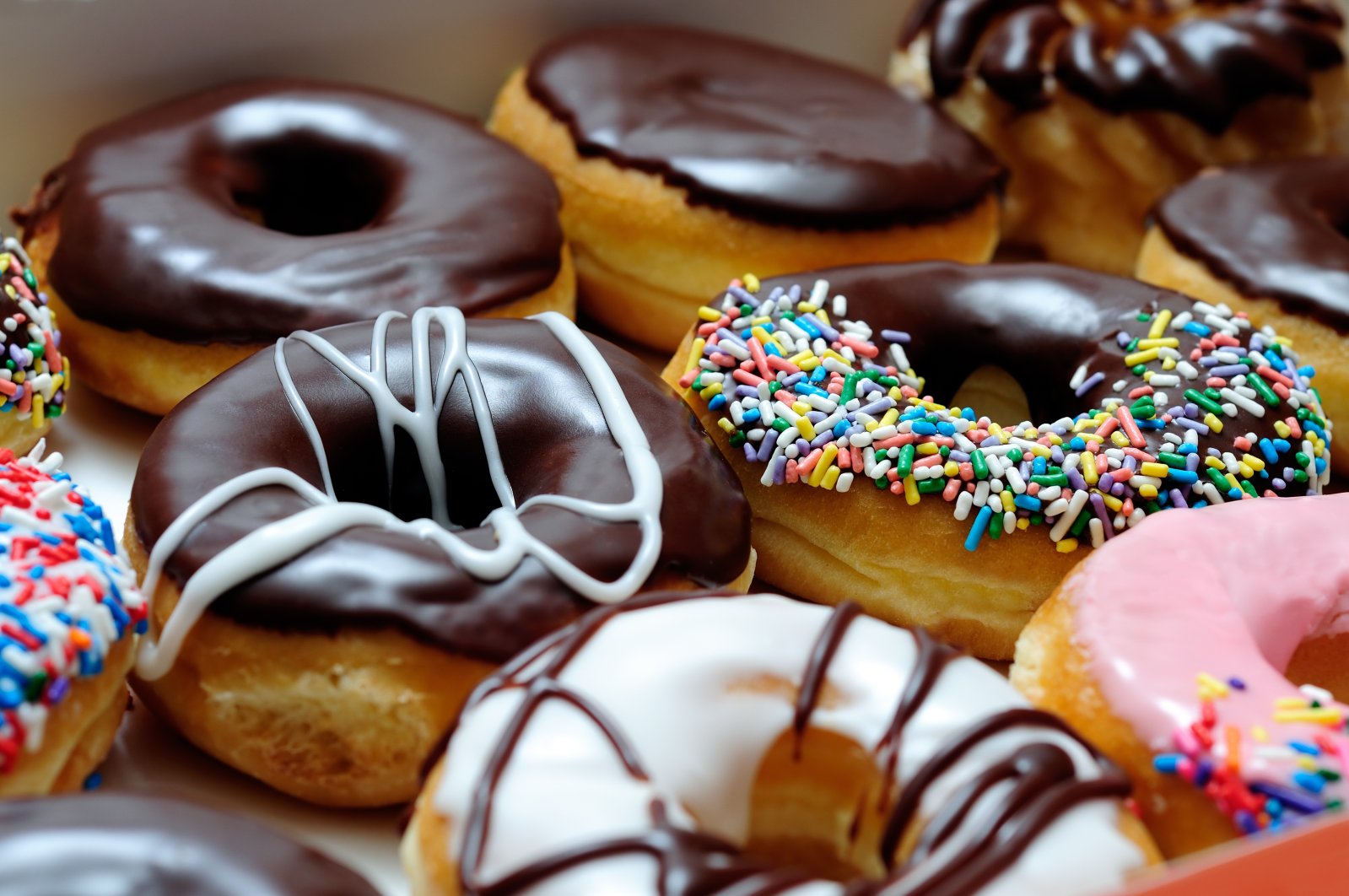 Donut or doughnuts? Everything you need to know about the delicious sweet snack

Who knew that Homer Simpson’s favorite snack has been around for at least two centuries? There's even a day celebrating the doughy fried goodness on June 4. Let’s take a look at the origins of this simple snack that has stood the test of time and maybe even try to rustle up a batch of your own.

Doughnuts get their distinctive yumminess from the process of deep frying the dough in oil. In Turkey, we have a similar fried dough called “lokma,” but the particular version of doughnut that is so wildly popular around the world is said to come from the Dutch community that settled in New York, then aptly called “New Amsterdam.”

The “dough” part of this makes sense but what about the nut? Nut was a word used for “small rounded pastry,” which makes sense considering the generally round or oval shape of nuts.

How the doughnut became a donut

In the early 20th century a New York doughnut machine firm wanted to shorten the word to make it easier for foreigners to pronounce, which is how the word “donut” came to be.

Why the hole in the middle?

In the 18th century, the original version of the Dutch pastry would not always cook through. It is said that a frustrated teenager discovered the solution, poking a hole through the center of the doughnut that tends to be undercooked before frying it. He then taught his mother his technique and soon the improved recipe spread.

Usually, when we talk about doughnuts we are referring to the fried version, but not everyone can handle their heavy nature. For those looking for a close, lighter substitute, there are indeed baked versions that taste just as good.

Let’s start as basic as it gets, a fried doughnut dusted in sugar. Nothing fancy, just simple goodness.

Mix the warm water with the yeast and a bit of the sugar, continue mixing until the yeast has dissolved. Let it rest for a bit so that the yeast can activate (it will get bubbly, or at least some bubbles should form). Add the remaining sugar, milk, salt and eggs into it the mix. Melt the butter and add it into the dough then start mixing it while gradually adding the flour. Continue working the dough until you get it smooth, cover the bowl with a damp kitchen towel and let it rest for about an hour in a warm place.

Once the dough has risen, roll it out on some flour until it is fairly thin (0.25 centimeters, or 0.25 inches thick) and cut out the doughnut shape with either a doughnut cutter or simply use a large-ish glass and a small cookie cutter for the characteristic shape. Going at it with a knife to freehand the shapes is another way to go about it, but it will take a bit longer. Set the cut-out donuts aside and continue rolling out and cutting out until the whole dough has been used up.

Heat up some oil in a deep pan and carefully lower the doughnuts one by one. You can test if the oil is hot enough by throwing in a scrap of dough. You’ll see how it’ll react. Fry the doughnut on both sides until it is golden brown and let the excess oil drip off on paper towels.

While the doughnuts are still fairly hot you can toss them in sugar to coat them.

Another easy recipe, but this time without yeast. There are tons of recipes that you can choose from with or without yeast, the choice is yours.

Melt the butter in the water and bring it to a boil. Let it simmer and add in the flour. Mix this until the whole mixture gets smooth and forms a ball. Place the dough in a bowl and let it cool off for a bit. Crack in the eggs and mix until the dough is smooth again. Pipe the dough into a donut pan of your choice and bake at 200 degrees Celsius (400 degrees Fahrenheit) for about 20 minutes or until they are golden brown in color.

There are many colorful ways to decorate a doughnut, here are just a few delicious suggestions:

Melt two parts of milk, semi-dark or dark chocolate and mix it with one part hot heavy cream. It will take a few stirs to get it creamy smooth. Once the mixture is ready you can dunk the doughnuts in there and let it cool off. While the ganache is still hot, you can add sprinkles or other toppings. Once the ganache is cool it will be less sticky but your fingers may get a little dirty!

Mix 50 milliliters milk, some vanilla if desired and 230 grams of powdered sugar and mix well. Once the doughnuts have cooled off you can dunk them in the glaze on both sides or just one depending on your preference. Let the excess glaze drip off on a cooling rack.

Since strawberries are almost in season in Turkey, they make a great fruity option. You’ll need a handful of strawberries, 200 grams of powdered sugar, a bit of vanilla and 1 tablespoon strawberry jam. Mash or puree the fresh strawberries, add the other ingredients and dip the doughnuts several times so that the glaze can build up. Usually, two to three times should suffice.