Harvest begins for rare 'black roses' of Halfeti, pearl of the Euphrates 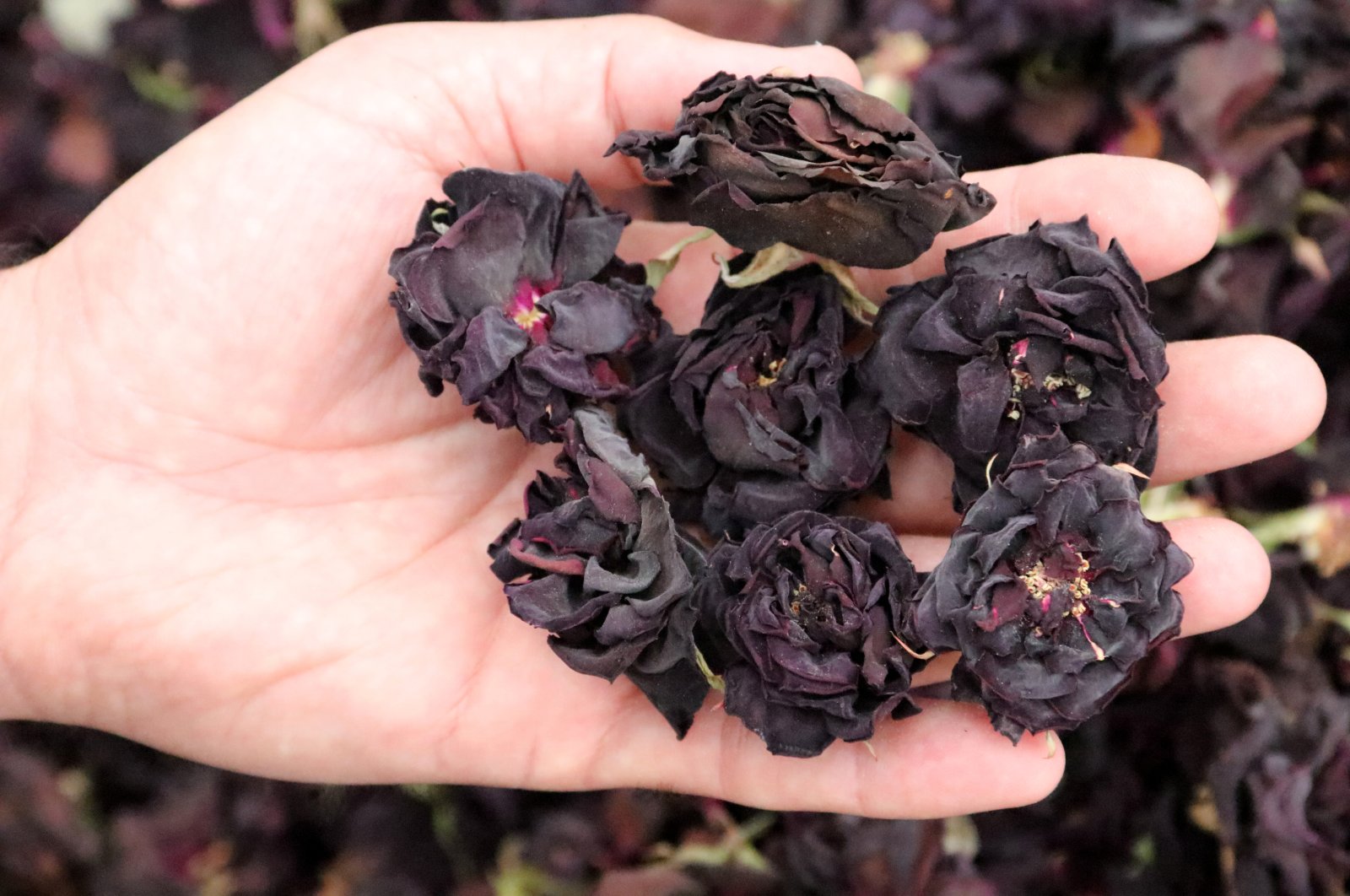 In May begins the careful harvest of Turkey's famed and extremely rare roses, beginning their journey to be used in a variety of products that will be shipped all across the country and the world.

The "black rose" of Halfeti, a tiny village in the southeastern province of Şanlıurfa, is renowned for its unique color and smell. Though there has been a long-running debate about whether a natural rose can exist in that inky shade, a quick look at the photos from the greenhouses is more than enough proof. Yes, when the roses reach full bloom, a richer, wine-colored red starts to show through in the rose's petals, but as buds, they are as black as the ace of spades. What gives these roses their unique color and distinct smell is the soil itself.

Halfeti, which was chosen by the Coordination Committee of Cittaslow International as a “slow city” in 2013, is described as the “hidden paradise” of the region with its historical stone houses and beautiful natural landscapes, of which the roses are only one part. Due to its unique geographical features, the breathtaking black roses can only grow in the town, where thousands flock at the end of spring and the beginning of summer to witness the harvest.

A few years ago, the district governorship, municipality and district directorate of agriculture and forestry arranged for three greenhouses to be built especially for the black roses to display their dark beauty in all its glory and save them from extinction after the species became endangered by changes in the ecological balance in Halfeti because of the Birecik Dam, which left parts of the district underwater.

But due to the measures to curb the spread of the novel coronavirus, the roses this year are only mesmerizing the people of the region. Nevertheless, their delicate harvest continues by trained staff who cut them off carefully and then hang them to dry, later to be brought back to life in the form of tea, Turkish delight and perfumes.

In an interview with Anadolu Agency (AA), the Provincial Director for Agriculture and Forestry Murat Çakmaklı said that the black rose is an inseparable part of Halfeti's identity.

“Of course we describe the black rose as the arcane smell of our quiet little paradise, our Halfeti, our slow city,” he said, adding that the rose blooms both in spring and autumn.

“It blooms first in black and after a while, it changes its color to a dark red. However, it only turns this black color in Halfeti,” Çakmaklı said, stressing that in experiments conducted outside of Halfeti the roses did change in color but not to the black shade seen here.

He said that the "noble roses" grow only when three important features are present. “The black rose gets its color and smell from the climatic features of Halfeti, the water of the Euphrates river and the properties of the soil of this region," he said.

Çakmaklı said that the roses started to bloom approximately three weeks ago and that the harvest continues.

“The black roses bloom in a period of six to seven weeks. When it becomes a rosebud it turns black just before opening up,” he said. After they are hung and completely dry, the roses are packaged as gift boxes and tea, while Turkish delight and perfume are made from its blossoms.

Saying it was a shame that others could not admire the beauty of the flower in spring due to the coronavirus, he pointed out that there is still autumn to look forward to.