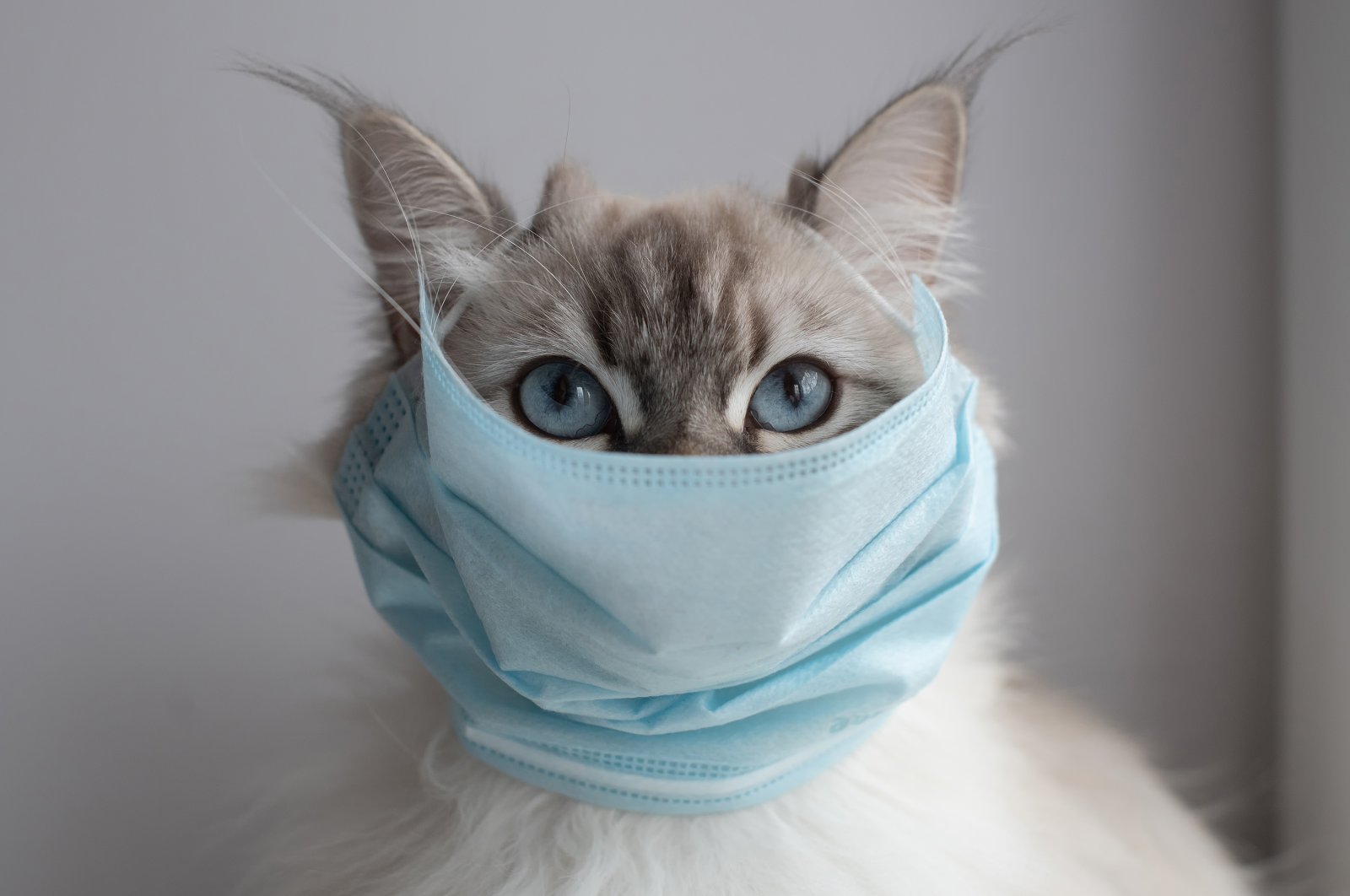 There is no evidence that pets spread the coronavirus to people. (Shutterstock Photo)
by Anadolu Agency Apr 23, 2020 10:51 am
RECOMMENDED

Two cats in the U.S. state of New York have tested positive for the novel coronavirus, according to a report published Wednesday.

The diagnoses mark the first confirmed infections in companion animals, according to The Associated Press (AP), which based its story on exclusive comments from federal officials.

The cats had mild respiratory ailments and are expected to fully recover after contracting the virus from people in their household or neighborhood, the U.S. Department of Agriculture and the Centers for Disease Control and Prevention (CDC) told the AP.

Health officials stressed there is no current evidence to suggest the animals could spread the virus to humans.

But the CDC did caution owners to keep pets from interacting with those outside their immediate household.

Neither the CDC nor the Agriculture Department identified where the cats reside in New York state, but they do not live in the same area.

One of the cats fell ill after a person in their household came down with a respiratory illness, which has not been confirmed to be COVID-19. The cat wanders outdoors so it is possible it became infected during interaction with another person, said Barton Behravesh.

The second cat fell ill after its owner tested positive for the virus. Another cat that lives in the household has not shown symptoms.

A tiger at the Bronx Zoo in New York City is the first known animal to be infected by the virus. Seven cats at the zoo have since tested positive.