Can sunlight really kill the coronavirus? 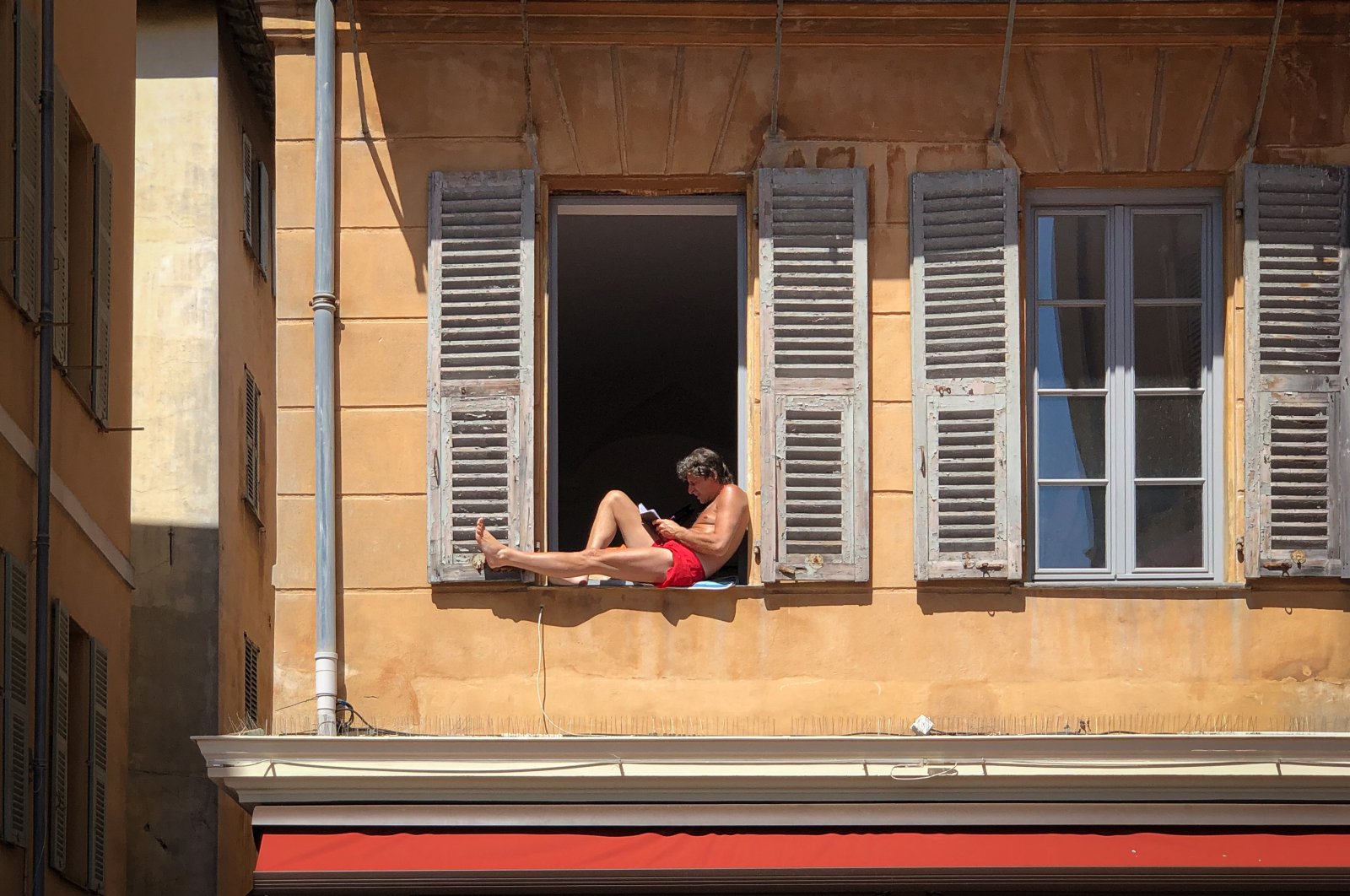 A man alone and confined to his apartment, sunbathing shirtless while reading a book in his window, in old Nice. (Reuters Photo)
by French Press Agency - AFP Apr 28, 2020 11:50 am
RECOMMENDED

Does sunlight rapidly destroy the coronavirus? A White House presentation on a mysterious government study says so – but some scientists have called for caution as we await more evidence.

An official from the Department of Homeland Security made the eye-catching announcement during President Donald Trump's daily pandemic briefing last Thursday, showing a dramatic reduction in the virus's viability under the sun's rays.

But the fact there are no further details about how the study was conducted has left some experts scratching their heads.

"It looks like someone did a test somewhere," Benjamin Neuman, chair of biological sciences at Texas A&M University-Texarkana, told AFP.

"It would be good to know how the test was done."

William Bryan, the official who summarized the findings, told reporters that an experiment was carried out at the National Biodefense Analysis and Countermeasures Center in Maryland.

On a stainless steel surface in sunlight, the virus shrinks to half its amount in a matter of just two minutes in 70 to 75 degrees Fahrenheit (21 to 24 degrees Celsius) heat and 80% humidity, compared with six hours in the dark.

When the virus was suspended in the air, its half-life in sunlight was just a minute and a half when the temperature was 70 to 75 degrees with 20% humidity, as opposed to one hour in the dark.

Beyond the headline results, there are so far few details, making it impossible for experts to independently validate the findings.

"As a scientist, I'd, of course, like to see an actual study and the actual numbers," viral epidemiologist Chris von Csefalvay told AFP.

We do know that the solar radiation contained in ultraviolet light – an invisible, energetic part of the electromagnetic spectrum – can be very effective at dealing with certain pathogens.

That is why, for example, the World Health Organization (WH)) recommends that people in developing countries can place tap water in plastic bottles and leave them under the sun for five hours in order to make it drinkable. But not all microbes respond in the same way.

Sunlight, in fact, contains different types of ultraviolet radiation, which are classed by their wavelength. Broadly speaking, these can be categorized into UVA, which causes the skin to tan and age; UVB, which is a bit more harmful in high doses and can cause burning and cancer, and UVC, which is the most dangerous.

Most of the sunlight that penetrates our atmosphere is UVA while UVC is completely filtered out. That is good news for us: UVC has small, high energy waves that are particularly adept at warping genetic material, whether in animal cells or in viruses.

A 2004 study on SARS – a close genetic relative of the new coronavirus – found that UVA light "had no effect on viability, regardless of duration of exposure."

UVC light – which is commonly used to sterilize labs, hospitals and now even buses in China – completely inactivated the virus within 15 minutes.

It is entirely possible that the SARS-CoV-2 virus is more vulnerable to regular sunlight than its older cousin, and not just UVC.

The problem is the DHS has bypassed scientific norms by not making its data available – even in its preliminary, non-peer-reviewed form, which is how most major research during this pandemic has first made its way into the public domain.

"It would be really important for understanding this study to know how it was conducted, and I am quite hopeful that the actual paper, or at least a pre-print, will be shared soon," said von Csefalvay.

"I know for a fact that the scientific community is eager to review their findings."

But even if all the findings are airtight, solar disinfection is probably going to have a limited impact. After all, people are less likely to be infected outdoors than indoors, unless they are directly coughed or sneezed upon – in which case UV rays won't have time to inactivate the viral droplets before they hit their target.

On the other hand, UVB can help boost the immune system by causing the body to produce more Vitamin D. All of this points to the need for more research. But one thing is clear: Trump's suggestion that UV could be used to treat patients already infected with the virus isn't grounded in fact.

"There is no way currently that UV could be used to irradiate inside the body that would do any good," said Paul Hunter, a professor of medicine at the University of East Anglia.