Can you get COVID-19 from secondhand smoke? 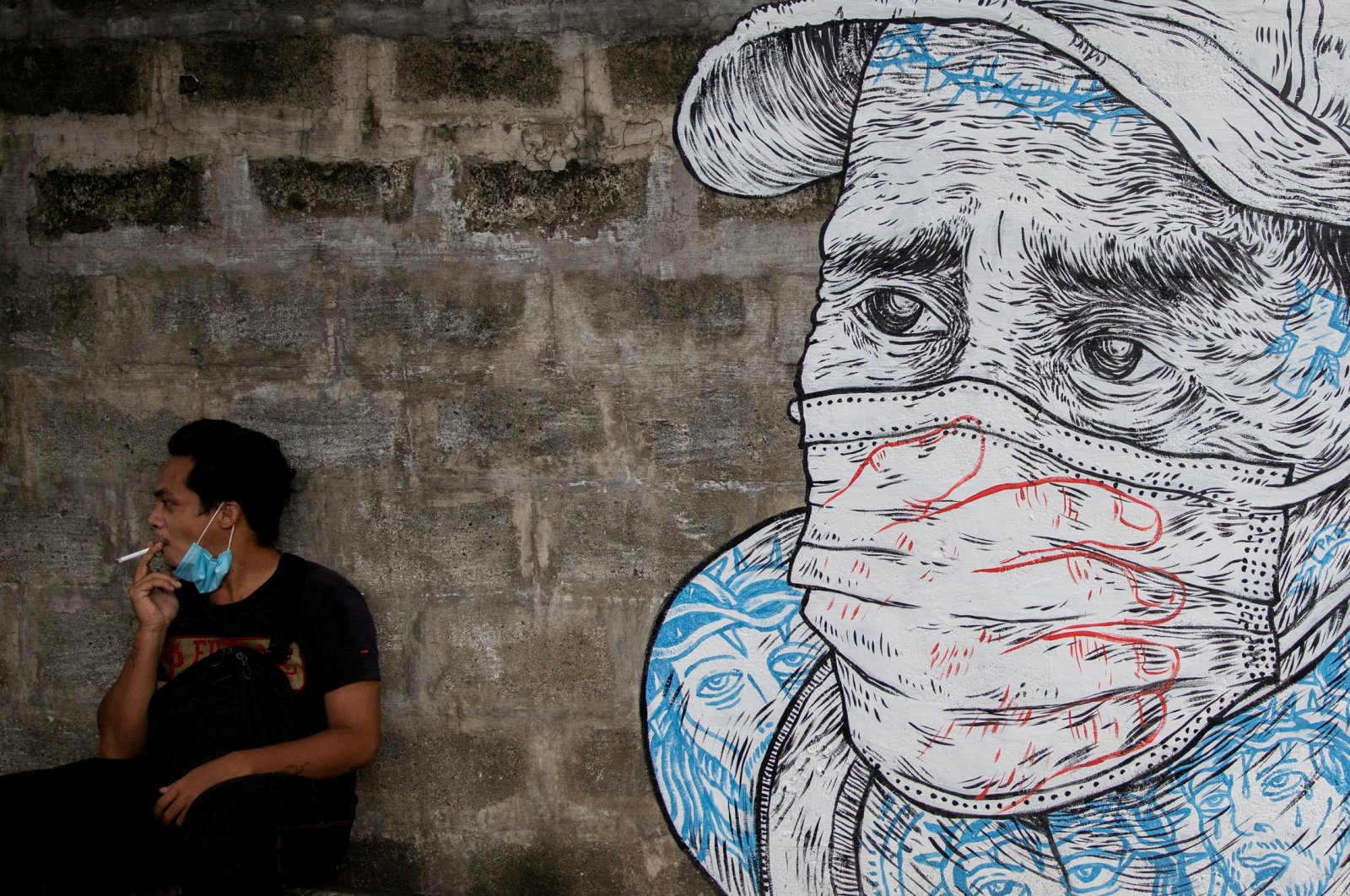 A man smokes a cigarette next to a mural of a man wearing a protective mask amid the COVID-19 outbreak in Quezon City, Metro Manila, Philippines, July 30, 2020. (REUTERS Photo)
by Daily Sabah with AP Aug 07, 2020 11:10 am
Edited By Yasemin Nicola Sakay
RECOMMENDED

We are seeing a lot of smokers and vapers puffing away freely on the streets and beaches, their masks lowered down to their chins, and hookah cafes operating at full capacity in complete disregard of social distancing or mask-wearing rules in Turkey. But could these people possibly infect you with the coronavirus with their secondhand smoke?

Experts say secondhand smoke isn’t believed to directly spread the virus, but acknowledge that the droplets they blow may be carrying the virus when they exhale.

Professor Cevdet Erdöl from the University of Health Sciences in Istanbul warns that hookahs are even worse when it comes to such matters.

“Hookah/shisha cafes are a very serious source of infection when it comes to highly infectious diseases and especially viral diseases. Even if you don't share a hookah mouthpiece and tube with others, the transmission risk of viruses is high because the smoke is emitted from the same machine," he said.

Being able to smell the smoke might be a red flag that you’re standing too close to the smoker. The respiratory droplets people spray when they talk, cough or sneeze are believed to be the main way the virus spreads. People also exhale those droplets when smoking or vaping.

“Not only are they potentially spreading the virus by not wearing a mask, but they are also blowing those droplets to the people around them to potentially get infected,” said Dr. Albert Rizzo, chief medical officer for the American Lung Association (ALA).

You should steer clear of secondhand smoke regardless. Breathing in secondhand smoke from cigarettes can cause various health problems, including heightening people's risks for heart conditions and lung cancer, according to the U.S. Centers for Disease Control and Prevention (CDC). But secondhand smoke may not be the only thing people have to worry about when it comes to these health risks.

A study conducted by scientists at Yale University in March found that compounds from tobacco smoke can infiltrate well-ventilated rooms by hitching a ride on peoples' clothes, skin and hair and then evaporating slowly over time in a process called "off-gassing." Dubbed "thirdhand" smoke, these acrid-smelling particles included cancer-causing compounds like benzene and formaldehyde, potentially posing serious health risks.