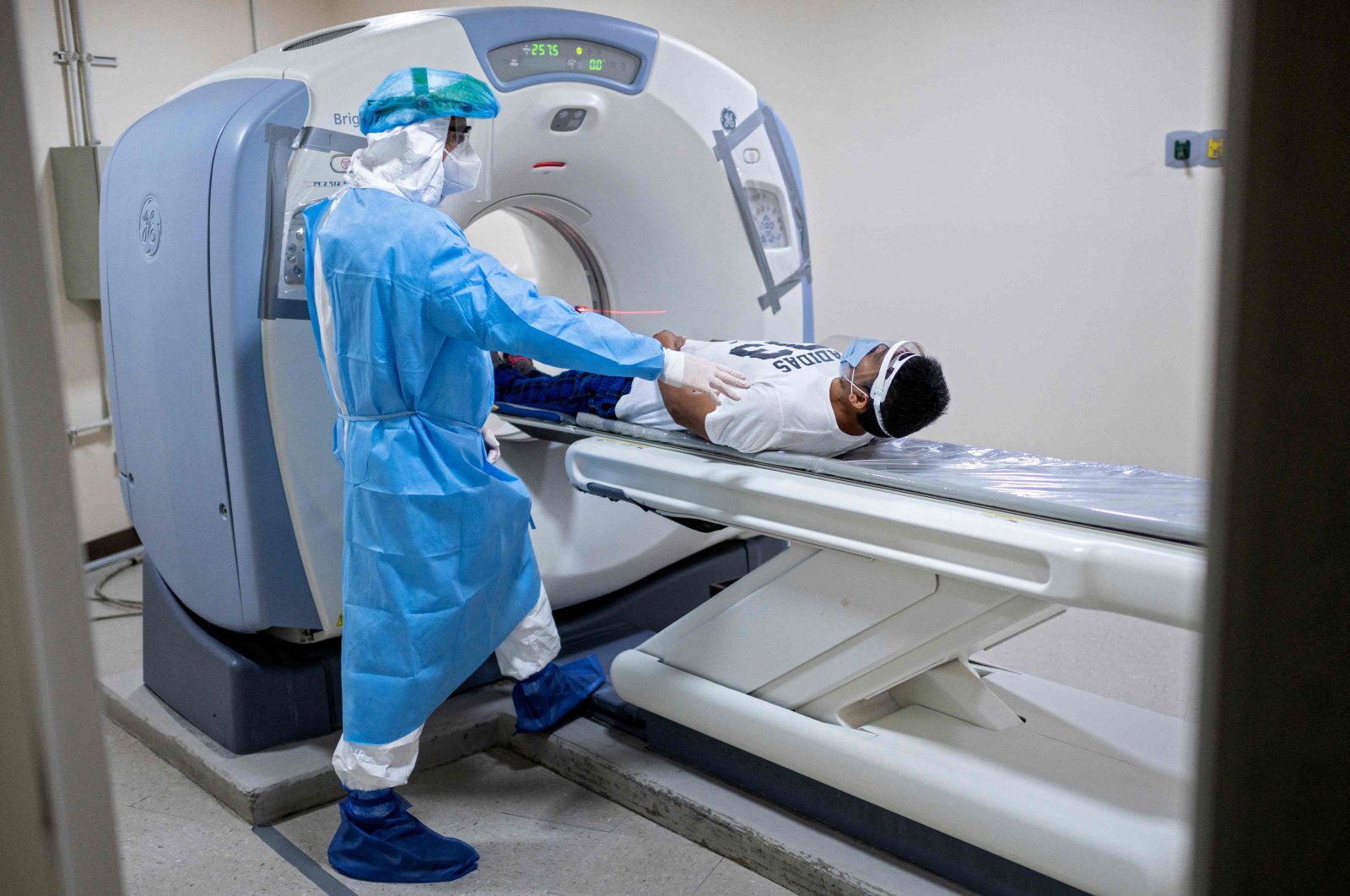 Headaches, confusion and delirium experienced by some COVID-19 patients could be the result of the coronavirus directly invading the brain, according to a study published Wednesday.

The research is still preliminary – but offers several new lines of evidence to support what was previously a largely untested theory.

According to the paper, which was led by Yale immunologist Akiko Iwasaki, the virus is able to replicate inside the brain, and its presence starves nearby brain cells of oxygen, though the prevalence of this is not yet clear.

S. Andrew Josephson, chair of the neurology department at the University of California, San Francisco, praised the techniques used in the study and said "understanding whether or not there is direct viral involvement of the brain is extraordinarily important."

But he added that he would remain cautious until the paper underwent peer review.

It wouldn't be completely shocking if SARS-CoV-2 is capable of breaching the blood-brain-barrier, a structure that surrounds the brain's blood vessels and tries to block foreign substances.

Zika virus, for instance, also does this – leading to significant damage to the brains of fetuses.

But doctors had believed until now that the neurological impacts seen in about half of all patients could instead be the result of an abnormal immune response known as a cytokine storm that causes inflammation of the brain – rather than the virus invading directly.

Iwasaki and colleagues decided to approach the question in three ways: by infecting lab-grown mini-brains known as brain organoids, by infecting mice and by examining the brain tissues of COVID-19 patients who had died.

In the brain organoids, the team found that the SARS-CoV-2 virus is able to infect neurons and then hijack the neuron cell's machinery to make copies of itself.

Infected cells in turn promoted the death of surrounding cells by choking their oxygen supply.

One of the main arguments against the theory of direct brain invasion had been that the brain lacks high levels of a protein called ACE2 that the coronavirus latches on to, and which is found in abundance in other organs like the lungs.

But the team found that the organoids had enough ACE2 to facilitate the virus' entry, and the proteins were also present in the brain tissue of deceased patients.

They also performed a spinal tap on a hospitalized COVID-19 patient suffering from delirium and found the individual had neutralizing antibodies against the virus in their spinal fluid – further evidence in favor of their theory.

The team then looked at two groups of mice – one set that was genetically altered so it had ACE2 receptors in only its lungs and the other in only its brain.

Finally, they examined the brains of three patients who died from severe COVID-19 related complications, finding evidence of the virus in all to varying degrees.

Intriguingly, the infected regions did not show signs of having been infiltrated by immune cells, such as T-cells, which rush to the site of other viruses like Zika or herpes to kill the infected cells.

This could hint that the overloaded immune response known as cytokine storm which is responsible for much of the damage seen in the lungs of COVID-19 patients might not be the main cause of neurological symptoms.

It has been hypothesized that the nose could provide the pathway to the brain, but the authors wrote this needed to be validated through more study.

They added that more autopsies will be required to learn just how prevalent brain infection might be.