Coronavirus vaccine in 18 months too optimistic, considering our progress with HIV in 30 years 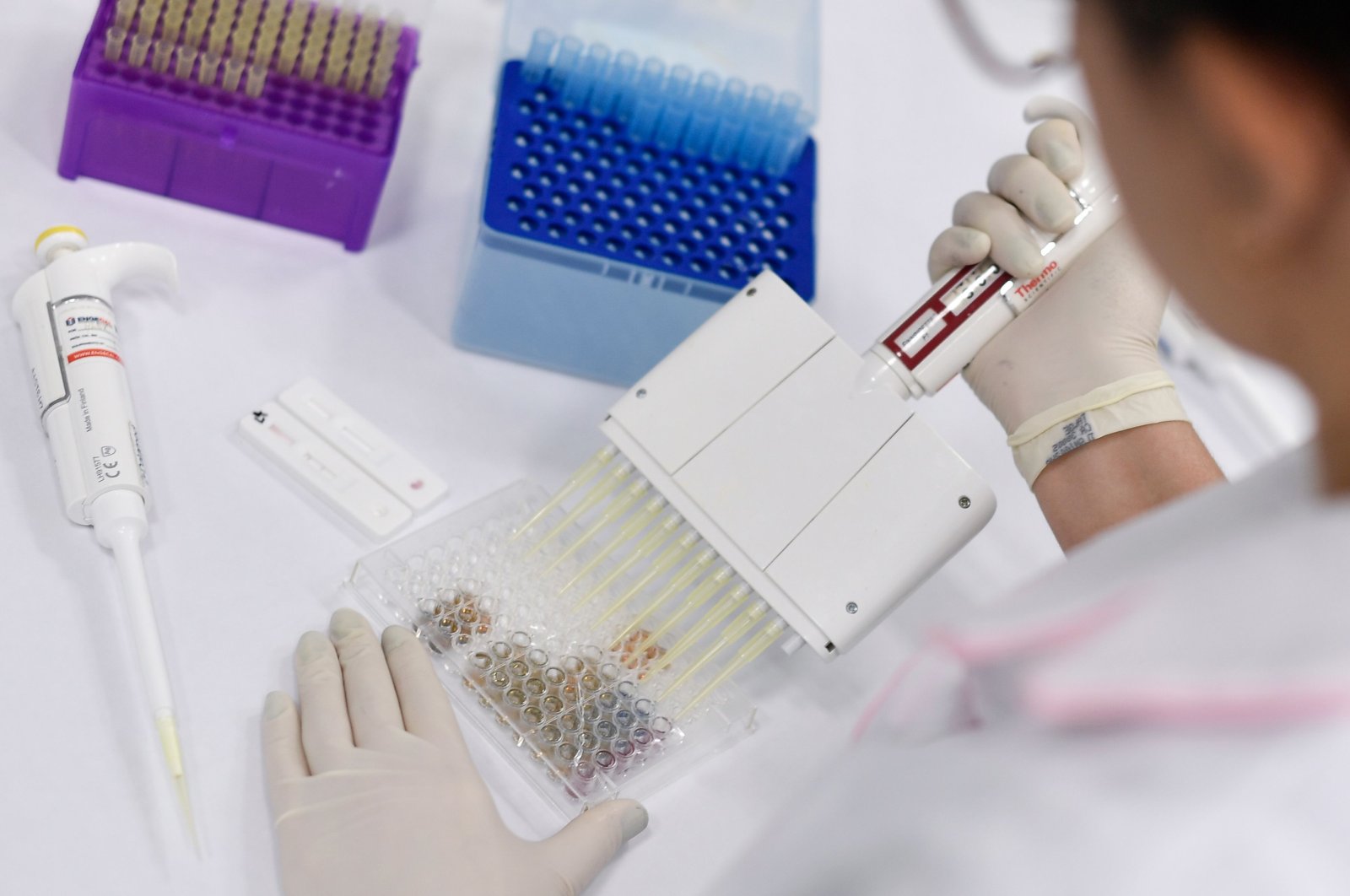 Countries around the world are racing to find a vaccine for coronavirus. (AFP Photo)
by DAILY SABAH Mar 31, 2020 9:07 pm

What makes the world think scientists can come up with a coronavirus vaccine in just 18 months when we don't even have one for HIV yet?

In the late 1980s, Michael Kinch, a young researcher, was trying to find a solution for the most important medical problem of that time, namely an HIV vaccine. He moved on, however, as many medical research centers and labs across the world were focused on the problem and the solution seemed to be easily within reach.

Decades have past and Kinch, who’s now associate vice chancellor at Washington University in St. Louis, points out that there is still no approved HIV vaccine after 30 years and 30 million deaths. The former drug developer calls people who are expecting a coronavirus vaccine within the next year lacking in good sense, saying: “There’s a built-in assumption that there will be a vaccine. We just have to go into it very sober.”

Governments, investors and the public have become spectators in the race to discover the COVID-19 vaccine that defeats the virus. Heads of state are all clamoring to find the miracle vaccine. Recently, even U.S. President Donald Trump ordered drugmakers to “get it done.”

To the majority of people, vaccines are considered safe and they are easy to understand. They are usually much cheaper than medicines and can offer protection for years, decades and sometimes, a lifetime. Unfortunately, experts argue that getting there is not simple and that one year is extremely fast for developing any vaccine. The fastest-moving coronavirus shots are made using completely new technologies that have never been proven useful to humans.

Some approved vaccines end up with side effects and could have varying effects on different people. For example, Sanofi’s dengue fever shot that was believed to defeat the insidious illness, but it instead worsened symptoms in some individuals who hadn’t yet been infected (a phenomenon called vaccine enhancement). There was also the Lyme disease vaccine that was pulled in 2002 amid its links to arthritis.

Many researchers, including the director at the National Institute of Allergy and Infectious Diseases Anthony Fauci, say that a coronavirus vaccine could be ready in 12 to 18 months; however, the editor in chief of Science magazine, Holden Thorp, pointed out that there are no guarantees and expressed his concerns, saying, “People would get their hopes up and think that we’re going to achieve something sooner than we are, which will be demoralizing if we aren’t able to do that.”

“People are way more optimistic than they should be,” said Dmitry Kuzmin, the managing partner at 4Bio Capital, a venture capital firm in London, to Bloomberg. “I am a 100% believer in vaccines, but there’s a reality that we’re in a race against a virus and we are starting four or five laps behind,” he said.