Could a cocktail of hydroxychloroquine and zinc cure coronavirus? Scientists investigate 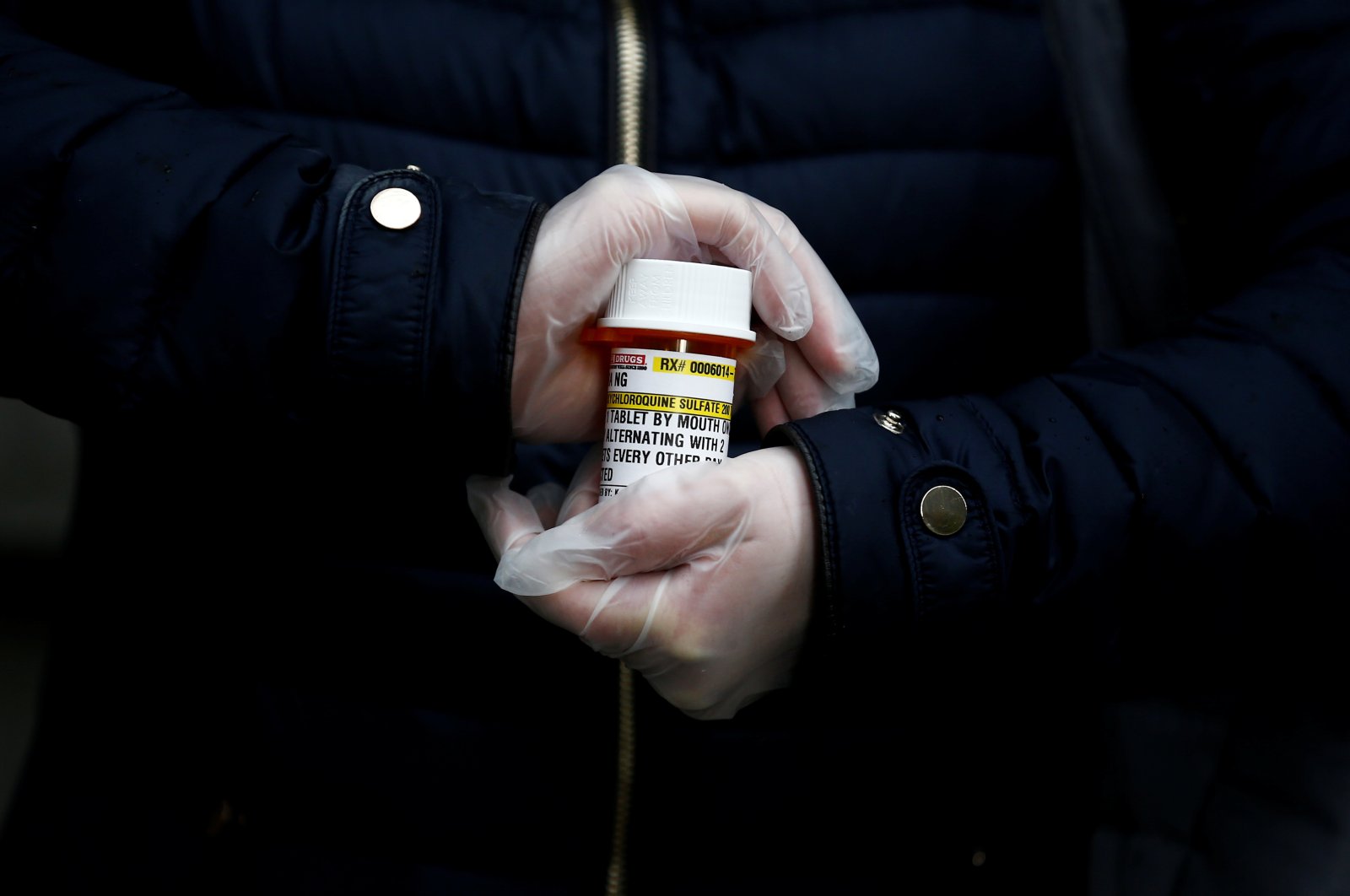 A woman is pictured with her hydroxychloroquine prescription during the coronavirus disease (COVID19) outbreak in Seattle. (Reuters Photo)
by French Press Agency - AFP May 12, 2020 12:10 pm
RECOMMENDED

The antimalarial drug hydroxychloroquine has shown mixed results against the coronavirus in early studies, but a new paper out of New York suggests combining it with the dietary supplement zinc sulfate could create a more effective treatment.

The research by the NYU Grossman School of Medicine was posted on a medical preprint site on Monday, meaning it hasn't yet been peer-reviewed.

Those receiving the triple-drug combination had a 1.5 times greater likelihood of recovering enough to be discharged, and were 44% less likely to die, compared with the double-drug combination. It did not, however, change the average time patients spent in the hospital (six days), the time they spent on the ventilator (five days) or the total amount of oxygen required.

Senior investigator and infectious disease specialist Joseph Rahimian told AFP it was the first study to compare the two combinations. But he cautioned that a controlled experiment would be needed to prove the benefits beyond doubt.

"The next logical step would be to do a prospective study to see if this holds up in people that you give zinc to, and then you watch and compare," he said.

Hydroxychloroquine has been proposed as a treatment against the virus because it has antiviral properties that have been proven in lab settings, but not in people. It interferes with the virus' ability to enter the cells – and also seems to block them from replicating once they are already inside. Zinc itself has antiviral properties, and past research has suggested it may reduce the time people suffer from common colds.

Rahimian said it may be that when used to treat COVID-19 patients, the zinc does the heavy lifting and is the primary substance attacking the pathogen.

Hydroxychloroquine, on the other hand, acts as an agent that transports the zinc into cells, increasing its efficacy, he suggested.