Dinosaur methods of pushing healthy food on children may be fruitless 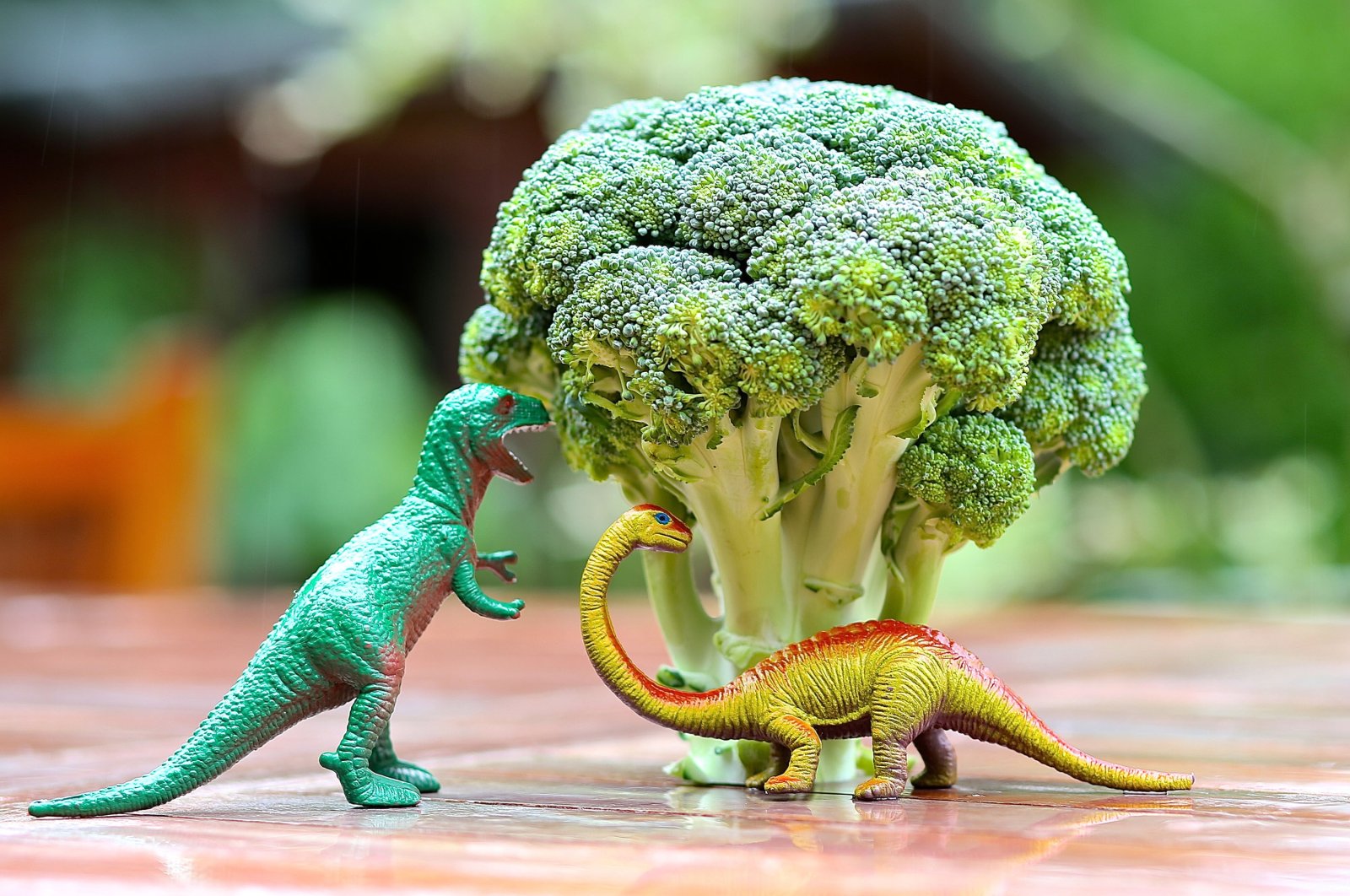 Toy dinosaurs appear to be eating from a broccoli tree. (Shutterstock Photo)
by German Press Agency - DPA
Aug 03, 2021 10:04 am

We all have been there when we were kids, “Here comes the train!” And before we could say “Who even still rides the train,” a mouthful of broccoli. Parents wish to control their children's diets, this has been an age old notion, but it may not be the best option to push “healthy” food to children while restricting others.

Doing this, will turn kids off to healthy food, warns parenting coach Julia Litschko, co-author of a book on trusting children's "inner nutrition compass." She says parents should take a look at things from children's perspective.

"Whether it's at home, the creche or school, food is always divided into 'unhealthy' and 'healthy,' which provokes an inner rejection of 'healthy' foods," she says, adding it would be better to categorize food as "tastes good" or "doesn't taste good" instead.

And when children then stuff themselves with something that tastes good, their body will tell them whether it agrees with them or not.

"They gain personal experience this way," says Litschko, who is a mother herself. If they have stomach discomfort after eating too many crisps, they'll eat less the next time or avoid crisps altogether. Litschko describes this as learning proper eating via body signals.

Solicitous parents can keep an eye on these body signals.

After a child has scoffed down a big bag of crisps, for example, the parent could inquire, "How's your stomach? It feels heavy, doesn't it? I've had that happen to me too!" This, remarks Litschko, is better than saying, "I told you that would happen!"

She suggests that family members compare notes on how their bodies react to various foods.

"When you eat sour things, you could discuss their effect on the lining of the mouth, for instance," says Litschko, who advises parents to offer their kids a wide variety of foods and not allude to slimming diets at the dinner table, example "I'm too fat," or "I'm on a diet."

Parents should "whet children's appetite for foods," she says. For example, parent and child could sniff the aroma from a pot of food together, after which the parent samples the food and then asks, "Would you like to try some too?"

Another tip from Litschko: "Telling children they have to eat their vegetables before they can have dessert is counterproductive," she says because it places greater value on dessert by implying it has to be earned.

She says it's better to put both on the table and let children learn for themselves that dessert alone won't satisfy their hunger very long.