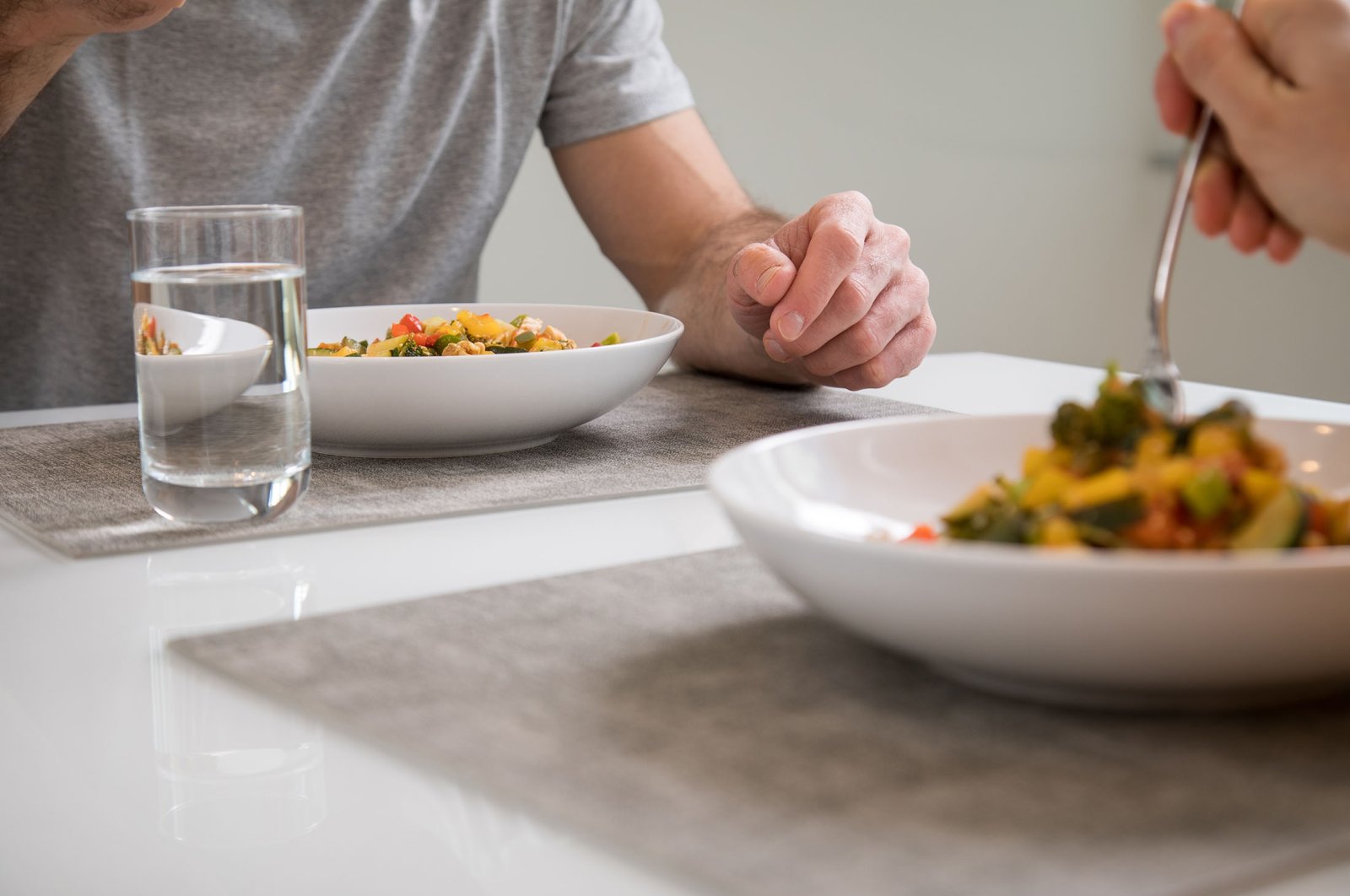 It's been said at many a dinner table that drinking during a meal is not good for digestion, experts don't agree. (dpa Photo)
by Deutsche Presse-Agentur - dpa Jul 05, 2022 10:34 am
RECOMMENDED

Everybody has a drink to accompany dinner, whether it's a fizzy drink or just plain water, it's no fun to eat without something liquid to supplement your palate. However, it is also often said that drinking during a meal is not good for digestion. Is there any truth to this claim? Experts say it doesn't slow down digestion, in fact, it actually helps it – especially if the water in your glass is lukewarm.

Is it OK to drink something during a meal? This is a question raised particularly by parents of young children, many of whom were taught by their own parents that you shouldn't drink anything until after a meal.

The rationale is that ingesting fluids dilutes stomach acid, disturbing digestion. Is this true?

"There is indeed a kernel of truth in that," says Johannes Georg Wechsler, president of the Federal Association of German Nutritional Physicians (BDEM). "If you drink a lot during a meal, you do in fact cause a dilution of stomach acid."

He doesn't advise drinking nothing at all while you're eating though.

A word about stomach acid: Your body produces up to 4 liters of it daily. It breaks down food into its individual constituents for further processing. It also kills most of the germs we ingest with our food that aren't killed by saliva in our mouths.

Rita Rausch, a food and nutrition expert for the consumer advice center in the German state of Rhineland-Palatinate, also sees nothing wrong with drinking something while eating.

"A glass of water during a meal doesn't hurt – on the contrary," remarks Rausch, who says it helps to transport food chewed and mixed in the mouth with saliva into the stomach, and from there, the intestines.

However, she expresses understanding for the mealtime rule in some families to eat first and drink afterward: "It's often apt when children don't get much enjoyment out of eating," Rausch says, surmising that parents are worried a drink will distract from the food, causing the child to eat too little and become undernourished.

"You can strike a compromise in such cases," she suggests: Allow the child to drink something while eating, but only one glass, the contents of which have to be spread out over the entire meal.

If it's OK for kids to drink during meals, what should it preferably be? "Water, so that they really taste the food," says Wechsler, adding that it doesn't matter whether it's tap water or bottled water, carbonated or not.

Although many adults drink wine or beer with meals, "this ends up masking the taste of the food," he says. And alcoholic beverages are high in calories.

"The same goes for sodas, cola and fruit juices," says Rausch. For those who turn up their noses at a glass of water during meals, she suggests unsweetened fruit tea as an alternative.

Having a glass of water before a meal can be a good idea too, Wechsler says, "especially for people who have to watch their weight or are on a slimming diet."

The water stretches your stomach, creating a feeling of being mildly full that diminishes your appetite and makes it more likely you'll eat less, he explains, "although there's no scientific evidence that drinking water makes you slim."

Be it before, during or after a meal, "it's best when the water you drink is lukewarm," Wechsler advises, as water at a temperature of about 36 degrees Celsius (96 degrees Fahrenheit) stimulates metabolism and thereby digestion. This is particularly beneficial after a big meal.

There's something else that aids digestion, at least for adults: "Drink an espresso after eating," says Wechsler, noting that the bitter-tasting compounds in it help to get your digestion going – not to mention that a strong shot of coffee after a meal is a treat for many people.

Water isn't only important for digestion, of course, but is vital for overall good health. "People generally don't drink enough fluids though," he remarks. "Adults should ideally drink about 2.5 liters daily."

Don't drink it all at once, however, since the body can efficiently absorb only a limited amount at a time. According to Wechsler, a glass of water per hour is optimal.

Children require smaller amounts. The German Nutrition Society (DGE) recommends that children between the ages of 4 and 7 drink 940 milliliters daily.

Drinking fluids is essential because we lose up to 2.5 liters of water daily – through perspiration, for instance – even without strenuous physical activity. If we don't replenish this loss by drinking, our body can't optimally supply itself with oxygen and nutrients.

"This can manifest itself, for example, in difficulty concentrating, headaches and dizziness," Wechsler warns. If you drink no fluids for seven days, you'll die of thirst.