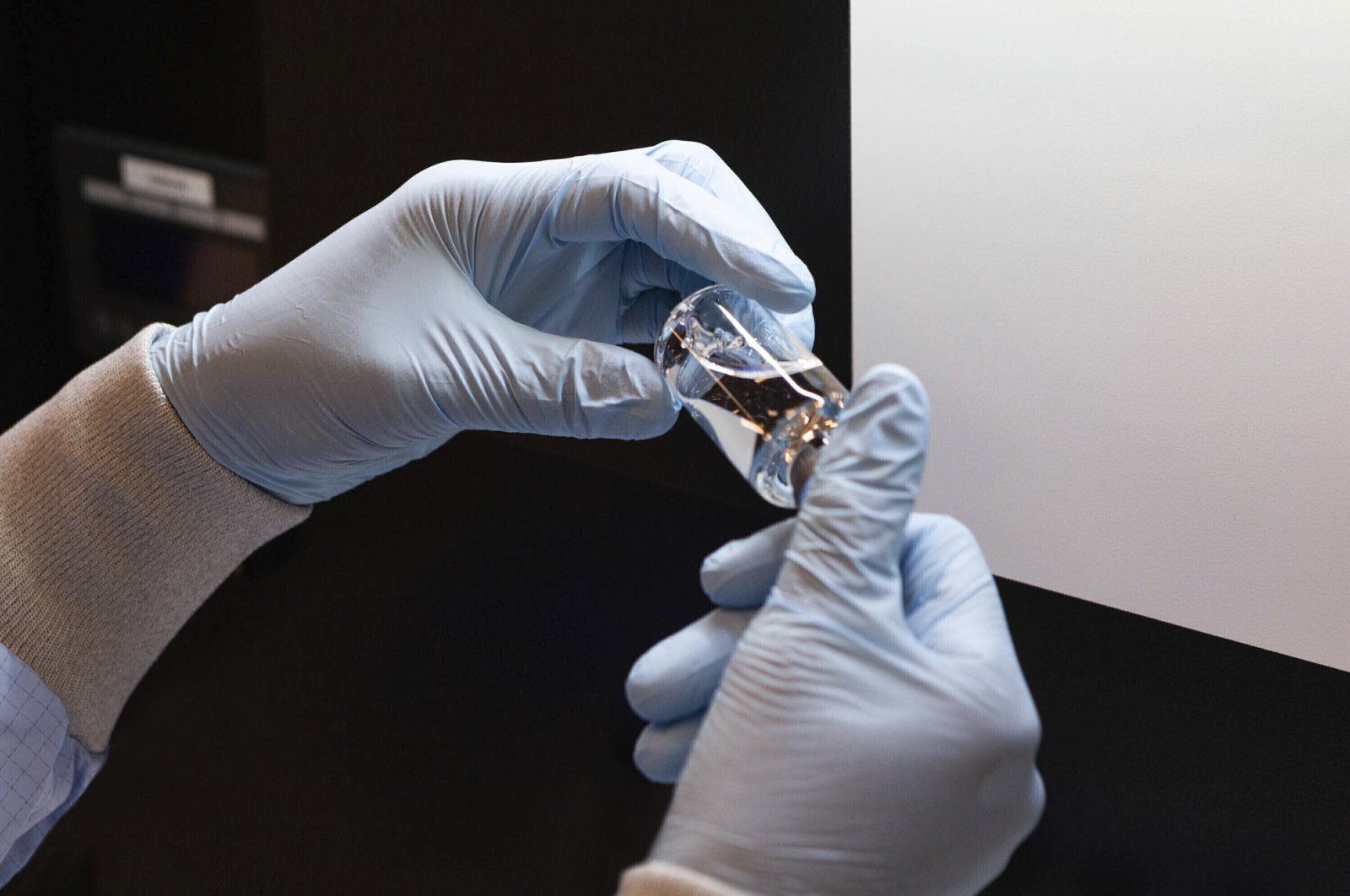 In this March 2020 photo provided by Gilead Sciences, a vial of the investigational drug remdesivir is visually inspected at a Gilead manufacturing site in the United States. (AP Photo)
by REUTERS May 02, 2020 12:14 am
RECOMMENDED

The U.S. Food and Drug Administration (FDA) has granted authorization to Gilead Sciences Inc for emergency use of its experimental antiviral drug remdesivir to treat patients with COVID-19, the agency and President Donald Trump said on Friday.

During a meeting in the Oval Office with Trump, Gilead Chief Executive Daniel O'Day called the move an important first step and said the company was donating 1.5 million vials of the drug to help patients.

"We're humbled by this being an important first step for ... hospitalized patients. We want to make sure nothing gets in the way of these patients getting the medicine, so we made a decision to donate about 1.5 million vials," he said.

Gilead said on Wednesday the drug had helped improve outcomes for patients with COVID-19, the respiratory disease caused by the novel coronavirus, and provided data suggesting it worked better when given earlier in the course of infection.

The closely watched drug has moved financial markets in recent weeks, following the release of several studies that painted a mixed picture of its effectiveness. Interest in Gilead’s drug has been high as there are currently no approved treatments or preventive vaccines for COVID-19, and doctors are desperate for anything that might alter the course of the disease that attacks the lungs and can shut down other organs in extremely severe cases.

Gilead has defended prospects for remdesivir in helping fight the coronavirus pandemic against signs that it may not provide a significant benefit.

A draft study abstract released inadvertently by the World Health Organization (WHO) last week said remdesivir failed to improve patients’ condition or reduce the pathogen’s presence in the bloodstream. The drugmaker said the findings were inconclusive because the study was terminated early.

Remdesivir, which previously failed as a treatment for Ebola, is being tried against COVID-19 because it is designed to disable the mechanism by which certain viruses, including the new coronavirus, make copies of themselves and potentially overwhelm their host’s immune system.

Vice President Mike Pence said the 1.5 million vials would start being distributed to hospitals on Monday.