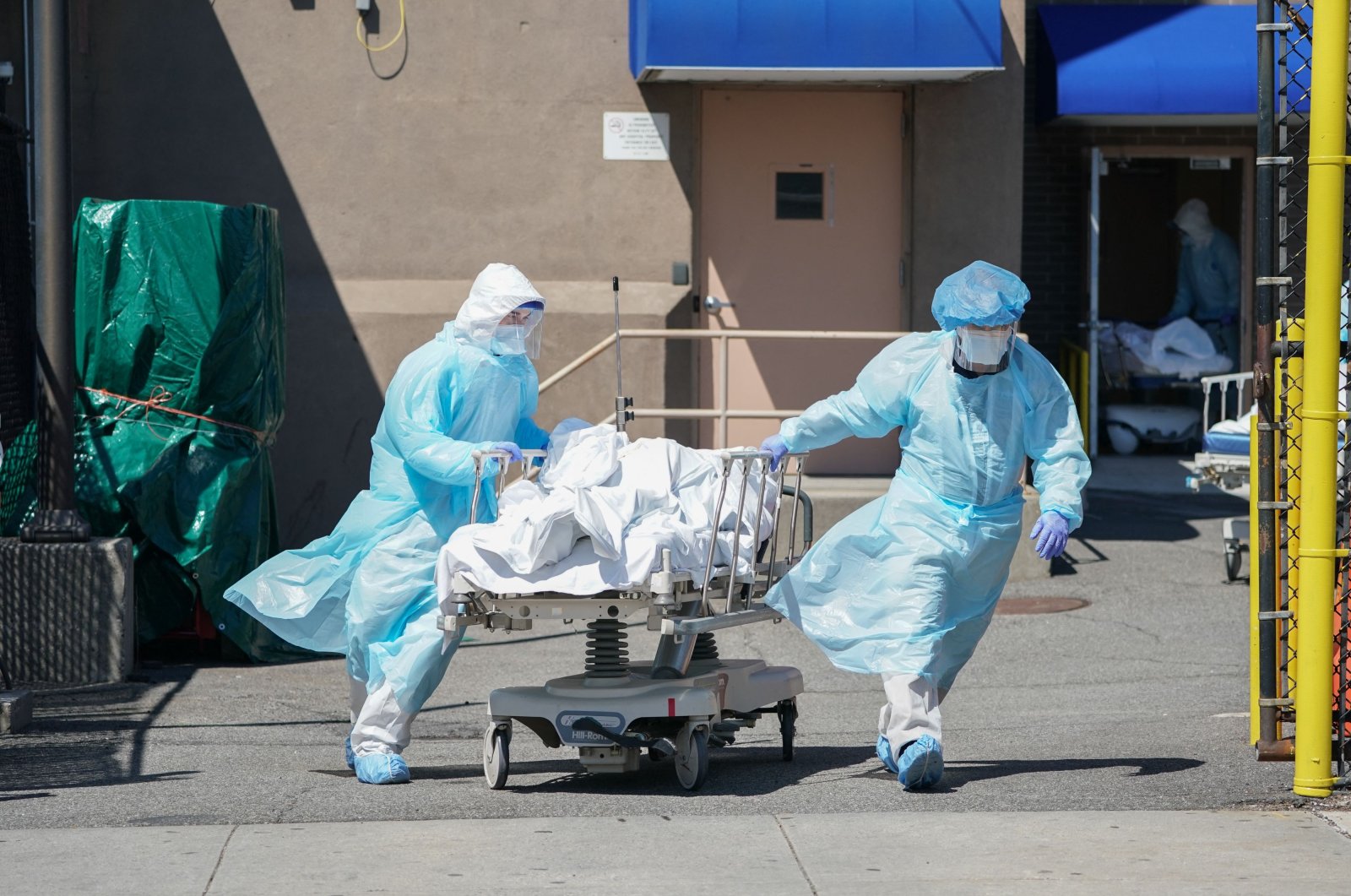 In this file photo, bodies are moved to a refrigeration truck serving as a temporary morgue at Wyckoff Hospital in the Borough of Brooklyn in New York on April 6, 2020. (AFP Photo)
by Anadolu Agency Feb 25, 2021 9:30 pm
RECOMMENDED

The number of people who have died from the coronavirus has exceeded 2.5 million worldwide, according to Johns Hopkins University on Thursday.

Data from the U.S.-based school showed more than 112.7 million have been infected by the virus that emerged in China in December 2019 and has since spread to every corner of the world.

The U.S. remains the country with the highest number of infections and fatalities, with 28.3 million and over 506,000, respectively. It is followed by India with 11 million and Brazil with 10.3 million infections.

In terms of confirmed COVID-19-related deaths, however, Brazil follows the U.S. with 249,957 fatalities, while Mexico has the third-highest death toll with 182,815.

More broadly, worldwide cases and deaths have declined in recent months with infections on the general decline since they peaked in early December when nearly 1.5 million were counted on Dec. 10 alone.

Daily deaths have also been on a gradual decline since Jan. 20 when 17,843 fatalities were reported.

The global community is rushing to distribute a host of vaccines from drug makers worldwide, including two from U.S.-based companies Pfizer and Moderna that uses a novel method to fight the virus.

The mRNA vaccines have shown remarkable efficacy in combating infection as clinical trials have shown them to be more than 94% effective.

Other vaccines have used more traditional approaches to fighting the virus, including one from China's Sinopharm, which is about 80% effective.

Still, new variants emerging worldwide have scientists on edge about whether the vaccines will remain as effective in combatting mutations.

A Danish study also recently found that the U.K. variant of coronavirus increases hospitalization risk by 64%.